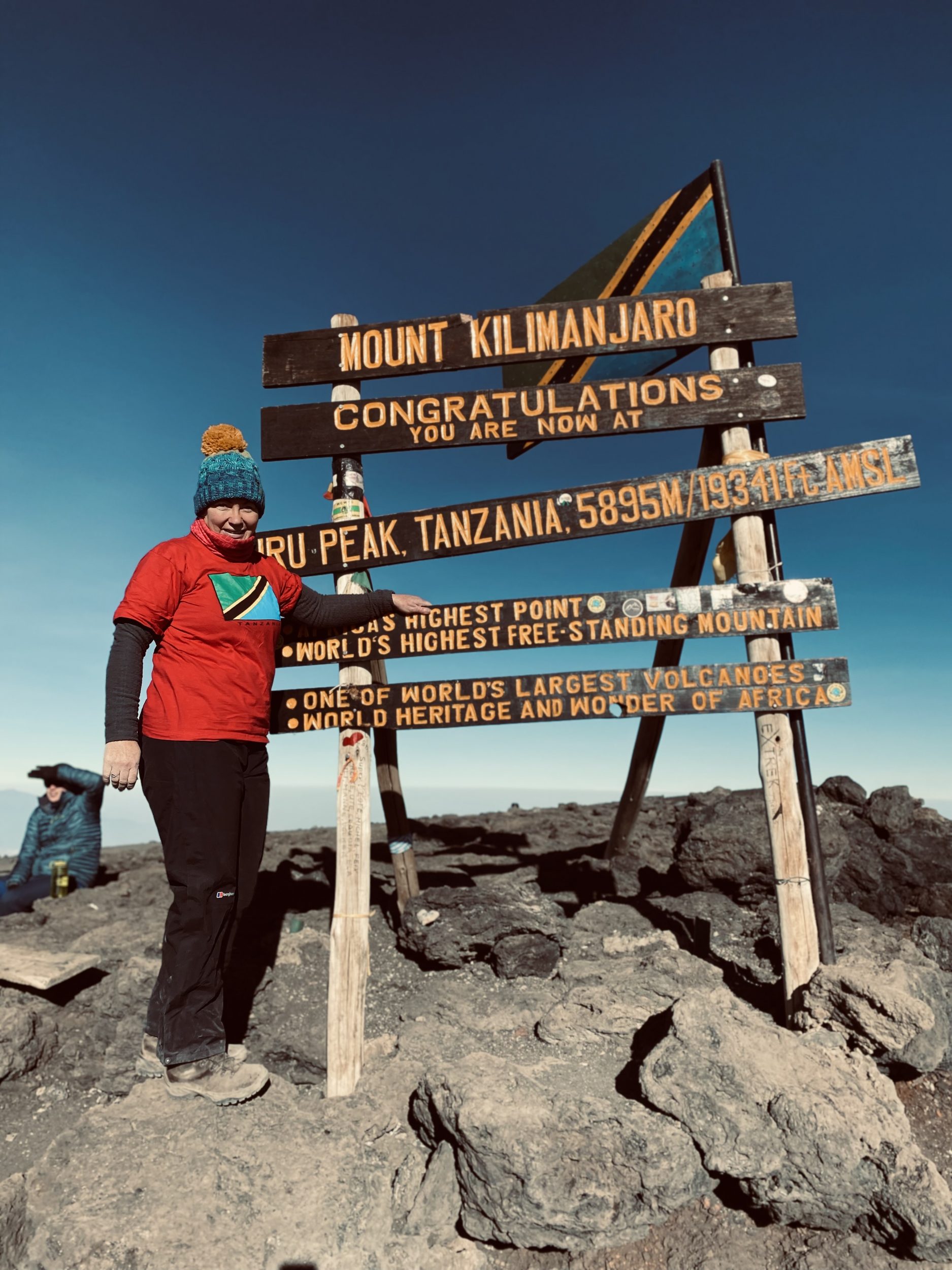 Climbing the highest mountain in Africa helped a grieving Clydebank mother put her life back together following the sudden loss of her daughter.

And in the process of scaling the 5,895 metres (19,341 ft) dormant volcano, she raised £6,000 for a Scottish charity supporting bereaved parents.

Vicki Lenaghan struggled to cope with her grief after her 17-year-old daughter Regane Maccoll died after a night out with friends in the Arches nightclub in Glasgow in 2014.

Vicki said: “A few months after Regane died I was really struggling.

“I went back and forth to the doctor but they were just giving me tablets to sleep at night and tablets to function during the day.

“I remember thinking I couldn’t get through this. I was in such a dark place.”

Support in the Dark

A relative told her about the Brightest Star Charity, which helps and supports parents of bereaved children.

This began her own journey of coming to terms with life without her daughter.

“I got in touch with the charity and just went straight to a meeting.

“When I walked in the first time the bereaved parents in that room just understood what I was going through, no one else really did.

“I did group meetings and intensive group therapy. Then I had a lot of intensive counselling.”

The Brightest Star charity gave Vicki and her two boys much needed help and support getting them through their darkest days.

“Arlene, the founder of Brightest Star, puts memory boxes in all the different hospitals so parents can take a handprint or a lock of their child’s hair, wee things like that make a big difference,” Vicki added.

“It was horrible when Regane died, I walked out of that hospital without a thing.”

As she started to recover from her loss she wanted to do something to help other families just starting to come to terms with the death of a child.

And it was memories of Regane’s adventures which gave her inspiration.

Regane was a bright caring pupil who attended St Peter the Apostle High School in Clydebank.

In 2013 she travelled to Tanzania with the school to volunteer with a local charity.

Vicki said: ”She absolutely loved it. They were staying in the foothills of Kilimanjaro and she was planning on going back the following year.

“On her return she said to me “mum I’m going to climb Kilimanjaro”, we just kind of laughed about it at the time.

Although Regane never got the opportunity to take that return trip, the conversation planted the seed for Vicki to make the journey instead.

She said: “After a few years of Regane passing, and the stronger I got I just felt this urge to go to the last place she visited.

“I wanted to climb it for her, as she never got to do it. I also wanted to challenge myself and give myself something to focus on.

“I have been very like that throughout my grieving process I’ve always needed a goal, something to work towards, otherwise I just go down mentally.”

The whole trip took a year of planning.

Her mum was most worried about her going on her own.

However, when she received that phone call from Vicki to let her know she had reached the summit, there was a real sense of relief.

Vicki said: “After I summited and returned further down to a lower camp I managed to get a signal on my phone and got through to my mum and I told her, I did it.

“She was crying and I was crying. I just couldn’t believe it when I reached the top. I never thought I was going to do it.”

Her family is a tremendous support and even organised a surprise welcome home party.

It was an emotional evening with Regane at the heart of everyone’s conversations.

Vicki said: “It was a great night. I couldn’t have done it without them. I want to make sure that she is still getting spoken about. I still feel her love, it has been really good for me.

“I just don’t want people to forget her. As time goes on you feel she’s kind of drifting away, doing this brought her closer to me again.”

Vicki intends to take a few months out to spend time with her family and let the realisation of what she did sink in.

When she is ready she intends to do more fundraising events in aid of the Brightest Star Charity and keep her daughter’s memory alive.

Find out more about the Brightest Star charity at www.brighteststar.org.uk