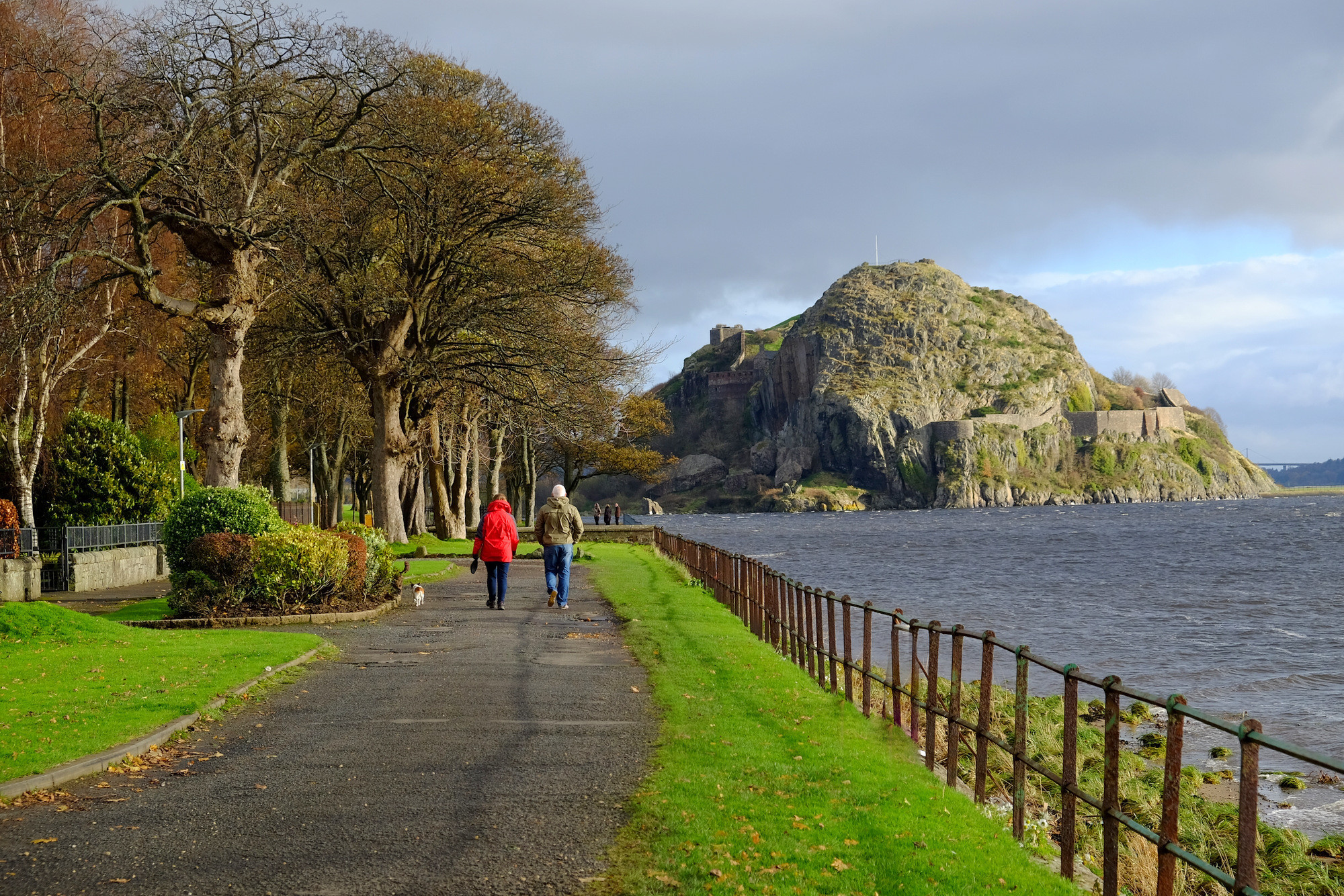 Over 100 years old, originally built for the John Brown & Company Shipyard, the crane was designed by Sir William Arrol, and is one of four remaining on the River Clyde.

The giant 150-tonne cantilever crane was erected around 1907 for what was then the largest shipbuilding company in the world.

It was intended to move heavy machinery.

This was launched in 1812 and provided the first regular steamship service on the Clyde.

It was in fact the first commercially viable passenger steamboat service in Europe and ran between Glasgow and Greenock.

This was such an achievement that not only was this monument erected to him here, but another obelisk can be found on the esplanade in Helensburgh and a replica of the Comet in Port Glasgow.

Celebrating her 75th Diamond Jubilee this year since her maiden voyage on June 16 1947.

The Waverley was the “new” Clyde steamer in a post-war world.

Unknown at that time she would be the last steamer built to serve the Clyde coast and would become the last seagoing paddle steamer in the world.

Ardmore Point, between Cardross and Helensburgh, has stunning views across the Clyde and you can see the ‘Sugar Boat’ shipwreck from here.

On the night of January 27, 1974, fierce winds were battering Scotland’s west coast.

Moored on the River Clyde, waiting to unload its cargo of raw east African sugar for the Tate & Lyle refinery in Greenock, the MV Captayannis took the full force of the storm.

For almost 50 years its rusting hulk has risen, whale-like, from the waters of the River Clyde.

A plan to blow it up was shelved because of its proximity to the Ardmore Point bird sanctuary.

The elements are slowly eroding the Sugar Boat but for the foreseeable future, it remains as much a part of the Clyde landscape as the hills that surround it.

Ardmore Point is a great site for birdwatchers to see wintering Slavonian Grebe with the Clyde now being of international importance for the species.

Further down the coast we come across two of the newest works of public art recently installed at Port Glasgow and Greenock.

While at the waterfront in neighbouring Greenock the ‘The Yardmen’ by artist Jason Orr are the smallest works of art, celebrating Inverclyde’s rich shipbuilding heritage in miniature form.

The 12-inch-tall figures represent the lives and work of the ordinary people who built the Clyde coast, and the skills of all of the workers who committed blood, sweat and tears to the shipbuilding industry.

At Langbank, one of my favourite views from the River Clyde, is Dumbarton Rock and Castle with Ben Lomond, Scotland’s most southernly Munro (mountain over 3000ft) dominating the background.

The main building which can be seen on the Rock is the Governor’s House with the Guard House just above it.

Dumbarton Castle has the longest recorded history of any stronghold in Scotland.

It sits on a plug of volcanic basalt created over 330 million years ago and is 240 ft high, overlooking the town.

It has played host to the Picts, early Britons, Romans, Vikings, Mary Queen of Scots and Oliver Cromwell, to mention just a few.

The new viewpoint sculpture on the riverside walkway at Dumbarton Harbour, bears the coat of arms and frames the view of Dumbarton Rock and River Leven.