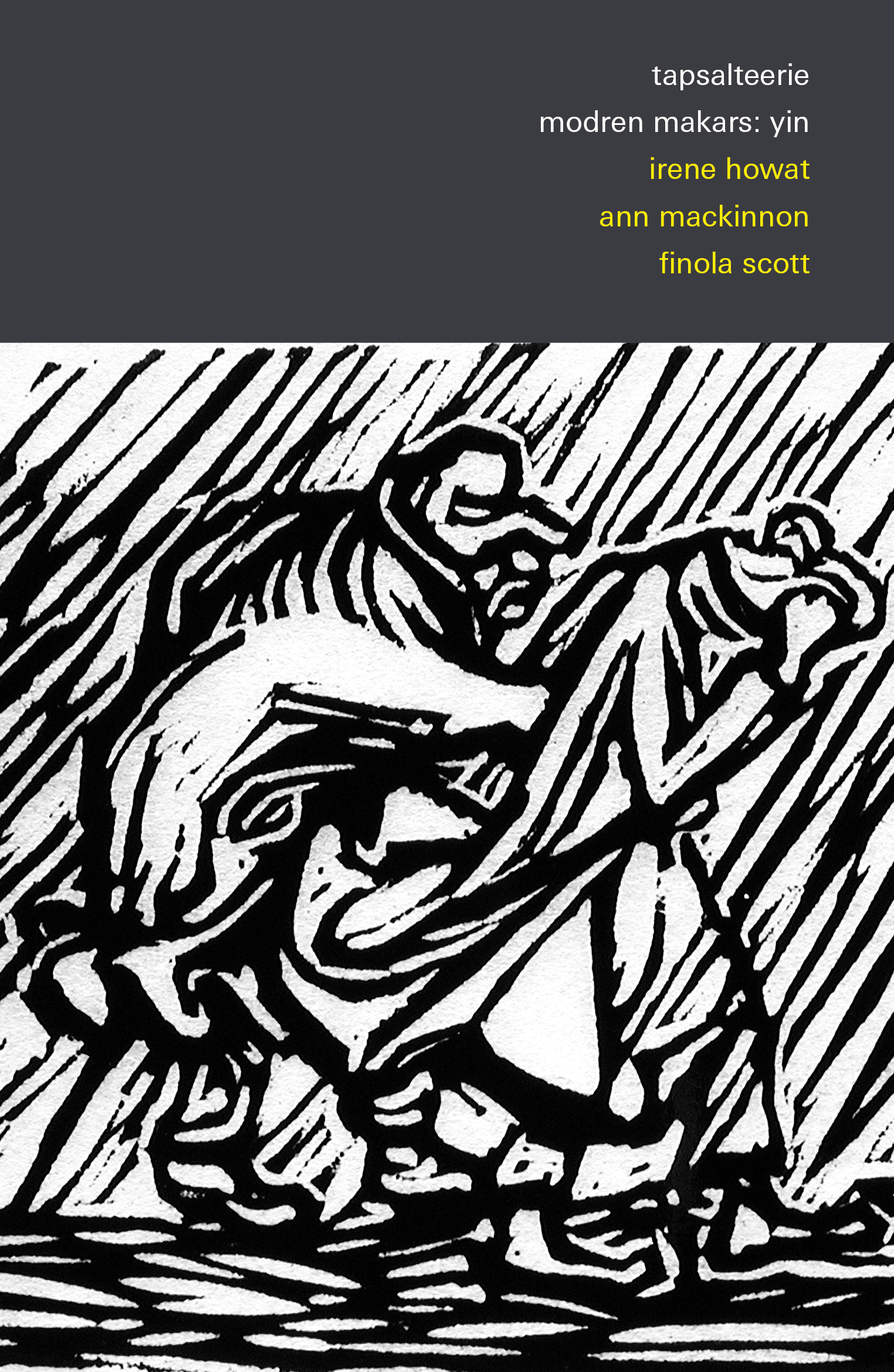 Described as a vibrant and exciting anthology ‘Modren Makars: Yin,’ is the first of an intended series of poems written in Scots.

The overall aim is to promote the Scots language by encouraging modern writers to produce work in that language.

Each subsequent book will feature a different trio of poets reflecting the talents of Scottish writers of a wide spectrum.

Each of the three offers a selection of thirty poems displaying a variety of styles and representing differing voices and perspectives.

“Ann MacKinnon’s poems range from keenly observed minutiae of modern life to the existential history of the European continent and Scotland’s place therein.

Finola Scott brings her lyric mastery to both the very contemporary and also to the deep time of Scotland’s psyche.

Irene Howat’s musical Ayrshire Scots explores how we as human beings connect across generations and across different experiences.” – Christie Williamson

The first in a series of ‘An Evening with…’, at Helensburgh Library, featured Balloch poet, Ann MacKinnon.

Ann read a selection of her poems, spoke of inspiration, writing in Scots or English and engaged in discussion with members of the audience.

After an interesting talk people stayed for the more ‘social’ side.

Thanks to all who supported the event.

Modren Makars: Yin is available from Central Books and at www.tapsalteerie.co.uk