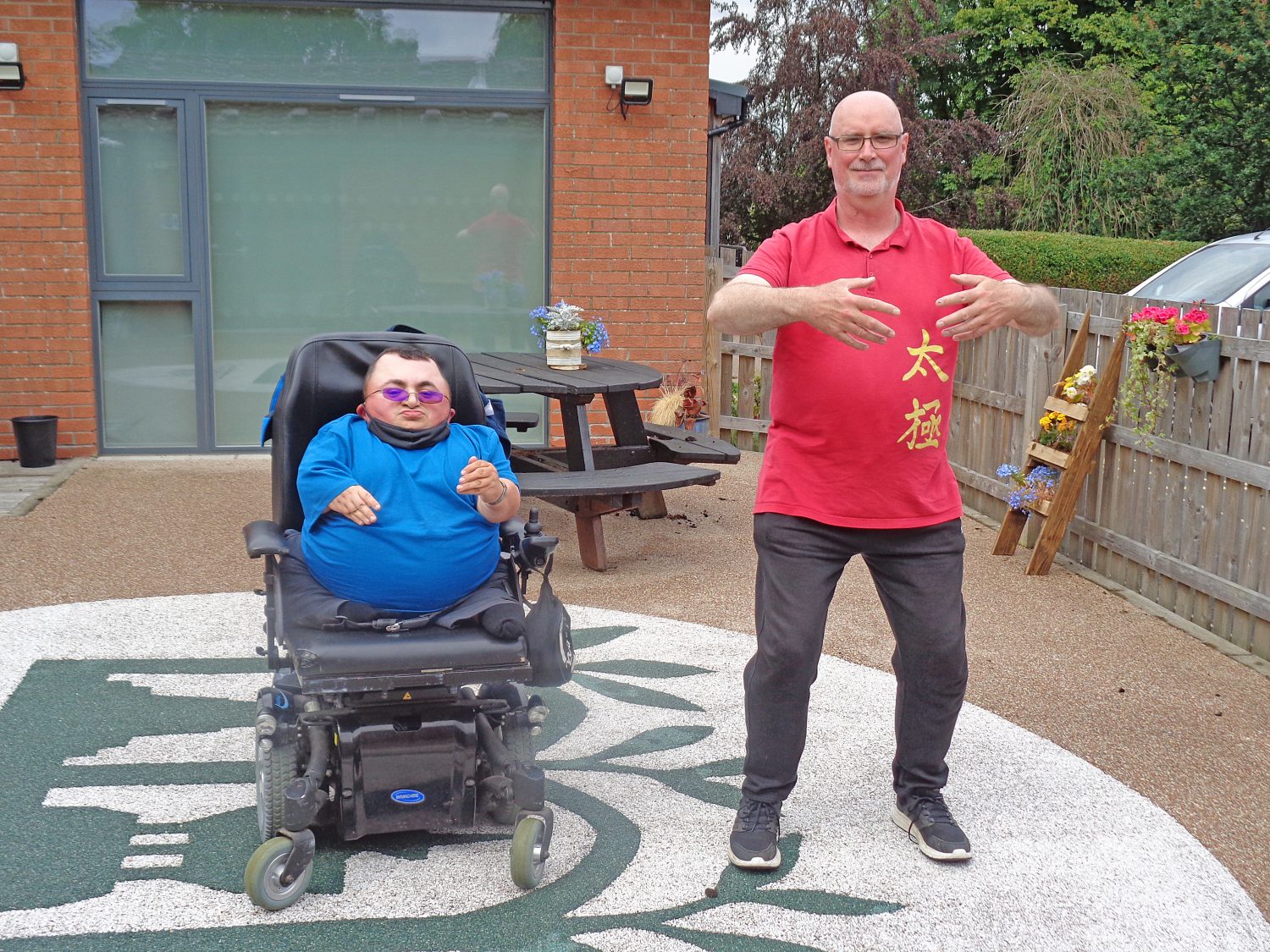 Over the last few years Chris Godwin has been running Tai Chi Classes in West Dunbartonshire to help people relax and get fitter.

Chris, who lives in Helensburgh, has practised Tai Chi for nearly 23 years.

A bad accident damaged Chris’s left leg and it was in plaster for six months.

After the plaster came off, he couldn’t walk properly.

A relative, who was attending Tai Chi classes, suggested Chris go along as the exercises would be good for his leg muscles and tendons.

This suggestion totally changed his life.

Chris said: “If it wasn’t for Tai Chi, and the complementary exercise with Tai Chi, which is called Qigong, I’d be walking with a limp today.”

A training officer with Glasgow Social Work Department for eight years, he left to start his own training business, which didn’t work out.

Chris wondered what to do next when someone suggested he teach Tai Chi.

The classes began outside in Levengrove Park in 2017 and I was one of the first people to attend.

The word Tai Chi relates to a philosophy that’s one of the main cornerstones of Chinese culture.

The idea is of complementarity opposites, Yin and Yang, which can be seen in the Tai Chi symbol, a circle with one-half black and one-half white.

Chris described it as looking like two fish swimming around each other.

It is a philosophy which has been around a long time, the symbol itself is about 3,500 years old.

And Tai Chi Chen, meaning Tai Chi boxing or Tai Chi fist, which is the martial art based around Tai Chi philosophy, is around 700 years old.

Chris explained: “Tai Chi is a martial art where you are trained to be calm and relaxed which makes it very different from other martial arts.”

The NHS website lists all Western medical research providing evidence that Tai Chi has a lot of health benefits.

As Tai Chi promotes balance it can help improve the symptoms or conditions where balance is affected.

There are many conditions where Tai Chi can also help mental health conditions like anxiety and depression.

Chris added: “If you do Tai Chi you should also go running, do cardio exercises or go cycling as Tai Chi does not get the heart pumping.”

On a Friday morning Chris has a class in Posties Park in Dumbarton down by the River Leven.

He said: “The Chinese say there are two places where you really should practice Tai Chi for the benefit of ground energy, Chi from the ground, by a river, or on top of a mountain.

“I think getting up the top of Dumbarton Rock on a Friday morning, is a nonstarter.

“But being by the river, everybody feels the energy.”

Doing Tai Chi outside is great as being outdoors is good for your health.

He added: “What I really enjoy about being outside is, it’s being in nature.

“There is lots of research about the benefits of being outdoors, walking in nature and doing any exercise in nature.”

Chris has a YouTube channel called Hermitage Taiji and both indoor and outdoor classes.