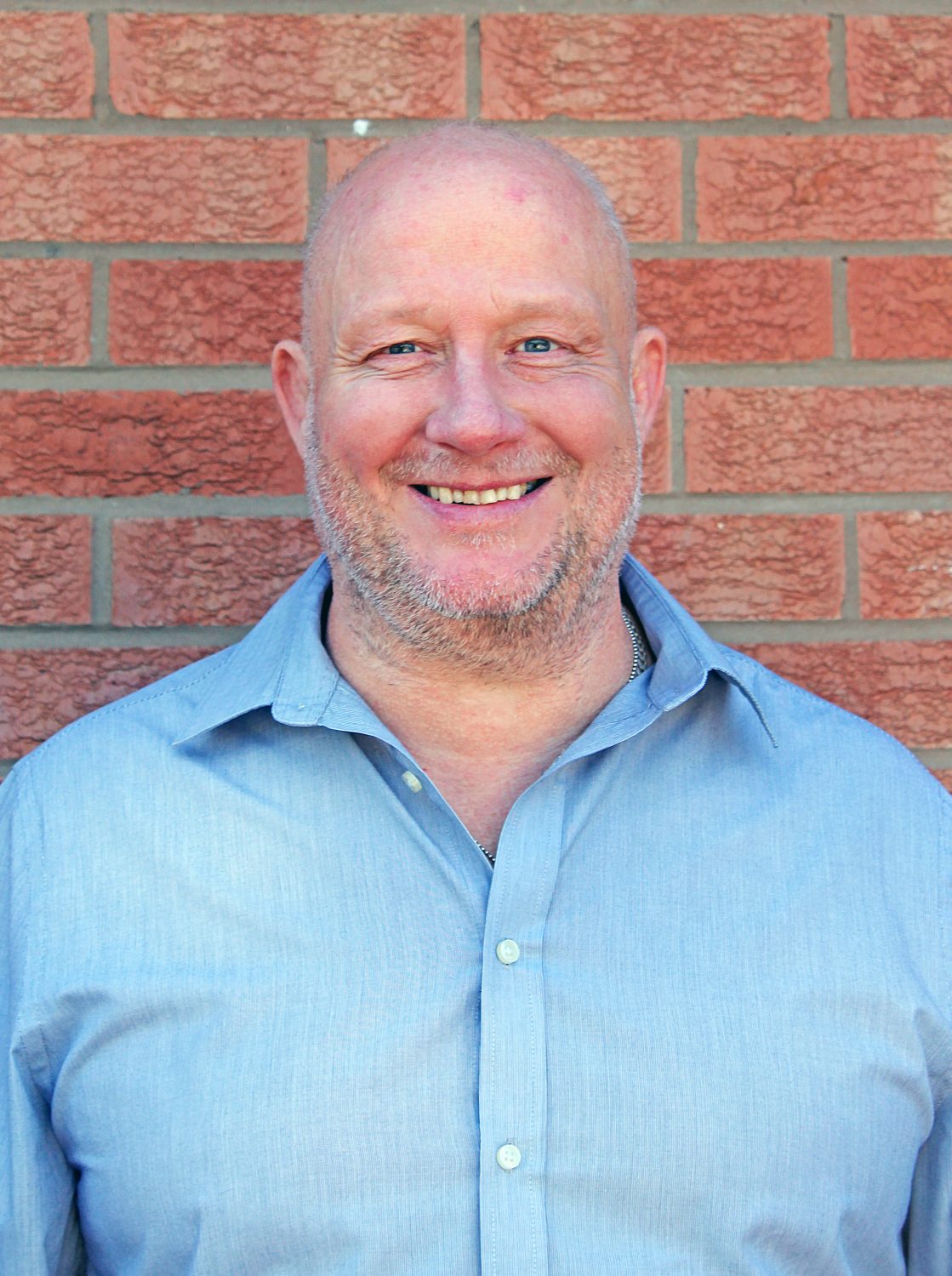 After 17 years working as a prison officer, I took a huge gamble and joined Renfrewshire Council’s Joint Commissioning Team based at Dykebar Psychiatric Hospital in Paisley; quite the change from patrolling A Hall.

In February, I turned 40. On the back of a sudden epiphany, or a mid-life crisis, I made another major life change.

I enlisted in the Royal Naval Reserve, something I’d always dreamt of but was banned from doing while in the prison service.

So, at 40 years of age, I began training for the physical and mental challenges ahead, running and swimming every day.

My strength and endurance increased. I was ready to sit the tests to become a fully-fledged trainee sailor. I passed with flying colours, even beating many younger applicants.

I was also preparing to be shipped off to the North Arabian Gulf for nine months. I knew I would miss my wife and son, but I’d be lying if I said I wasn’t excited.

It was an exhilarating time in my life, filled with a plethora of new experiences and opportunities.

However, this is when my story takes a detour.

In July I began to feel very unwell.

Although still physically fit, possibly the fittest I’d ever been, simple tasks suddenly became a struggle.

It was an effort to get out of bed and for some reason I could no longer look up, which made shaving difficult.

I also felt permanently nauseous, leading to almost nightly sessions kneeling over the toilet puking my guts out. I felt I had a permanent hangover, it was awful.

Six times I attended Primary Care to get to the bottom of these symptoms; six appointments with six different GPs.

I was constantly dismissed, told I had an ear infection even though my blood pressure was sky high; even after six appointments, my blood was never taken.

It wasn’t until my wife took me to the clinic and demanded they find out what was making me ill that any progress was made.

I was sent to the Western Infirmary in Glasgow for two days of tests. Still, no doctor could tell me what was wrong.

Finally, on the third day, a professor decided I should have an MRI scan. Upon completion, I shuffled back to the ward feeling very sorry for myself.

After a few hours the curtains were suddenly pulled around my bed by a team of doctors and I was told “you need to go to the Southern General Hospital immediately, you have a brain lesion.”

I was in shock.

After another MRI at the Southern General I was unceremoniously informed I had a brain tumour.

Terrified and confused and with no further information, I was simply sent home.

Looking for support, I visited my GP and asked how to prepare to have my skull opened. His response, an uncompassionate shrug of the shoulders, “you just have to”.

Plans for a craniotomy were put in place but I was categorised as ‘watch and wait’, meaning there was a chance my tumour was too serious and potentially inoperable.

I was shaken by my categorisation.

Fortunately, the nine-hour operation on my brain took place on November 18 2009.

Eventually, I forced myself to my feet only to discover I would need to learn to walk again.

This led to the first major hurdle of my recovery; the dreaded stair test.

If I could not safely climb up and down a set of stairs, I would not be discharged. So, I got practising.

While reliving my toddler years, I was informed there was a possibility I had also developed blood cancer.

Such awful news only added to the sheer terror I’d experienced for weeks.

Fortunately, a bone marrow biopsy determined I didn’t have blood cancer but I will never forget the horror of that second cancer diagnosis hanging over my head.

After learning how to walk again, my wife and I were given my pathology result.

In brutal, emotionless fashion I was told I had Grade 4 brain cancer.

The insensitivity of doctors became quite a trend throughout my diagnosis and treatment.

Although I am beyond thankful for my treatment, the lack of emotional support from almost anyone involved made the process much more difficult.

This particular doctor has remained in my memory; even the special oncology nurse was shocked at her awful demeanour.

She informed me I was to be referred to the Beatson Cancer Care Centre for seven rounds of in-patient chemotherapy.

Ultimately my body could only take six, I then developed pneumonia and needed multiple blood transfusions to stay amongst the living.

Overall, 85% of my brain tumour was removed by surgery. The final 15% was supposed to be eliminated by chemotherapy.

I also needed 26 rounds of whole brain radiotherapy to completely eradicate it.

The treatment was considered risky and would likely impact my cognitive abilities in the short and long term.

I was worried. More than worried.

I had no choice but to proceed. By March 2010 it was successfully completed.

Now an outpatient, I needed an MRI scan every three months to monitor any changes.

Due to my lowered immune system, I self-isolated and ceased to work for nearly a year.

I was never once contacted by the Royal Navy, who eventually medically discharged me in 2012.

In September 2010, I returned to work after many months of mind-numbing boredom and gut-wrenching anxiety.

Truthfully, I went back too early. I was in no shape to work but financially, I had no choice.

I was promised a ‘phased return’ but within a month my workload doubled, and I was made lead commissioning manager for Addiction and Mental Health services.

To make matters worse, following my craniotomy I had to surrender my driving licence.

So, for 29 months, I was forbidden from driving.

Thankfully the Access to Work scheme allowed me to continue providing for my family, for which I will be forever grateful.

Upon completing my treatment, I was given no clinical guidance.

It felt like having your first child; you leave hospital with a new baby and are told to just get on with it.

Although succeeding in my new job, I was still being scanned every three months, a terribly stressful experience.

Not a day went by, I didn’t think about the cancer returning.

Even now, although I no longer need frequent MRI scans, the fear remains.

She gave me information on the Brain Tumour Charity and contact for Gus Ironside, the Scottish Lead Officer.

Gus would become a great friend and the speaker’s information led me to the Maggie’s Centre where I met others in a similar position to myself.

Good-natured badgering by my peers at the Maggie’s Centre led me to discuss early retirement with my consultant oncologist.

I learned long term cognitive decline was extremely likely and my higher resolution thinking maybe severely affected in the not-so-distant future, resulting in an inability to work at my current level.

This prognosis was concurred by three occupational health consultants.

I was supported through this by a neurological advocacy service; the first of its kind in Scotland.

With everyone’s assistance, I successfully medically retired from the public sector.

Although left with many residual physical and psychological difficulties, I am beyond thankful to be alive.

I wouldn’t be here if it weren’t for the treatment from the NHS and the support I received from charities, friends and family.