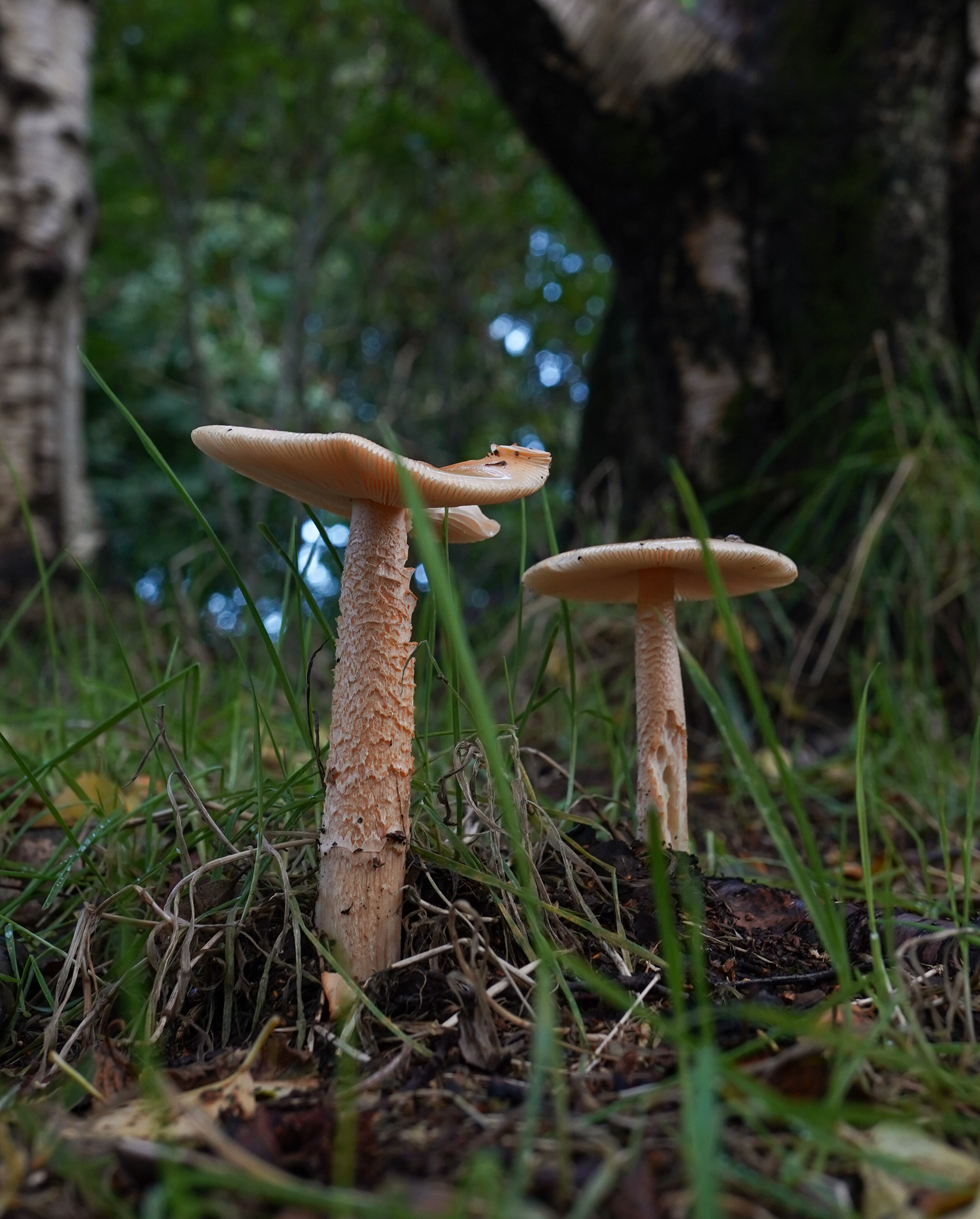 When you go for a walk in the woods, what do you see?

If you are anything like I was, you will notice trees, leaves, dead wood, the occasional flower, birds and insects.

But few people notice the incredible world of fungi that thrives almost everywhere you might cast your gaze.

It wasn’t until the lockdown of 2020 that I really started noticing these fascinating but misunderstood organisms for the first time.

Forced to re-tread the same route through my local park every day, I began to see things I hadn’t before.

I had never been the biggest fan of them, I liked a good creamy mushroom soup or pasta, but beyond that, I had only thought of them in passing.

Things that dwelt in the dark and damp, potentially deadly if consumed and only noticed in nature if they were large and brightly coloured.

Like the distinctive red, white spotted Fly Agaric – Amanita Muscaria, that would not have looked out of place in a fairytale.

But now on my daily walks through the park, as summer turned to autumn – the most bountiful season for fungi – I began to see them everywhere.

In the open grass of football fields, at the roots of trees, high above my head on their trunks and entirely covering their fallen forms.

Fungi are an incredibly important part of not only the ecosystem of the forest, but our entire world.

They are the great decomposers, turning dead organic material into soil and substrate that will be used to nourish the next generation of plants and animals.

Here in Scotland, we often complain about the wet weather, but the rain provides the perfect habitat for fungi to thrive, particularly in the west, in what’s considered to be temperate rainforest.

In the Vale of Leven particularly, you can find the remnants of ancient native woodlands, with oak and beech trees easily over 300 years old, supporting many species of fungi.

And this time of year is the perfect time to spot mushrooms.

They can take many forms – some are hard and woody, and are perennial, growing in size with every passing year.

Like this Hoof Fungus, which was used by our ancestors as tinder for starting fires and can often be found on dead, standing wood. 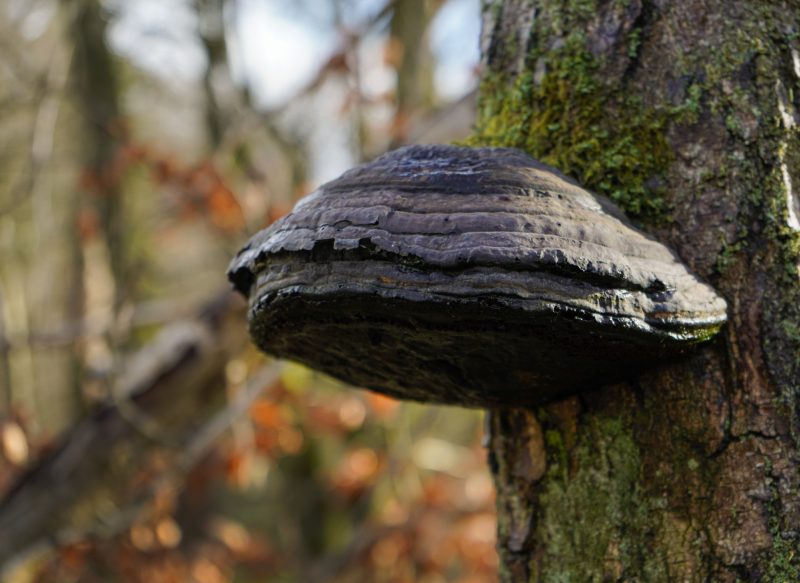 Some fungi are almost alien looking, taking bizarre forms, such as Yellow Staghorn, which dwells on roots and stumps of dead and dying coniferous trees.

If you have a garden or lawn, you may notice an array of mushrooms, particularly after a heavy rain.

Congratulations! This means your soil is healthy and those fungi are breaking down the material which plants can’t.

Grass dwelling mushrooms used to be incredibly common, with every field, pasture and meadow filled by a diverse variety of fungi.

Unfortunately, now due to modern agriculture techniques and nitrate heavy fertilizers, this habitat is becoming increasingly endangered. In fact, often the best place to find these mushrooms is in parks and gardens.

For every plant, there is usually an associated fungal parasite.

Some of these are known as rust fungi, which are quite common, taking an orange, powdery appearance, such as the Bramble Leaf Rust, which grows on raspberries and blackberries, and Nettle Rust, which grows on the stems of stinging nettles and when viewed up close, looks almost like tiny flowers.

Keep A Look Out For…

The last thing I’m going to leave you to spot for yourself can be found almost anywhere.

They are actually a composite of two separate organisms, an alga and a fungus, working together in a symbiotic relationship, the fungus providing a home for the alga and in return receiving carbohydrates from photosynthesis.

They come in some amazing forms, some coral like, some leafy, and other crusty and powdery.

Hopefully now you know a bit more about these incredible organisms, so get out there and try to identify some! Who knows, you may find yourself a new hobby, hooked on a lifelong fungal treasure hunt!

To see more pictures, and to learn more about our fungal friends, follow my Instagram page – hrvsmart_mycology