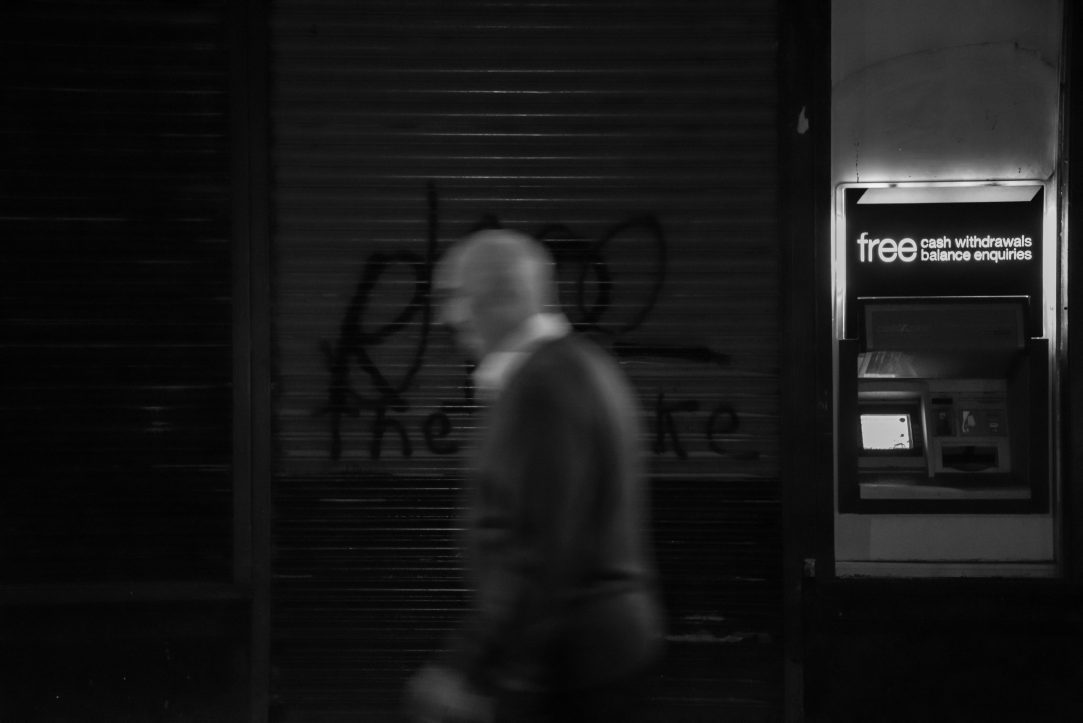 “I would advise anyone who is applying for Universal Credit to get a welfare rights advisor, it is a gruelling process even with that support.”

Peer support worker Leanne is used to helping others deal with life challenges faced by people living in areas with high levels of poverty.

But when she suddenly had to apply for Universal Credit for herself, she discovered the process overwhelming.

Leanne explained: “I was working two jobs just before Covid hit and the reason I had to get Universal Credit was because I had to leave one of my jobs.

“I still wanted to work but as I was working sessional, for  every pound I earned Universal Credit was taking back 64 pence.

“In the very early days before I was in the Support Category, I wasn’t getting enough to pay my rent or to live on. If I didn’t have family to support me, I would have needed to go to foodbanks to survive.”

Leanne initially got help from a welfare rights advisor but then was passed on to a Job Centre Work Coach which she found very difficult.

“You have to go down and pour out your whole life. I hated that; I was so ashamed.

“So, I ended up trying to do the process myself, I didn’t want to tell anyone I was struggling – as a professional you’re supposed to have it all together.

“I turned myself away from that initial support and ended up fighting the whole process on my own, it was probably the worst thing I ever did.

“I would advise others to take all the help they can get.”

Leanne was also receiving help with her Council Tax and rent but as her wages changed from one month to the next, she found herself in arrears.

“They say it is paid in real time but it’s not. Council Tax is a month behind what UC is doing, so I ended up owing hundreds of pounds.

“So, I’m always advising people when they go on to Universal Credit, if they are working make sure you earn the same every week otherwise you are going to end up in more trouble than you were before you started on Universal Credit.”

As well as dealing with her own UC claim, Leanne is also supporting family members.

She explained you need an email address to apply for Universal Credit and described the process as “a minefield” for anyone who isn’t digitally literate, as you must sign into your journal online every other day.

Here you find a To Do list which, if not completed, can result in sanctioning and loss of benefits.

She added: “For a lot of my family they can’t read or write at all.

“I see them getting really upset because they hear that ping and know what the email means. They start freaking out thinking they’re going to get their money cut. It’s really horrible.”

Leanne is currently helping her uncle, who is a cancer patient, go through the Universal Credit application process.

Being in receipt of UC he is also entitled to housing benefit to cover his rent but, she explains, as he has a spare room £50 is automatically deducted and he needs to apply for Discretionary Housing Benefit to cover the shortfall.

Leanne explained: “He wants to work, he’s been in this wee job for years but can only do three hours now.

“There is this misconception that people on Universal Credit don’t want to work but it’s just not true.

“Once you put in a four week sick line you are automatically sent a UC50.

“This is a form which is 23 pages long with 18 questions, asking about mobility, standing, sitting; it’s a lot even for someone who is comfortable with their writing skills.

“My uncle just got his payment for the month and they gave him £173 plus the money for his rent but that’s £50 down so it needs to come out of his UC.