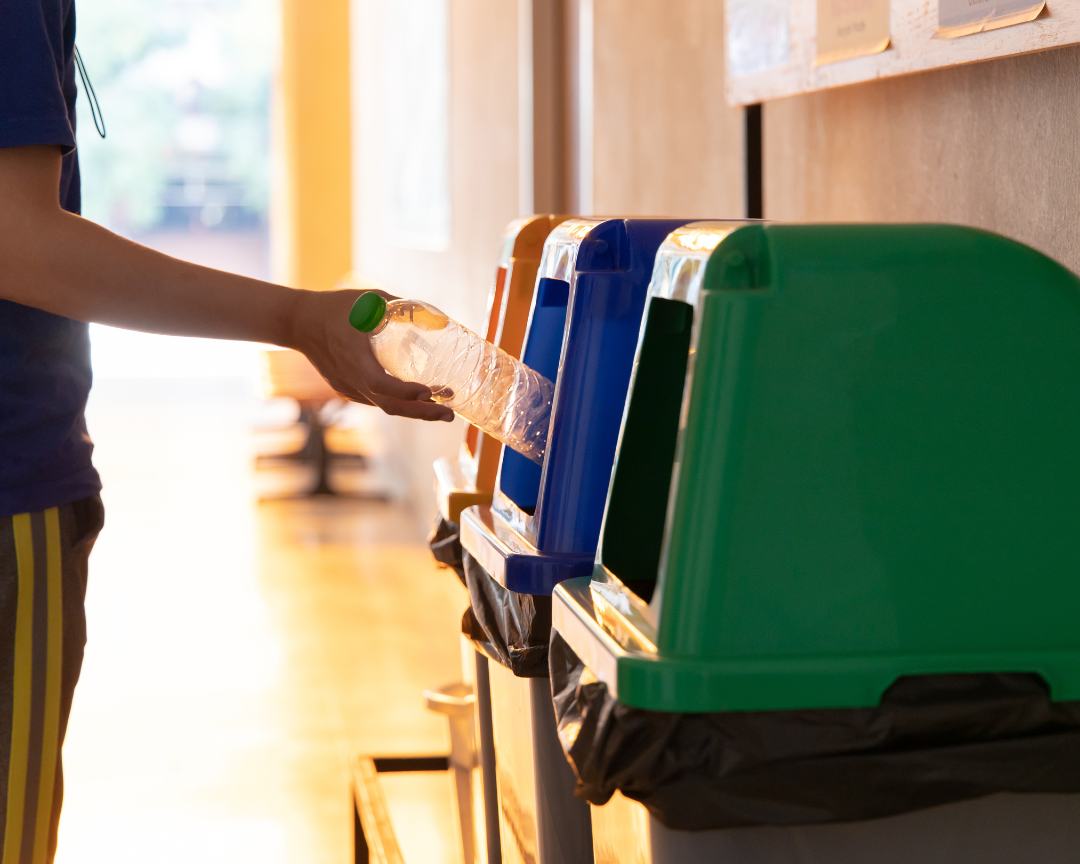 Recycling has become a big part of everyday life.

We are more aware of the harm discarded rubbish causes to the environment, our well-being and wildlife.

People are always looking for ways to help the battle against pollution.

Sometimes it takes just one idea to set the ball rolling, for a ripple effect.

That’s exactly what happened to Old Kilpatrick resident Alison Silvester who began recycling when her daughter was a baby.

She was inspired by an initiative run by West Dunbartonshire Council, which provided vouchers for free cloth nappy packs.

Alison said: “I thought I’ll just get the pack from the Council.

Then I ended up using reusable wipes and then started looking at shampoo bars instead of plastic bottles and stuff like that.

“It’s been like a wee knock-on effect from there.

“When I heard about TerraCycle, who run a number of recycling schemes, I thought that’s brilliant, it would be good to recycle crisp packets because we eat so many crisps and there wasn’t anywhere doing that.”

Alison initially set up recycle boxes in the local libraries.

However, when they closed during lockdown the recycling came to a halt.

So, she contacted Old Kilpatrick Food Parcels and they agreed to set up boxes outside their Community Hub with 24-hour access.

She said: “If I send eight kilos of crisp, popcorn, nuts, and pretzel packets, I earn points to donate to my chosen charity.

“It doesn’t make a lot of money and I’m not going to change the world by recycling a few crisp packets.

Alison has now added recycling bins for biscuit, cracker and cake wrappers; Pringles tubes and even coffee bags and sachets.

She hopes to encourage others to recycle and has contacted local schools to get the kids involved.

She said: “My children are really sensitive to environmental issues because they hear it from me.

“I’m a vet and the number of dogs we treat with cut pads because someone chucked their bottle into the river instead of putting it in the bin is infuriating.

“So, if they see a bit of rubbish they’ll say, ‘that’s not good, what if a swan eats it or a fox gets its legs stuck in it’.

“I’d rather they think like that, than think it’s alright to chuck rubbish over their shoulder.

If everybody just did that tiny thing, it may just help.”

To help rid your area of snack packets contact Terracycle Dalmuir and Old Kilpatrick on Facebook or find out more at www.terracycle.com