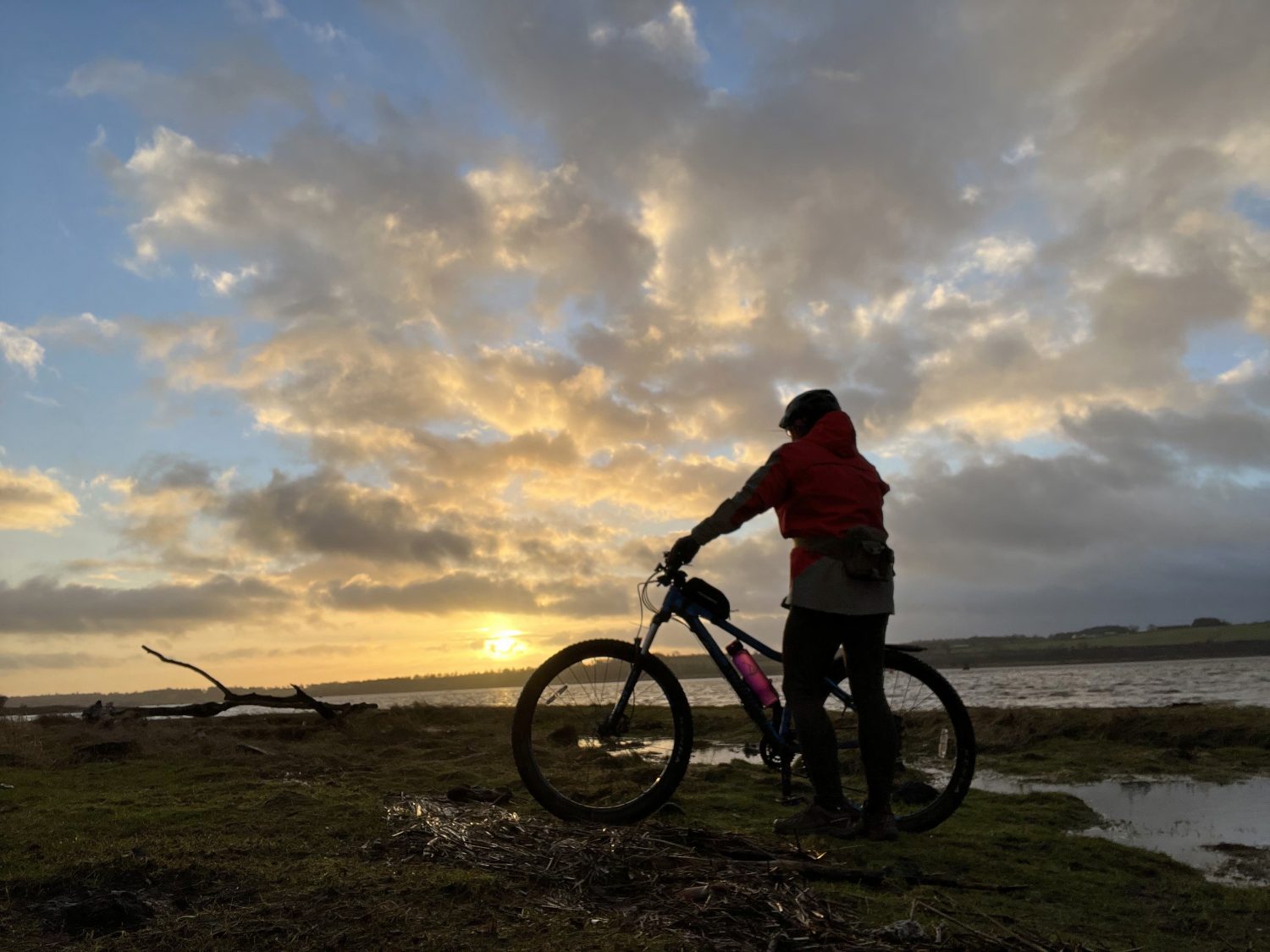 “The fear of imminent death motivated me to change.”

Marie Murphy arrives at our office clad in tight-fitting cycling shorts and top, looking the very picture of health.

But her athletic physique hides a daily battle to control blood sugar levels which have the potential to kill her if not kept in check.

At the age of 23 Marie, then a journalist, now a psychologist from Dumbarton, was diagnosed with Type 1 diabetes.

“Basically my pancreas is gubbed,” she explains.

This vital organ produces insulin, needed to process the sugars we all have in our blood.

Today Marie receives her insulin via small pump inserts on her belly and arm. The higher her sugar intake, the more insulin she needs.

At the start of the pandemic diabetics were classed as high risk, with a significantly increased risk of dying from the virus.

Marie locked down to protect herself.

“The first year we didn’t do anything or go anywhere, I was so scared I would die.

“I sat in, baked, ate and drank too much and put on weight,” she remembers.

“The heavier you are the more insulin you need and the greater the risk of heart attack, high blood pressure, kidney problems and other health complications.

“Covid made me feel fragile and weak and that isn’t who I am.

“People talk about ‘diabetic heroes’ but that isn’t who we are either – we just have to maintain our health or we die, it’s not heroic.”

So, in January 2021 Marie decided to take control of her weight and her health, signing up to Diabetes UK’s walking and cycling challenges.

And at the end of the year she decided to push herself a little further setting herself a personal challenge to cycle every day of 2022.

“People keep saying ‘you are so lucky you managed to lose weight,’ but I’m not lucky, I had to make myself and it wasn’t easy.”

Doing the Walking and Cycling Challenges in 2021 Marie realised holding herself publicly accountable for her fitness regime made her stick to it.

“Failure wasn’t an option. I had made a commitment and it would have been embarrassing if I failed.

“Now I know what works for me – having a goal or challenge and having one thing to do every single day.

“That’s doable. You might have to sacrifice something else such as watching TV or doing the housework or the ironing, but I’m cool with that.

“And that’s why this year I started my blog, to hold myself accountable.”

In April she completed Diabetes UK’s 500 miles Cycle Challenge for the second year.

And as well as losing weight she is enjoying dramatic changes in her health.

“In the past year I have reduced my insulin requirements by two thirds, had better blood sugar control, my resting heart rate is down, my blood pressure is down – all of these are risk factors for Type 1 diabetics.

“It has also been so good for my mental health.

“There’s something really exhilarating about being off road and connected with nature – a real sense of freedom.

“It helps me get out of my head, this is what works for me.

“I’m feeling the benefits and the diabetic clinic was very happy with me.”

Most of Marie’s daily rides are along the local cycle path to Balloch or Bowling but she has also done a section of the John Muir Way in Helensburgh, cycled the Ayrshire coast from Largs to Irvine and completed part of the Great Glen Way.

To keep to her daily challenge she also takes Ruby with her to work, or hires a bike when she is further afield.

And as her job involves delivering suicide prevention training across the country, she has already explored cycle paths and hill tracks in Shetland and Oban.

With a camping trip to Gigha on the cards and plans for a return to the Great Glen, Marie hopes to clock up 5,000 miles before the year is out.

But she agrees it’s not always plain sailing.

In April she completed 100km in a day with a return trip to the Falkirk Wheel but after a tumble just outside Falkirk, courtesy of an extendable dog lead, she found the journey home hard going.

In her blog she compares the long-distance cycle to her daily battle with diabetes.

“The mental challenge of doing a big ride is helped by chunking it out – only thinking about one section at a time.

“It’s the same with diabetes. It’s a long haul ride and there’s no getting off, you just have to keep going.”

And she says: “On bad days I’m still glad I did it, I’m not traumatised by them, it is just another day out cycling.”

As well as looking after her own health, Marie is also motivated to complete the challenges to raise awareness of diabetes and highlight the support available from Diabetes UK.

“Lots of people don’t understand the difference between Type 1 and Type 2 diabetes. Type 1 isn’t caused by being overweight, it’s caused by a crap pancreas.

“But whatever form of diabetes you have it’s not as simple as just losing weight.

“No-one else can manage my diabetes but you get given a lot of information and left to figure it out on your own, what works for you and your life.

“Doctors have a list of things that should be helpful but it’s not easy, it’s a constant battle in your head as well as in your body.

“You rarely get to forget you have diabetes and I don’t think health professionals understand what that feels like.

“They just see the condition and know what should help, but it’s a bit more complex than that.”

Marie believes making small daily changes is the route to success. “If you set yourself a massive goal you won’t do it.

“Set yourself a tiny daily change that fits in with who you are.

“There will be days when you don’t feel like it but that’s how you change – on those days.”

And the joy she gets on the good days more than makes up for the times she and Ruby head out into driving rain and blustery gales.

She adds: “The bike feels like a weapon against diabetes.

“I play little games with it – I know if I go at a certain speed it effects my blood sugar levels.

“I’ve had some happy, fast miles on Ruby.

She takes me away and makes me feel free and a little bit invincible, which is cool.”