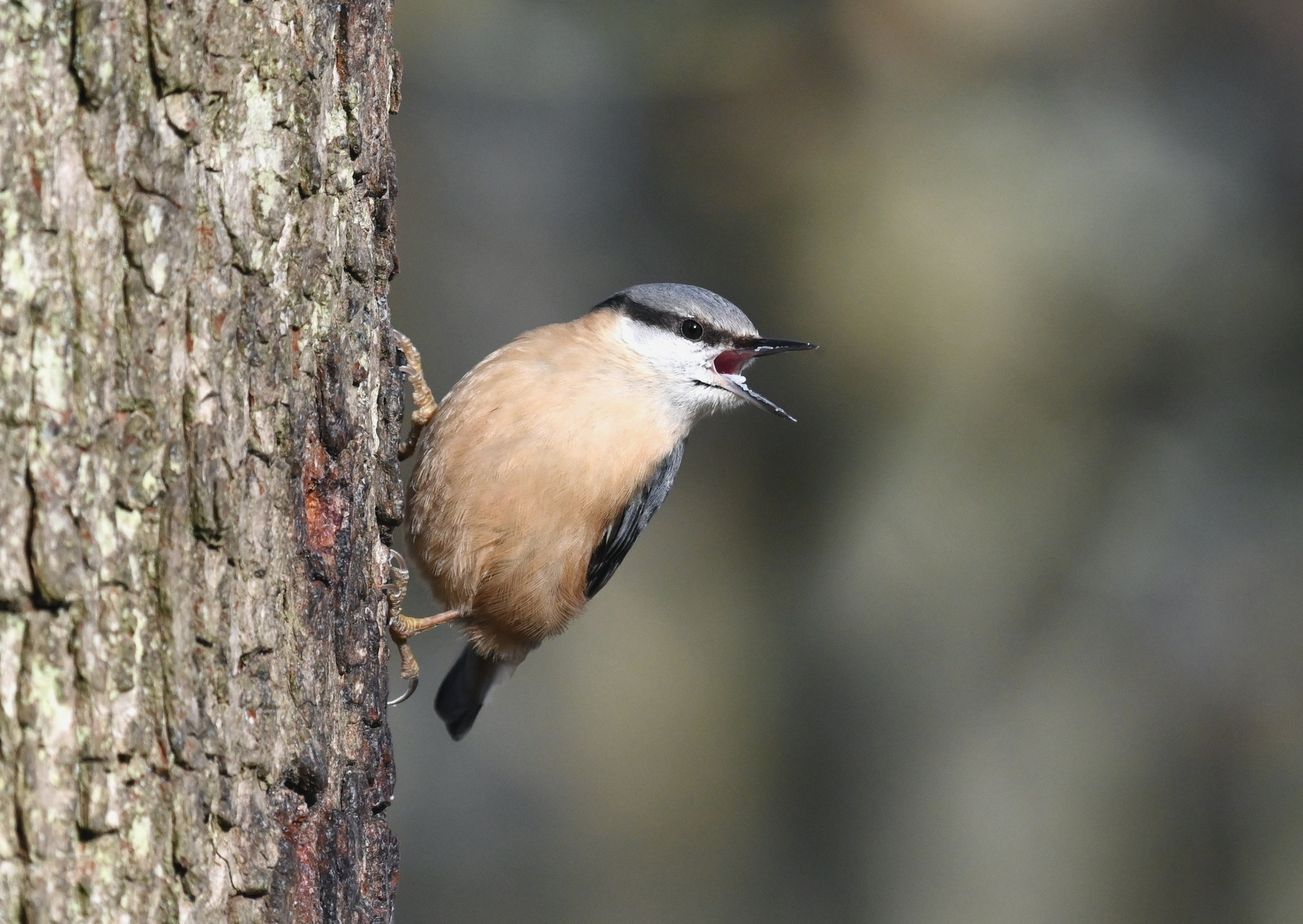 With its unique call, dashing black eyestripe and unusual agility, the little nuthatch is a sight to behold!

February is a good month to find a nuthatch, as they are noisy at this time of year and the trees are bare.

The south avenue, north avenue and the area around the walled garden in Balloch Country Park can be the best areas, listen out for some strange whistles from near the top of a tree when you are out for a walk and stand awhile, scanning the branches, until the bird moves.

One of the distinguishing features of the nuthatch is it can climb down trees headfirst, using its long claws (like crampons) to do so – the only British bird that can do this.

Woodpeckers and treecreepers work their way up the trunk, hunting for insects under the bark, then fly to the base of another tree to start again, but nuthatches can descend a tree headfirst.

Like a woodpecker, the nuthatch has a strong sharp bill, but none of the same woodworking skills.

Nuts and seeds are often taken to a tree crevice where they are expertly wedged tight, allowing the birds to hack away to open them.

A characteristic of all nuthatch species is they appear to store food in tree crevices, in the ground or behind bark flakes.

These caches are remembered for as long as 30 days.

The nuthatch only colonised Scotland in the mid 1980’s, first breeding in the Borders in 1989.

The population rapidly expanded in the 1990’s, to include Dumfries and Galloway and Ayrshire later in the 2000’s.

There is a suggestion that global warming and climate change are partly why the nuthatch is on a northerly march.