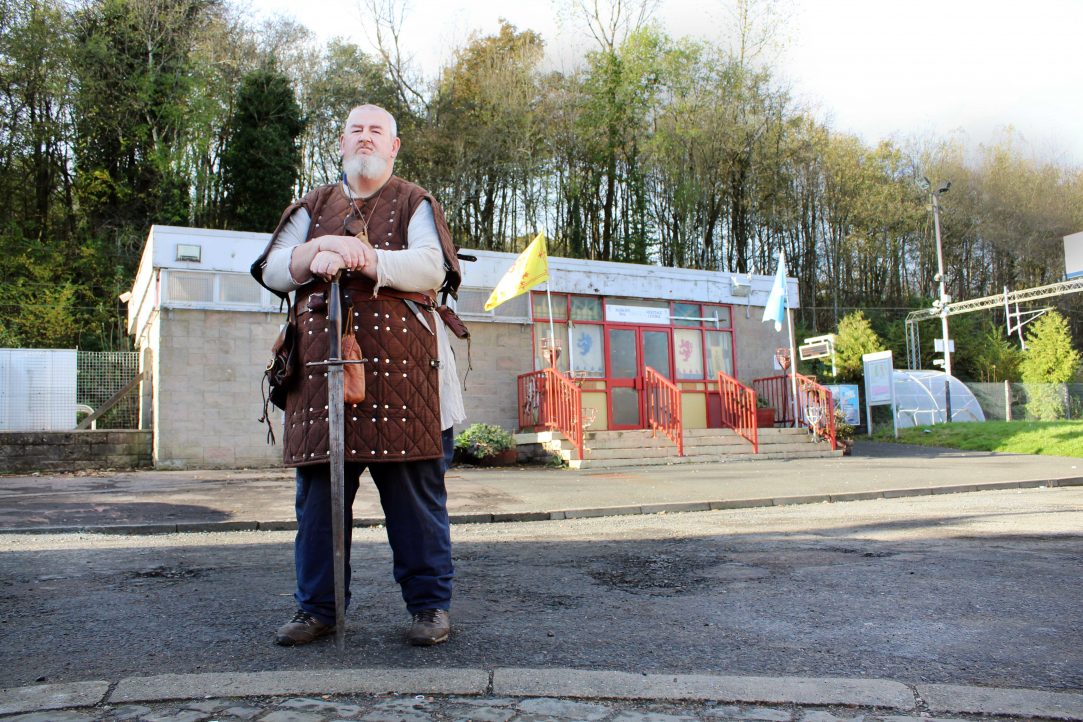 There are not many modern railway waiting rooms that folk would find fascinating, however the one at Renton station is a bit out of the ordinary.

For the past few years, the waiting room has housed the King Robert De Bruce Centre run by Strathleven Artizans and once you step through the door you would be forgiven for thinking you had travelled back in time to medieval Scotland.

On entering this shrine to the man accredited with making Scotland a free and independent nation, you are surround by shields, swords, ancient seals, costumes worn by medieval knights and even a replica of Bruce’s throne. 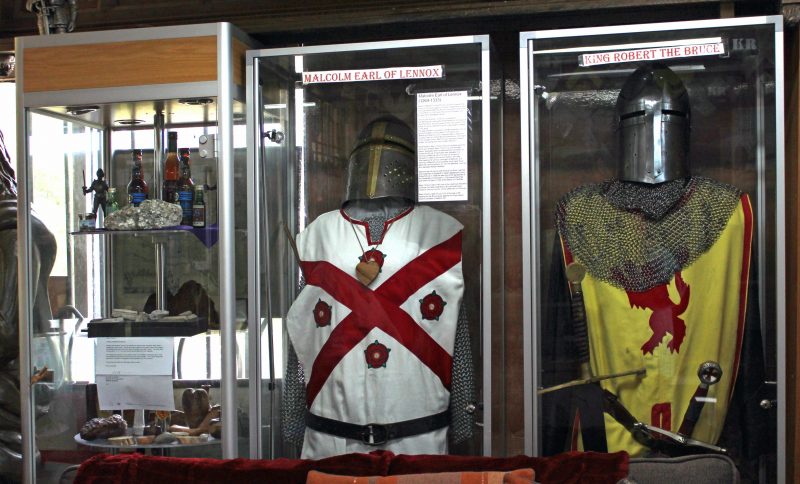 In the centre of all this heraldry we find Duncan Thomson, the driving force behind the centre.

A giant of a man, with his height and long beard he would not have looked out of place fighting alongside Bruce in his many battles for Scotland’s cause.

Like his royal hero, Duncan has faced many challenges in his life, both physical and mental.

Throughout his school years Duncan suffered terribly at the hands of bullies, as he explained: “I wanted to be educated but I hated school. I had a bad turn in my eye and was quite badly bullied, that kind of shaped me for the first 16 or 17 years of my life, I had very low self-esteem.”

Duncan thought he had found the answer to his lack of confidence when he discovered alcohol. “Initially I hated alcohol, I’d seen what it did to families, I wanted nothing to do with it. I used to go to the pub and drink soda water and lime.”

However, even in his young adult life Duncan was still haunted by those who had bullied him at school, only now they were in the pub and drunk.

On his 18th birthday Duncan had ‘a couple of pints’. They opened up a new outlook for him.

“It was the first time in my life I wasn’t frightened, it was like the last piece of the jigsaw being put into place in my head.”

However, Duncan’s new alcohol- induced confidence had its price as it manifested itself in violence. That night and almost every other night of his drinking career would inevitably end in a fight, he was out of control.

Describing himself as “John Wayne at night and a big wean in the morning,” Duncan added: “I would challenge the world when I was drunk and wake up in the morning thinking; oh my God what have I done.”

At the age of 27 with a partner and four kids, Duncan was still trapped in the vicious circle of alcohol and violence, however he was now coming to the realisation that it had to end.

“I could not carry on like this, I was at a stage with drinking where I couldn’t just have one or two drinks, I had to drink to oblivion and it was making me ill.”

On his 30th birthday, after another violent night in a local bar, Duncan woke feeling totally depressed.

“I thought, is this the best it is going to get, an endless trail of drink and violence followed by fear, regret and depression each morning, there must be a better life than this.”

It was at this point, with the support of friends, he took his first giant step on his road to recovery by contacting Alcoholics Anonymous and admitting to himself and others that his life was “in tatters” and was unmanageable with alcohol.

On that fateful 30th birthday morning the big fellow took that life-changing decision and has never touched a drop of alcohol since.

Instead, he decided to find a useful outlet for his energies and looked to the heroes of his youth.

Like many Scots, Duncan learned of Scotland’s historical champions from books and folk stories. Reading the novels of Nigel Tranter, he was fascinated by the struggles and adventures of William Wallace and Robert the Bruce. 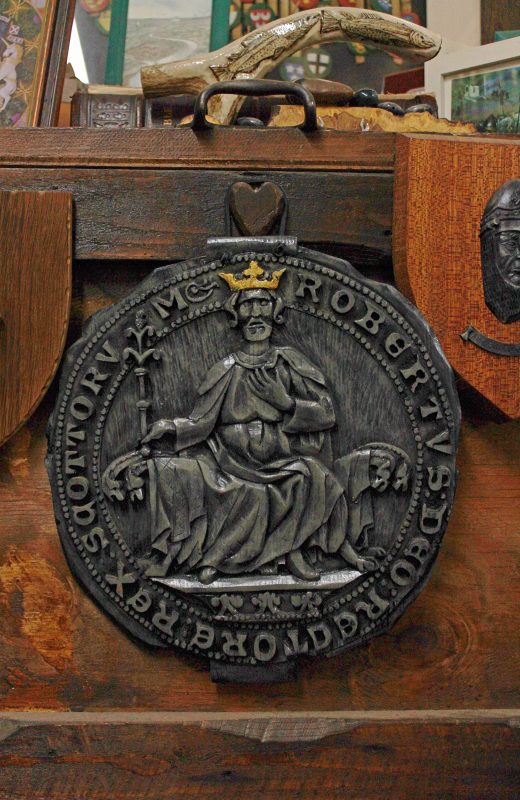 So, when he learned Bruce had lived and died in his home village, Duncan was determined to get the story out.

Duncan and a group of like- minded folk got together to form the Strathleven Artizans.

With support of the community, they put together an impressive collection of Bruce-related artefacts. They also visited local schools to share their knowledge of Scotland’s heroes. 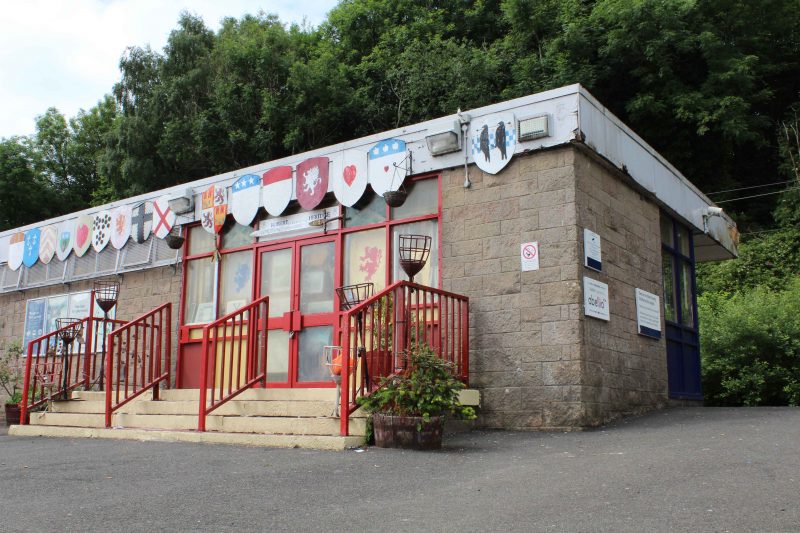 Eventually they found a base for their artefacts and knowledge, setting up the Robert the Bruce Centre in the disused Renton station.

Most days if you pop into the centre, you will be greeted with the warmest of welcomes and captivated with amazing tales of Bruce and his determination to free Scotland.

You can even purchase a wooden heart or cross, carved from a 700-year-old oak tree from Bruce’s estate.

As the big fellow so eloquently puts it, “all are welcome here, the kettle is never off the boil, whether you want to hear tales of Bruce or just need a wee chat, the door’s always open.”