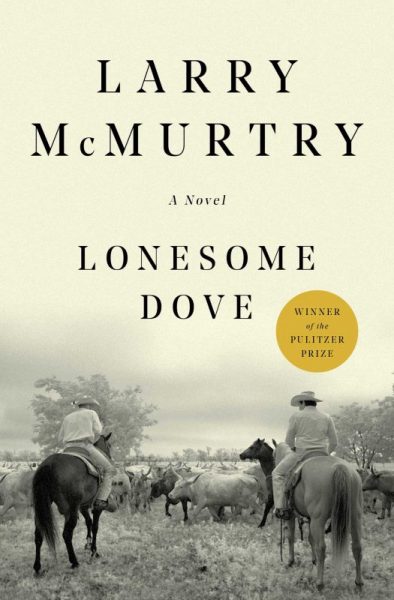 I would like to recommend to other local readers the most enjoyable and utterly captivating novel I have ever read.

It is called Lonesome Dove and is written by Larry McMurtry.

It is a western, based in the late 1800’s and has a stellar cast of diverse characters, but the two main men are Augustus Macrae and Captain Woodrow F. Call – two retired Texas rangers who now run a rundown stable and livery business in the small town of Lonesome Dove with a small crew of men.

However, a former compadre of theirs from their rangering days rides in one morning and before you know it the crew are gathering cattle and planning on running them on a massive journey to the virgin prairies of Montana.

This is a lengthy novel and on face value a western doesn’t sound as if it would be very interesting considering we live in Scotland, but rest assured… this book is one of the most engrossing books you will ever have the pleasure of reading.

Every single soul I recommended it to has thanked me for it and I re-read the book every few years for my own enjoyment.

From page one you are completely taken into this strange world from the not too distant past…and it is as an authentic portrayal of the wild west as is possible, I imagine.

It won Larry McMurtry the Pulitzer Prize upon release in the 1980’s and there was also a TV series based on the book.

I have not seen the series and don’t think I ever shall… it would be impossible to accurately portray these incredibly interesting characters on film.

Lonesome Dove…it is a pure pleasure to read.