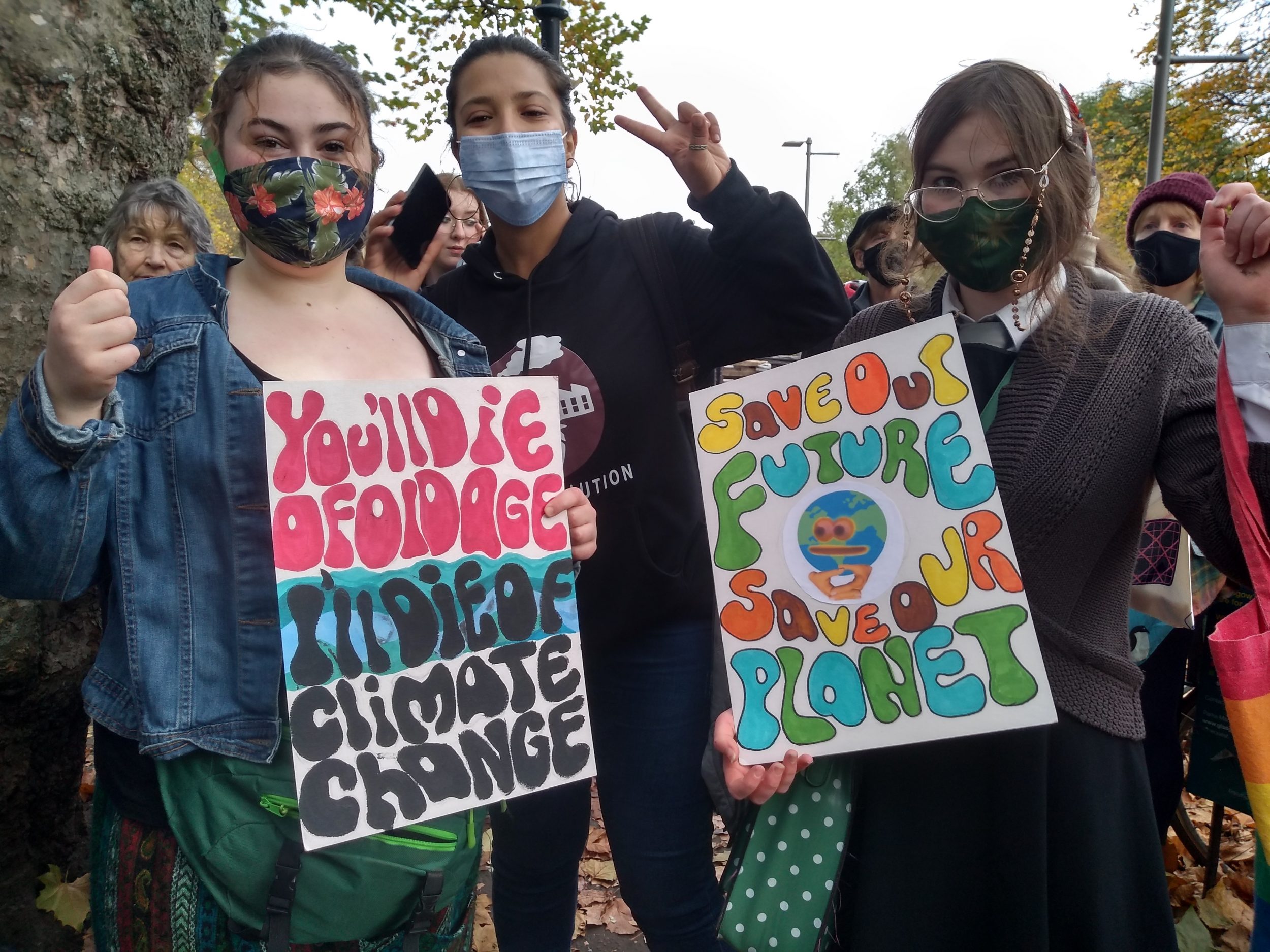 When international COP26 delegates were left without accommodation due to high demand and rocketing prices, folk across West Dunbartonshire opened their homes to welcome them via the COP26 Homestay network.

She shared their experience with Clydesider.

For Meriem this was her first time abroad and she was so excited with every detail of Scotland.

On the way to the train station on the first day, she wanted to take photos of every bit of greenery.

Meriem said: “I feel like I’m in my second home, with members of my own family – I feel so lucky.

“The rivers are incredibly beautiful! I was very excited to feed a nut to a squirrel in Kelvingrove Park – we don’t have them in Tunisia.

“I did take awhile to get used to the trains, but I found I could ask anyone, everyone is so nice and helpful.

“I definitely struggled with the strong accent though.

“My friends and I really like the chip shop chips here, they taste like the fried potatoes we eat with fish or scallops at home.

“I made Zoe some Tunisian food but she didn’t cope with the hot chilli seeds too well!”

Our family enjoyed returning the sharing of local cuisines with an early Burns Night supper for Meriem’s group.

The young student added: “We love bagpipes and wanted to try vegetarian haggis.

“We had a go at the poetry, I love that, no whisky for me though!”

Meriem said Scotland is so different to her hometown of Gabes, which is not so lush.

This is not just due to the heat but also because pollution has turned the palm trees and bushes brown – there’s phosphorus, ammonia and other fumes from a chemical complex.

My kids and I went on the big demos with Meriem and her friends.

They were brilliant, singing Tunisian folk songs at the top of their lungs and sharing chocolate.

I kept seeing them being kind to random people, I was so impressed and would pretty much trust them with my life at this point.

They’ve been living under this cloud of bright yellow poison gas – but they’re still so upbeat, making jokes and working so hard for their cause.

One of the group needed to have a kidney transplant from his Dad because of the pollution in their town, he’s only 26!

It made me really want to do the most I can.

Seeing my local area through their eyes also gave me an even sharper sense of how beautiful it is here, and how easy it is to take clean air, drinkable water and functioning ecosystems for granted when we could lose them – we are losing them.

I hope the positive atmosphere and convivial Glasgow welcome will give her the strength to cope with the pressure of representing her region to the world’s rich and powerful.

The four young activists from Stop Pollution in Gabes met with the Tunisian minister attending COP26, to share the life-or-death plight facing their community.

Their request is to curb the emissions from the chemicals factory, which is linked to sky-high rates of cancer and organ failure in the area.

Meriem added: “Twenty years ago our area was a paradise with an oasis as well as river, coastal, and desert habitats.

“Now, the trees and plants are dead and birds and turtles wash up on the shore with symptoms of uranium poisoning.

“If the pollution stopped, we could recover and have a great tourism industry.

“But first our politicians must act to prevent this unforgivable human suffering.”

I have learned so much from Meriem and her friends, it’s unbelievable what is happening to their home has been going on for so many years.

Many local activists from Dumbarton, the Vale and Clydebank have been involved with behind-the-scenes COP26 support and organisation, as well as hosting, marching and networking to plan future campaigns.

People young and old here have been fired up for the long fight ahead.

And I feel more tapped into a global network now.

Our litter-picking group, Friends of Dumbarton Foreshore, has the chance of twinning with a Tunisian group – we can swap photos and data and use them to help highlight corporate and governmental pollution, both locally and as one global movement.

For more details on the pollution in Gabes visit: https://inkyfada.com/en/2019/11/12/pollution-gabes-lutte-gct-2