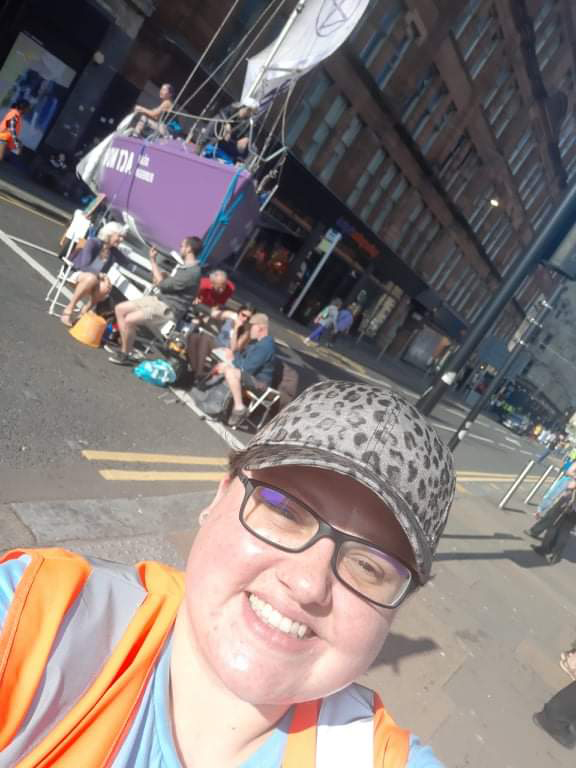 Looking around me in the lead up to the United Nations Climate Change Conference in Glasgow (COP26), watching and listening to everything, was making my head spin.

I wanted to write about the more subtle forms of climate activism happening locally – in contrast with direct action – more on that later.

Climate change seems to have become such a complex, emotionally charged, overwhelming conversation that I’m scared to start one. So, it’s totally understandable if sometimes we all feel the need to keep our heads down and get on with day-to-day life (challenge enough) rather than spend too much time unravelling this mess and end up feeling unravelled ourselves.

Maybe it’s not as complicated as I think.

I really admire the people who just go out and show their love for Earth within their local community, without overthinking it. Maybe they are secretly overthinking it, but they don’t let that stop them. In my opinion, showing any kind of loving care for nature should be considered important activism. 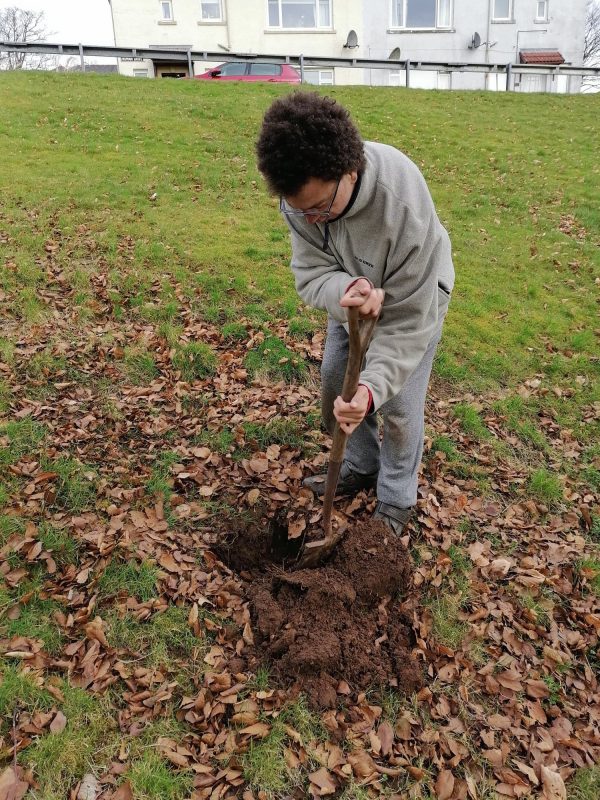 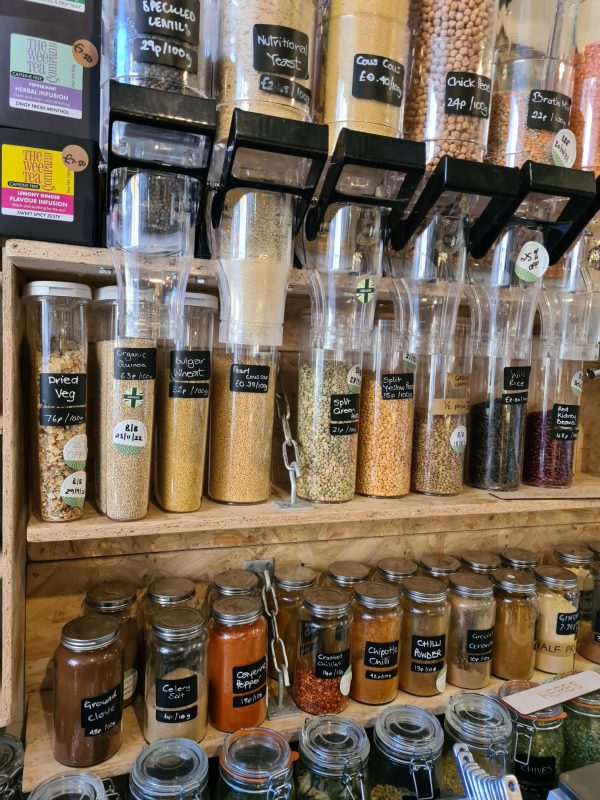 The guy who goes around planting trees and plants everywhere, mainly because he just loves trees and plants, is not only growing more carbon dioxide-hungry friends, but he’s also growing other people’s courage and potential by showing them what’s possible, despite the challenges.

And the herbal healer who gives so freely of herself, to help you learn to forage edible plants on your doorstep; she creates positive change every time somebody makes her nettle soup recipe at home, rather than buy more vegetables (possibly flown here, wrapped in single-use plastic) from a supermarket chain.

I feel them making ripples of resistance against the rising tides, just by being their amazing selves.

Folks who keep the Clyde shore clean with regular volunteer litter picks, are protecting a whole host of wildlife from bees and butterflies to sea birds and mammals. They are also letting their neighbours see how lovely the area looks without the rubbish and how the activity keeps them healthier and happier, inspiring others into action by their example.

Maybe we can take matters into our own hands, more than we think.

And this is already happening in West Dunbartonshire. 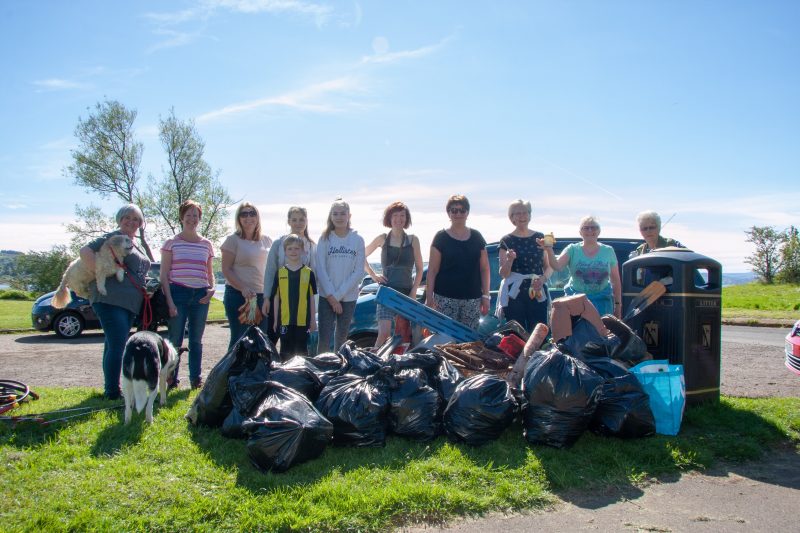 Folk have their own different reasons for wanting to do these things.

What I’ve noticed is they’re all incredibly kind, thoughtful, creative souls, but also determined and a wee bit brave. Individuals who love people as much as they love the planet, which to them is not an abstract concept, but the ground beneath their own feet.

Ownership of our Environment

Maybe it’s as simple as that, just taking more ownership of our own environment, wherever humanly possible and the reality is we can’t do everything perfectly, but we can hopefully do something, which will help.

Individuals are capable of learning by example, so anything climate positive you can do sets an example to others, whether it’s your own kids, your neighbours or your colleagues. 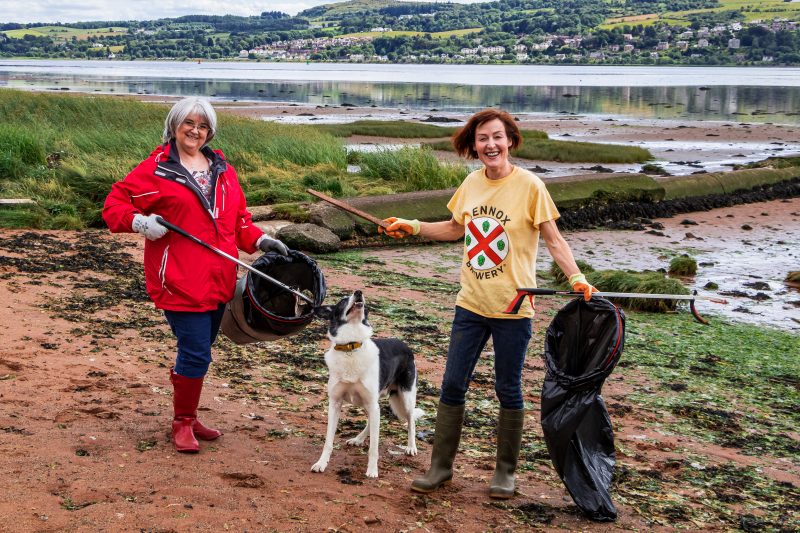 And that brings us back to direct action, the disruptive, inconvenient stuff.

Not everybody can do this, but, in my opinion, it does need to be done, because it still feels like the overwhelming majority of those in ‘power’ don’t learn by example, experience, or scientific evidence. Instead, they choose to be led by the bottom line, and we’re being led by the nose right into extinction.

The ‘powers that be’ have always had to be inconvenienced, shamed and forced into making better decisions about everything: women’s rights, LGBTQ rights, Black Lives Matter, workers rights, international human rights.

Were any of the rights we have today ever willingly given? The days of Red Clydeside for example, must have been unspeakably painful, but would we question the morals or the point of those actions?

From my experience, the people doing the painful, inconvenient things in the name of the planet are not the ‘irresponsible crusties’ the PM would have us believe. They’re not the stereotypical ‘tree-huggers’ portrayed by the mainstream media. Although to be honest, when did it stop being a good idea to hug trees? 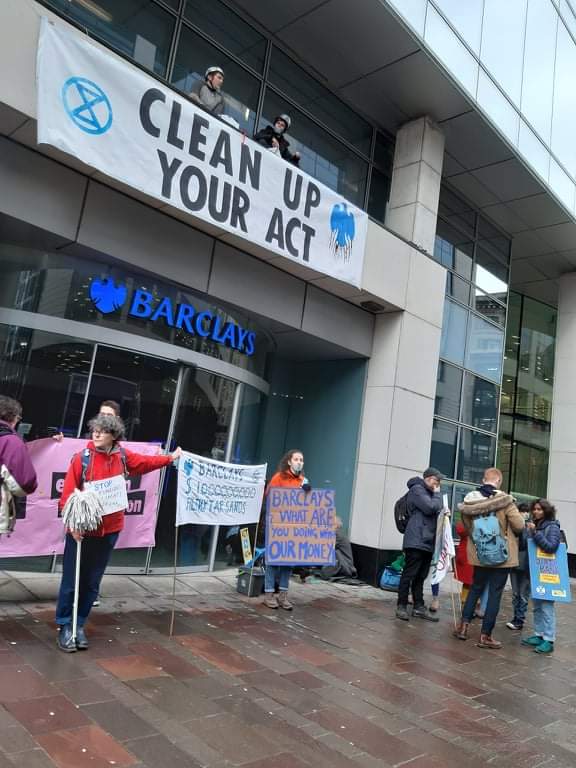 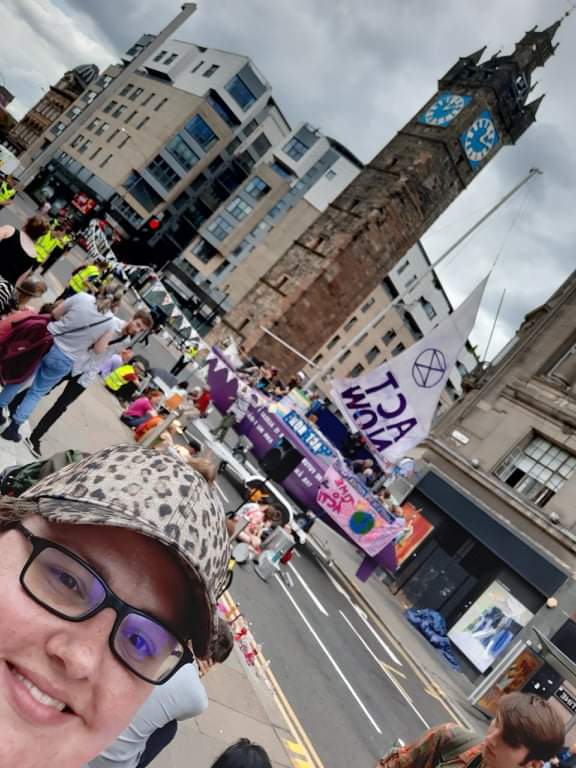 Having been involved with Extinction Rebellion (XR) Glasgow (and then, not involved, mostly because I’ve a habit of taking on too much and not considering what I can actually cope with), playing a part in some actions in the city – non- arrestable roles like trained legal observer, musical morale booster, ‘Climate Café mental health peer facilitator – I’ve come to realise I have more in common with climate activists than with those in ‘power’.

Midwives, ex-oil rig workers, architects, dog groomers, social workers, gardeners, doctors, academics, shop workers, mums and dads, grandparents, musicians, artists, students, all there for their own reasons but who’ve each concluded they have no choice but to do something now.

They’re all human, all get scared at times and worry about whether they are doing the right thing in the right way. But they’re also determined, kind, thoughtful, creative and a wee bit brave.

Perfect? Nope. Do they always get things right? No. Are they making a difference? Yes. Because we’re talking about it and world leaders are feeling the pressure at COP26 – as they should.