Erin from Alexandria and Ryan from the Outer Hebrides make up the hauntingly angelic, gothic duo that is Witch of the Vale. In a difficult year for many musicians the band were signed by Cleopatra Records and released their debut album. Their music has featured in two movie soundtracks and they made several music videos while working full-time and studying.

Q: Where did the name come from?

Erin: When we started the band, it was just for fun, as a house project. Ryan suggested we give it a try, lay down some tracks and load them to Soundcloud. The name was a joke about me being the goth from the Vale. People that aren’t from the Vale think it sounds quite mystical and ominous.

Q: What are your roles in the band?

Erin: I am the singer.

Ryan: I’m the keyboardist and synthesist. We write separately and then come together. It’s a process of compromise. That means the songs are not from any one person’s head, they exist outside in the space between us. We also do most of the engineering at home.

Q: Tell me about your band’s journey.

Erin: From it being a small project to where it is now has been quite rapid. We were very privileged our first show was supporting a big name. That came about through a little serendipity and luck – a friend of a friend is a major promotor for Goth and Alternative music in the UK. After that gig we were offered a lot of opportunities.

Ryan: We had just two months to create our set list to play in front of several hundred people. We aimed to play our first music festival by the five-year mark and achieved this in our first year at Infest 2019.

Q: How have the past 18 months been for you?

Erin: The initial lockdown gave us an opportunity to work on more music, but the manufacturing and distribution of our album had to be delayed which was frustrating as we put a lot of time into our work.

Ryan: We were offered our first big tour too with The Birthday Massacre, which obviously couldn’t happen.

Erin: The genre of music we’re in has a great community so the online music performances took off really quickly and received a great response. It’s a smaller community than other genres but very supportive.

Ryan: It takes a village. 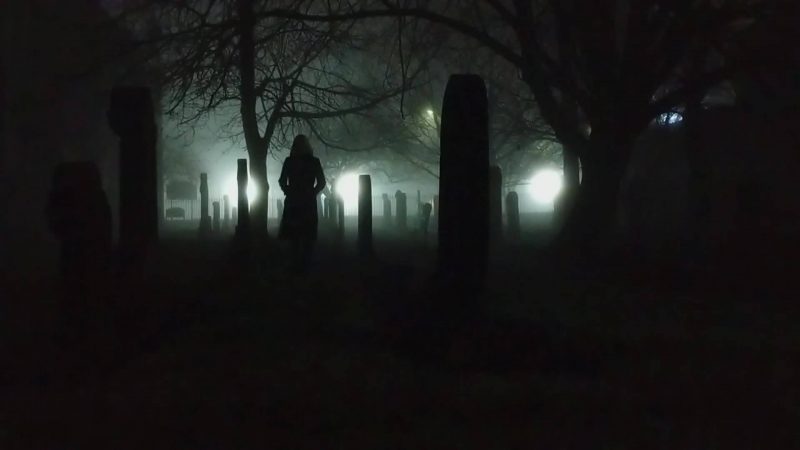 Tune into Bandcamp to listen to Witch of the Vale. www.witchofthevale.bandcamp.com

Tickets for The Birthday Massacre UK Tour 2022 are available from: https://www.songkick.com/users/W.O.T.V/calendar