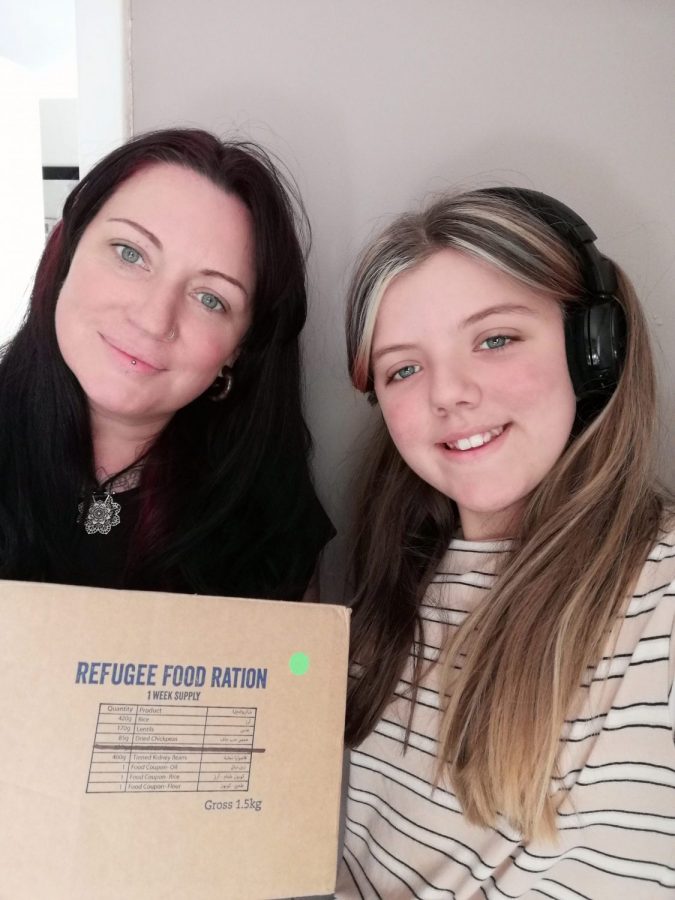 As a parent you would do anything to protect your child, ensure they are fed, clothed, with a safe place to sleep.

If that means leaving your country, friends and family behind to save their life, you would not hesitate.

For people across the world this has become a daily occurrence as they are forced to flee their own home and country, places where they are no longer safe because of war, political or religious violence.

Their struggle has only just begun as most end up trapped in crowded refugee camps with poor sanitation and surviving on basic essentials.

This year she decided to raise awareness of life in the camps by participating in Concern Worldwide’s Ration Challenge.

The charity’s annual fundraiser aims to highlight the plight of people living in refugee camps by asking participants to live on similar food rations for a week.

Pauline signed up and in June received her ration box.

She also received vouchers to buy 400gms of flour, some vegetable oil and additional 1.5 kilos of rice.

Pauline said: “I was sick of eating rice just a few days into the challenge.

“When you eat rice for breakfast you can’t get used to the texture of it.

“I was part of a team of six which means you can share spices and other stuff so I had six different flavours to add to the rice.

“It made a huge difference but I couldn’t stand it and I lost half a stone in one week.”

Lack of food started affecting Pauline so badly that by the third day she was unable to get out of bed to cook because she was exhausted and admitted she needed to cheat and eat an energy bar.

She said: “It was at that point I felt humbled.

“I am in a comfy house. I had a nice warm bed, I could just take to my bed if I was tired and I had plenty of clean water to drink.

“I also have a child who has a full fridge of food.

“It gets you thinking and it was really hard emotionally.

“You get hungry and all you’ve got is more rice but I only ate rations for a week, these people need to do that for years.

“The thought of other mothers having to survive without a kitchen or a safe bed for themselves or their children, knowing their children are hungry and on top of that dealing with disease, illness and depression.”

What fires her desire to help is the memory of 3-year-old Syrian refugee Aylan Kurdi, whose tiny body washed up on a beach in Turkey.

She said: “When I saw that image my daughter wasn’t far off that age and I felt I had to get a wee bit more hands on and involved.

Pauline has raised £1,300 from her Ration Challenge with £700 coming from an anonymous donor.

She added: “We really need to stop looking at it as ‘us’ and ‘them’ and instead ask what can we do to help.

“I would suggest people research it. There are two very good movies on Netflix – ‘Born in Syria’ and ‘Born in Gaza’, they are real eye openers.”