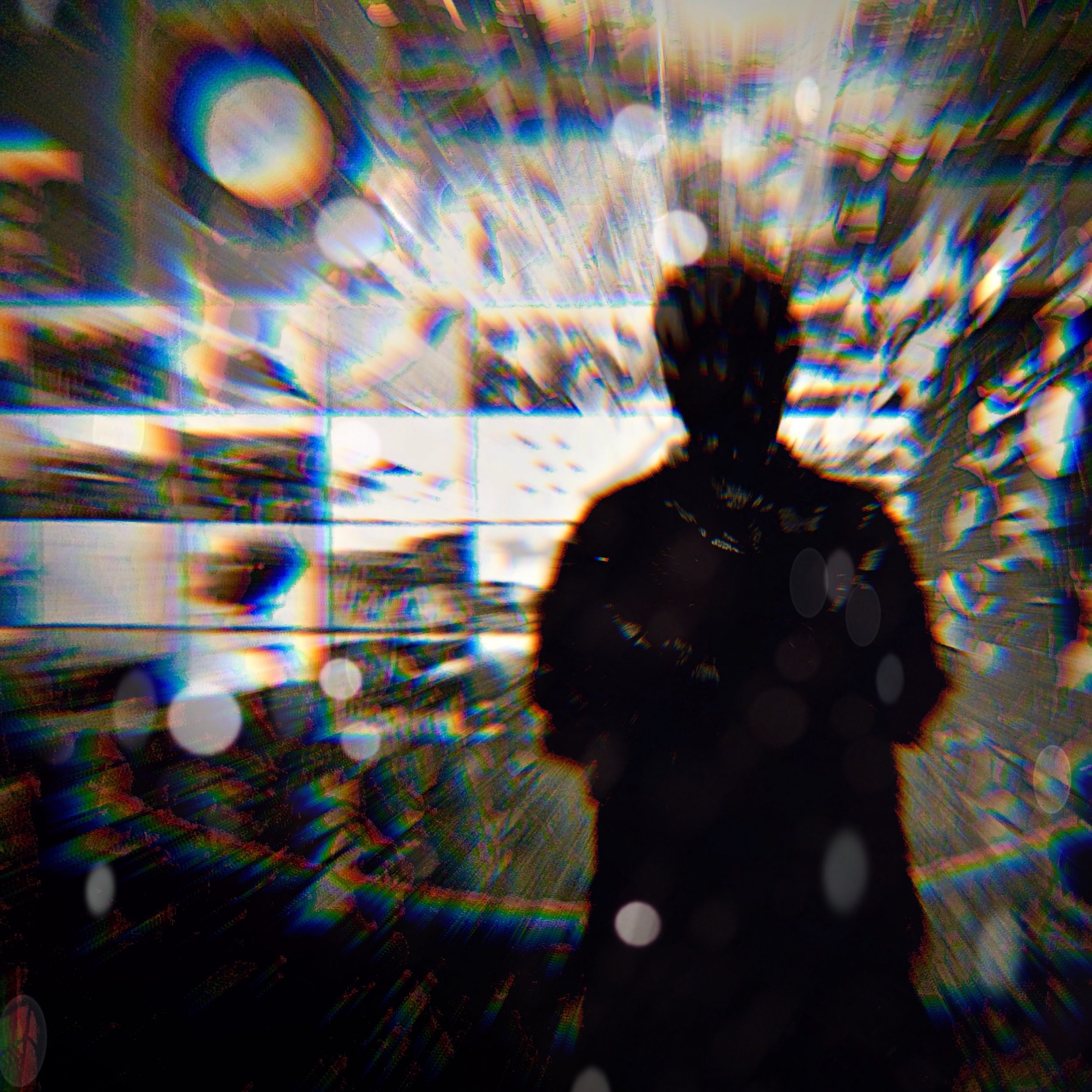 There can be few folk who embark on a career in graphic design and photography as they begin to lose their sight – but Clydebank creative Robert H. King is one such inspiring individual.

Robert, who currently works as a librarian in Dalmuir Library, started his creative career setting up his own record label in the 1980s.

Growing up in Clydebank in the Sixties and Seventies there was little opportunity to learn about art, design or photography but he was attracted to the music industry by the record sleeve covers which tempted him to part with his money.

“My visual education was record sleeves – it was the photography and design of them, back then in libraries you would never see design books it just wasn’t that accessible.

“So it was getting into records, travelling into Glasgow to buy them.

“Because you hadn’t heard a lot of the music you tended to buy things based on the aesthetics of a record sleeve in the shop window and hope the music was good, that was what got me interested in design.

“When I started the record label it was easier and cheaper for me to do the graphics and design myself.

“It was all very low-fi and on a shoe-string, it was just self-taught and grew over the years.”

Robert was born with problems with his sight which gradually got worse until he ended up completely blind for a number of years and had to wind up his music business.

“It changed everything for me. I had a couple of years trying to adapt to losing my sight and then after surgery I got enough sight back to try to do something else so I went to college to try and find a new creative outlet.

“It was all multi-media stuff I was doing – designing interactive CD-Roms and websites.”

Robert also published a magazine and it was a chance encounter with another publisher which led to a job as graphic designer for Street Level art gallery in Glasgow.

Here he met photographers and digital artists who inspired him to continue learning new creative techniques.

“I was teaching myself as I went along. Part of my job at Street Level was preparing artwork for print and exhibition so you get to see how people put stuff together, a lot of people left a permanent impression on what I was trying to do.

“I tried to get into photography myself but it was really difficult using cameras with my sight issues and a darkroom was well and truly out of the window, I couldn’t do that at all.

“Then in 2012 my wife bought me an iPhone and that was it – within a couple of days of taking photographs I was really blown away by what I could do with it and some of the results, it really turned everything around.”

From that revolutionary discovery Robert went on to buy an iPad to edit his work on a bigger screen and within a couple of months had submitted his first piece of art to West Dunbartonshire Council’s Clydeside Open art show – it sold in the first 15 minutes of the opening night.

“It was a big image of the Titan Crane I had composed, more like a digital painting. That just got me hooked.”

Robert has since exhibited in all Clydeside Open art shows as well as having artwork displayed in various galleries across Scotland and as far afield as Palo Alto, California.

In 2014 his solo exhibition ‘Seeing the Unseen’ at the Backdoor Gallery in Dalmuir was the first art show in Scotland showcasing images taken solely on a mobile device.

As well as his own artwork Robert runs photographic workshops in mindful photography, fine art flower photography and creative self portraiture.

These focus his creativity on details that many of us miss, such as a fallen leaf on top of a bus shelter.

Light in the Dark

In recent months Robert’s vision started to deteriorate again, but after a difficult year he now has a new creative outlet for his visual challenges.

He explained: “I’m completely blind in one eye, all I‘ve got is light. I had surgery on it and my lens is now floating about in that eye, so I have double vision of light and shadow.

“In my right eye I have about 40% damaged vision which has issues as well.

“I think the pandemic took its toll on a lot of creative people, it’s hard finding the energy and motivation, but things are picking up now.

“I started a new series of work which is a visual representation of what my sight is like and posted it to various online art forums.”

He posted it to the Grayson Perry Art Club group on Facebook and was pleasantly surprised with the positive feedback.

“People have been commenting this is how their mother sees and are blown away that someone can put it into art and after seeing my images they’ve gone away and bought the app I use.

“To do it through adversity and inspire someone else because you have managed to do it yourself, that’s a huge buzz.

“Being more vocal about having sight issues and doing art is all about representation and inclusion.

“There shouldn’t be a barrier for anyone doing anything – whether it’s physical health or mental health everyone should have access to be able to do these things, so I’m more than happy to answer people’s questions and talk about it and discuss it.”

Robert will be raising the importance of inclusion and accessibility in a new BBC documentary Blind Ambition which he features in later in the year.

You can see more of Robert’s artwork on Instagram @rhkingart