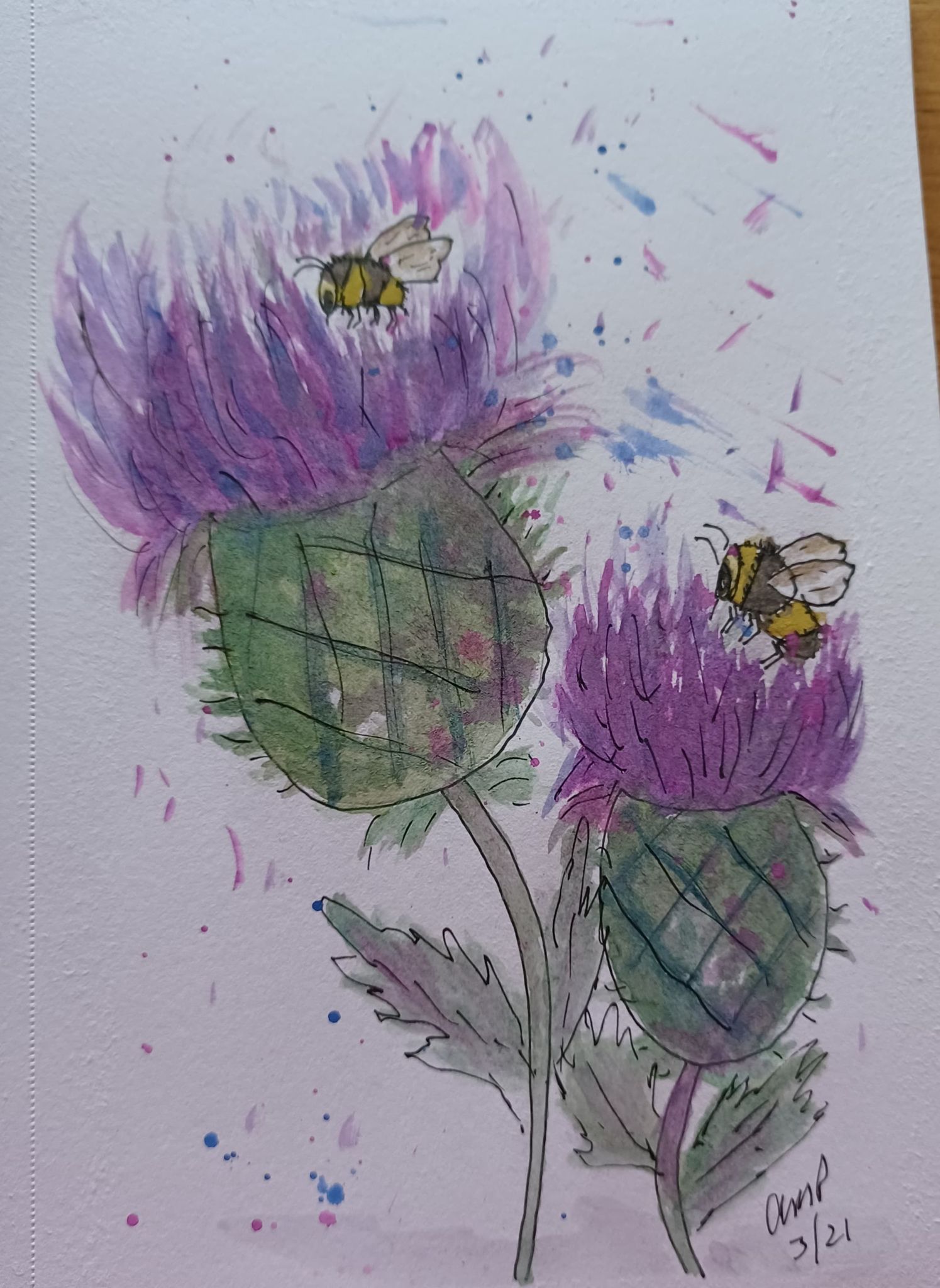 Nature is important for my well-being.

It always has been.

I got thinking about how it played a part in my childhood and was astonished at just how big a part it played.

We lived in Govan Drive, opposite us was the Academy Sports Park, a swimming pool is there now.

Mr Spier would come with his tractor and cut the grass.

We would collect the cut grass and form it into an outline of a house – two or three bedrooms was luxury.

We were surrounded by long grasses.

I could never whistle using a piece of grass but loved hearing others do it.

Daisy chains were a joy to make.

I thought these little flowers were magical, as they closed their petals at night, and turned pink.

Buttercups held under the chin told us if we liked butter.

Pink and white clover grew in abundance, we’d spend hours searching for a four leaf one.

Soorocks, or sorrel, tasted bitter but quenched our thirst.

White bindweed grew up fences, and we played a game, ‘Mary Queen of Scots got her head chopped off’, where we popped the flower head off by squeezing its base.

Rosebay willowherb was a lovely tall flower, growing in derelict places, or where a fire had been.

It grew in profusion behind our tenements where the Tin Kirk used to be.

So did nettles and dock leaves.

Woods were full of bluebells. We collected acorns and conkers in autumn.

We made helicopters from sycamore keys.

We were told not to pick dandelions as they were ‘pee the beds’, but we did and told the time by blowing the seeds or made wishes on them.

Wild raspberries and brambles grew at the bottom of Argyll Park, along the edge of the railway.

We ate our fill of them. We also nicked gooseberries and peapods from the allotments at the side of Tullichewan. The Plantation.

Mayflower or cuckoo flower grew in abundance in the ‘hospital park’ where the cattle show was held.

The burn flowed through the Christie Park, and we collected frog spawn from the edges.

We collected pine cones from tall Douglas Firs at the side of the road.

Rhododendrons, or Rosiedendrums as we called them, were a highlight of the year.

They grew in every colour from the gates of Balloch Park all the way up to the castle.

A sight to behold.

Red squirrels could be seen jumping around beneath them.

Crows nested in the hundreds in the trees.

Yes, nature played a huge part in my childhood, and thankfully still does.