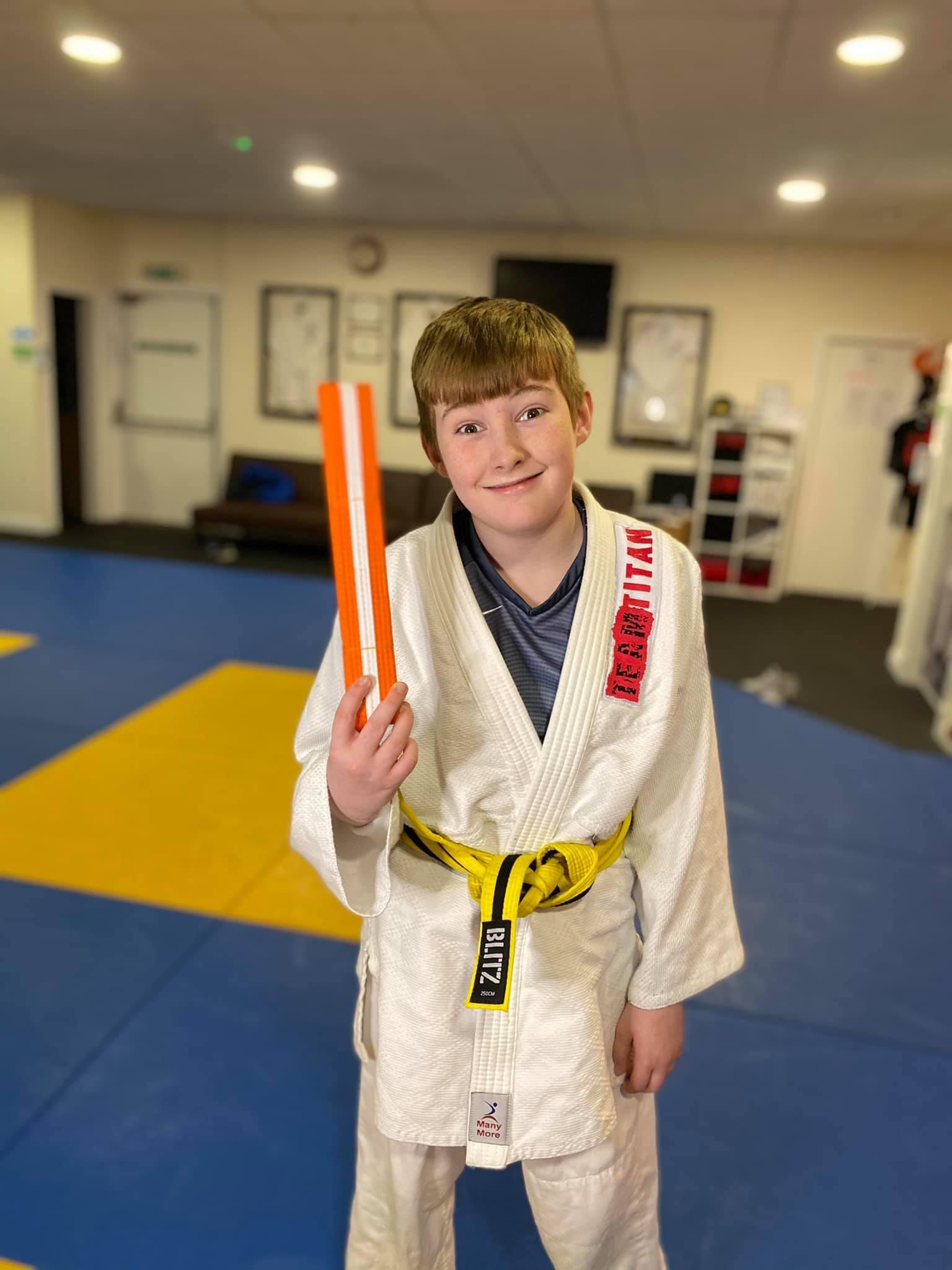 Beating people up, throwing your opponent to the floor, holding them in an air choke; a sport only suitable for boys – these are a few common misconceptions about Judo.

It is instead a martial art with a set of moral codes to help transform a person into a better version of themselves.

Paul McGuinness has been teaching Judo for over 20 years.

He explained: “Judo is quite an unique sport where you are fighting but you’re learning a lot about yourself which can spread into the rest of your life, how you conduct yourself.

“Moral code was invented by a wee guy called Jigoro Kano and came from ancient Jui Jitsu, which is battlefield fighting in Japan.

“What he did was take all the dangerous stuff out of it and make it more educational.

And that’s exactly what Paul wants to achieve in his Titan Judo Dojo 54 at the bottom of Kilbowie Road in Clydebank.

After a decade of teaching in the former Playdrome, then Clydebank Leisure Centre he found it difficult to create a community hub with constant cancellations for other events taking place over his classes.

Now with his own premises he hopes to encourage other local clubs to use the facilities during the day when he isn’t teaching and create a safe space in the evening where the kids can come to do their homework before Judo or just have a place to take time out to help their mental well-being.

He said: “Now we have this place, we’re masters of our own timetable and can try to build a bit of community within the club, that’s the main goal.

“I am also trying to help children and adults improve their physical health and wellbeing.

“A lot of kids come into Judo these days with very poor movement and coordination skills.

“Play nowadays is more structured or it’s all phones and X-boxes.

“Kids don’t have that rough and tumble any more. Everything is quite isolated and sterile.

“I think as long as kids are involved in sport or are active, that’s what I’m really looking for to help keep them fit and healthy.” 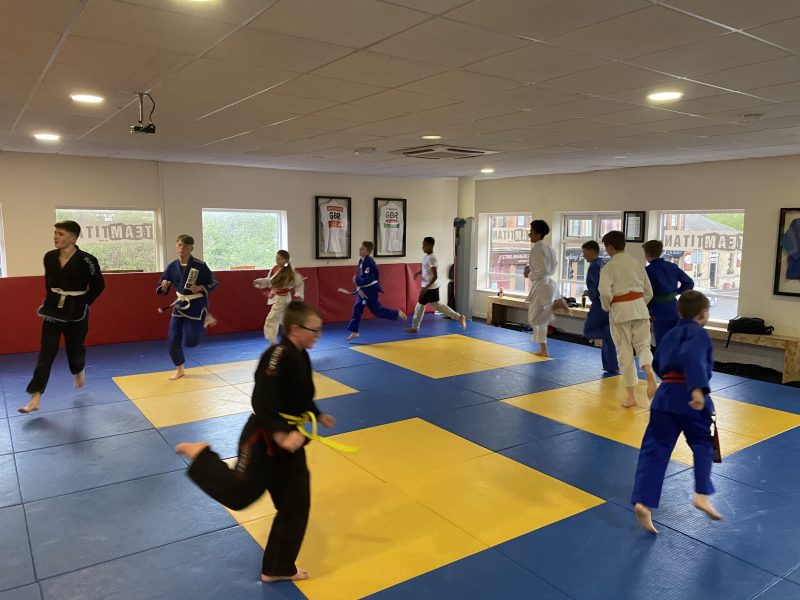 How It All Began

Paul first hit the tatami (mat) when he was eight years old after his mum took him to Judo classes in Clydebank Hub CE Centre.

Describing himself as overweight and suffering from asthma at the time, he tried various activities to improve his health.

However Judo was the one he enjoyed most and his coach Duncan Hewitson, whom he passionately described as “a great educator,” is the reason he went on to coach.

Paul said: “I started helping my coach when I was a teenager. When I reflect back I probably got involved because of the way Duncan coached.

“A lot of the guys who came from our club are still involved in Judo and still coach.

Duncan now comes along to Dojo to help, he also brings his grandkids to the classes.”

More Than A Sport

Cindy Little started taking her two boys to Paul’s classes after her eldest had no confidence and was having problems at school.

She said: “The coaches are really patient and kind with the children, but they also give them good rules and build their confidence loads.

“It worked really well and helped my eldest son feel more confident and he knows how to defend himself now.

“My younger son Aaron always had stiff joints, now he’s quite flexible and has more stamina.

“They both absolutely love it and are really sad if they miss a class.”

Aiden has been attending Paul’s Judo classes for the past two years in the Dojo 54 Academy.

In that time he learned self respect and how to conduct himself, as a result his mental and physical health have improved greatly.

He said: “I think more positively about myself and I’m more confident about speaking up for myself.

“The classes also help my coordination, I can do physical things easier than before I started, like press ups and squats.”

The club run a number of classes for all ages. For details contact Paul McGuiness 07970519768 or visit www.titanjudo.org for more information. 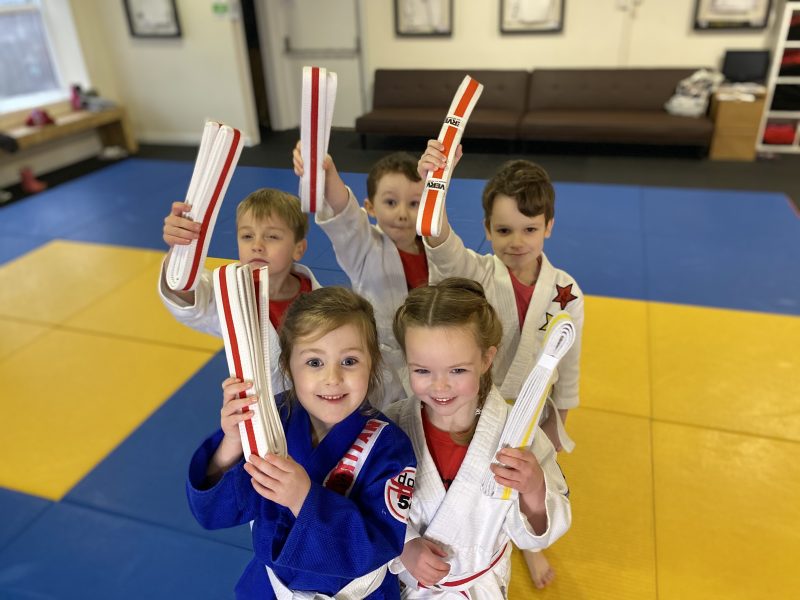