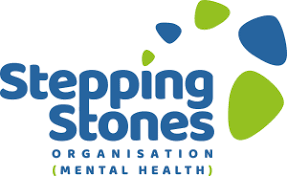 Often underplayed is the role of Trustees who work in the background of any charity, ensuring the organisation’s staff are supported to achieve its vision and mission.

Occasionally we hear from high profile celebrities who may have ambassadorial roles in charities.

Unlike Trustees they tend not to get involved in the day-to-day running of their chosen charities, instead using their fame to promote causes close to their hearts.

Stepping Stones is in an unusual position in Scotland.

We are one of the few user-led organisations in our country that continue to provide services to a high degree.

However, having lived experience of mental health problems is not a prerequisite for our Trustees.

So, why do Trustees get involved in Stepping Stones?

Bankie, Craig Edward has been a Trustee for almost two years.

He got involved after losing his mother in 2018.

As he was his mum’s carer, it was understandable he felt pressure on his mental health.

Craig explained: “Supporting a mental health charity was my way of giving back.”

Originally from East Lothian but now retired and living in Old Kilpatrick, Alison Punton spent her working life in social work and community based organisations.

She originally got involved in Stepping Stones – partly through personal contacts and partly because of the good reputation of the charity.

Alison feels that “it is as important to look after your mental health as much as your physical health.”

She also strongly advocates that people who use services should be involved in the running of the organisations that support them.

It’s not all work and nose to the grind.

Sure, there are regular meetings and decisions to be made, but Craig said he loves “reading the reports and seeing the real difference our incredible staff and volunteers make to people’s lives.”

Alison enjoys continuing to develop her knowledge and skills and peer support of the Trustees group.

Both feel being a Trustee is very rewarding and a real opportunity to contribute ideas to help improve our services.

At Stepping Stones we recognise everyone has skills that can be utilised in some way to support other people.

If you are interested in finding out more about becoming one of our unsung heroes, we would love to hear from you. Just call us on 0141 9412929, or send an email to john.white@stepstones.org.uk.