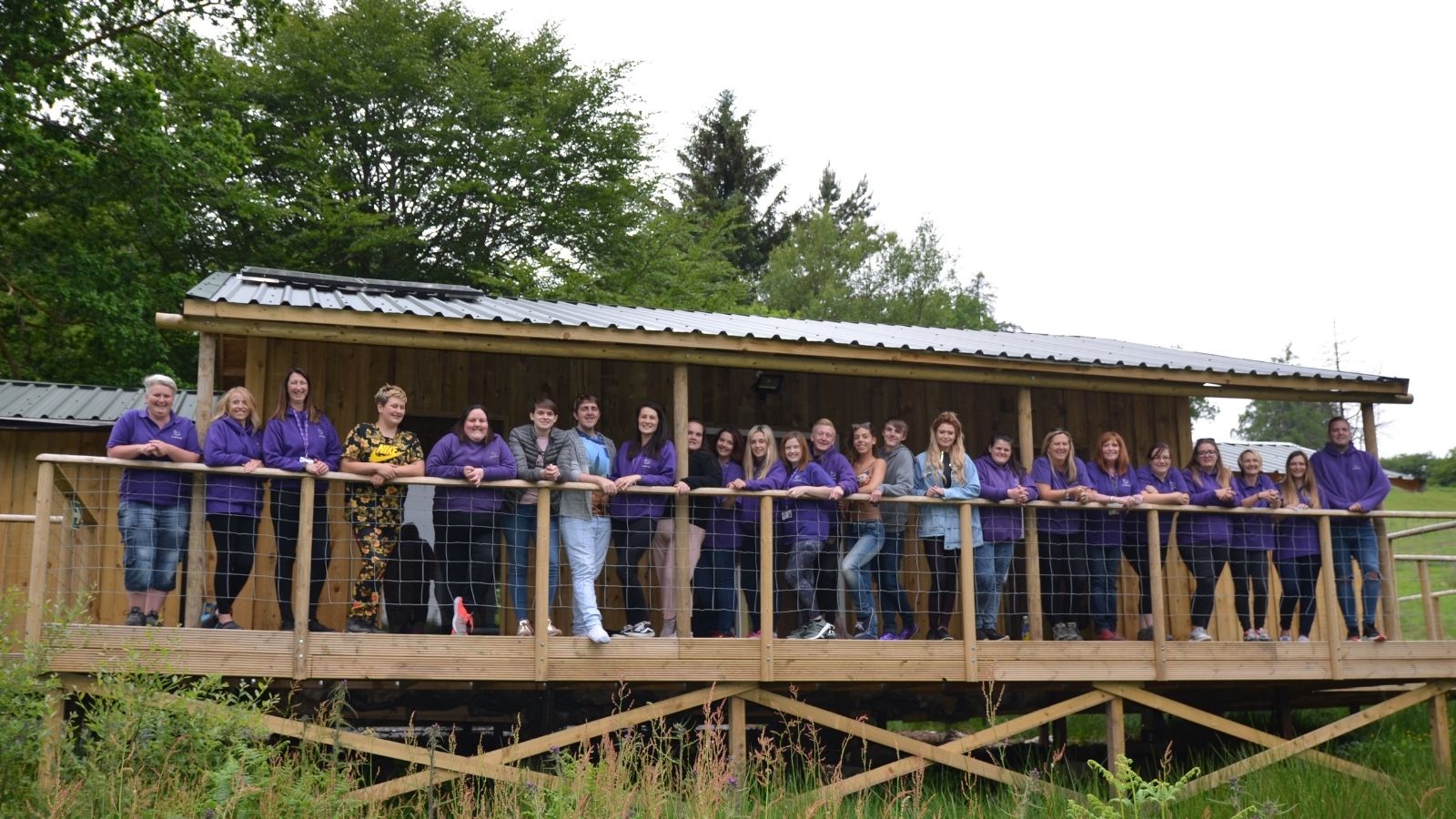 The midges are starting to bite as we head along the footpath taking us deep into the heart of Carbeth and by the time we have walked about ¼ mile to the newly built hut belonging to Y Sort It the pesky insects are out in full force.

Staff and volunteers from the Clydebank-based youth charity are busy trying to light a BBQ so the smoke will keep them at bay for awhile – plus they need to get the burgers on to cook as there are some very hungry young people on their way back from a walkabout round the Carbeth site.

While waiting for the young members to head back we had a chance to wander round the beautiful new-build which sleeps 10 and, with a composting toilet and solar lighting, is fully eco-friendly.

It wasn’t long before the Board returned from their tour and after joining them for a bite to eat Clydesider had the privilege of finding out more about the exciting new adventure the charity has embarked upon. 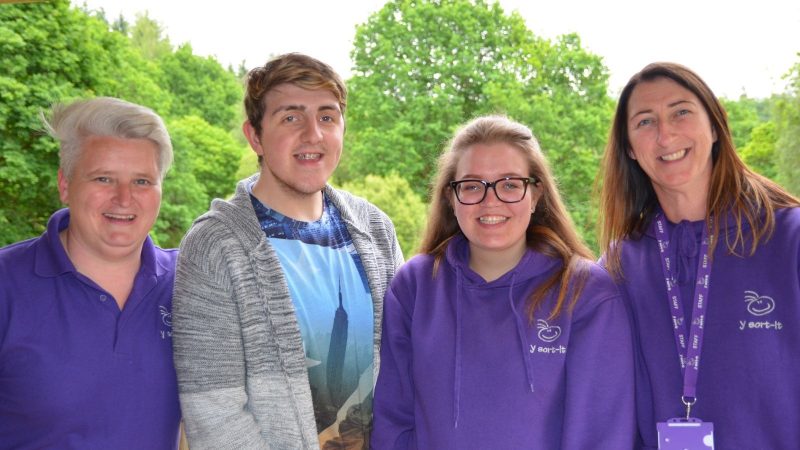 Vice Chairman, 19-year-old Patrick Clark from Clydebank tells me it was a year ago that Y Sort It manager Gillian Kirkwood, took the idea of building their own Carbeth hut to the Board – all of whom are young people from the area.

He said: “When I first heard that Gillian wanted a hut here I was a bit taken aback but I thought it would be great for more young people to enjoy the outdoors.

“When we got to see the plans and then coming up here to work out where everything would go it started to dawn on us that we were actually building a hut – it became real.

“Then when we saw the finished product I was so blown away by it because I didn’t expect it to be the size it is or how homely and comfy it feels here.”

Most of the young people we talk to have been involved with the hut plans from the start and they shared Patrick’s initial surprise at the idea and excitement at what they have helped create.

Michelle-Dominique Bell, 20, is the charity’s Chairwoman, she has been with Y Sort It for 10 years, joining their Young Carer’s group when she was 11 and becoming a board member four years.

She said: “When Gillian first brought it up we thought it was a good idea but we didn’t know if it would happen, we were a bit skeptical at the start especially when we came up here to see the place and it was covered in trees.

“Gillian has a hut here herself and so do her family and she knows how great it can be for young people.

“The next thing we know we are making plans for it, setting out cones around the site to try and work out what it would look like and what size we needed. Then we came up a couple of months later and the main building was there and two months after the rooms were all built and then we came up for our first time to stay here.

“It has been amazing to see it go from an idea to a real hut, I’m really excited to see the young ones come here for the first time.” 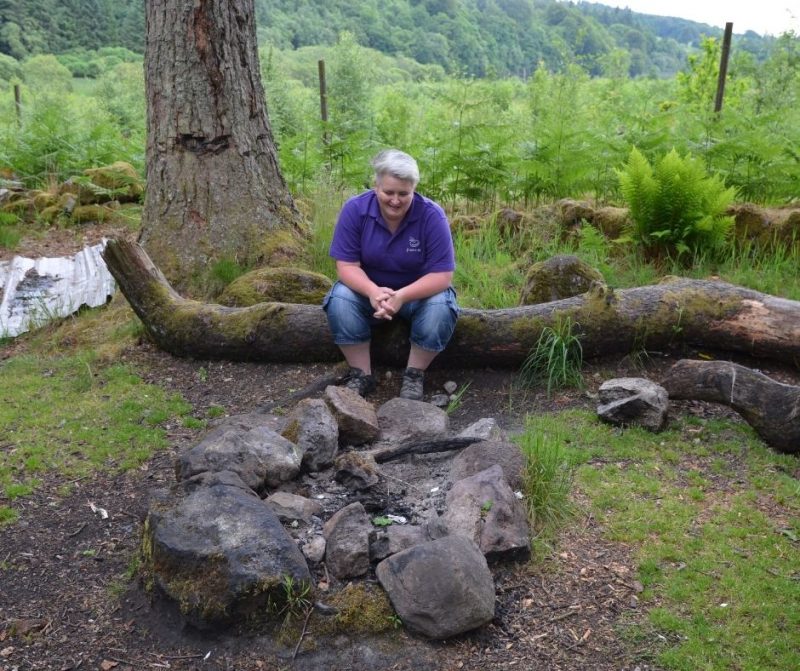 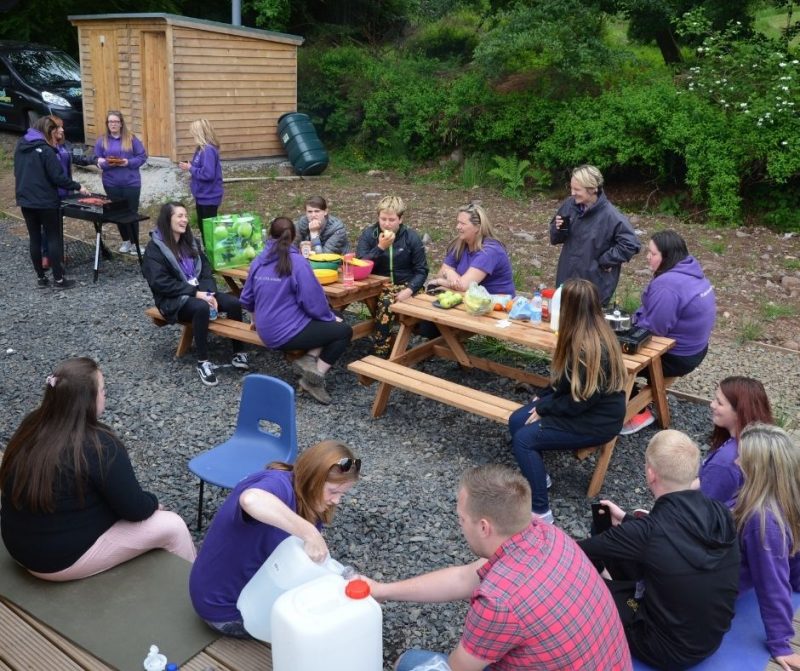 The Carbeth huts have been an important lifeline for hundreds of families from nearby urban areas since 1918 when soldiers, returning from World War 1, were granted camping rights on the site by the owner Allan Barns Graham.

As Glasgow and Clydebank grew to become industrial powerhouses the chance to escape from the pollution and pressure of urban life became ever more important and during the 1920s and 30s the huts began to appear and grew in number providing workers with a much-needed fresh air and tranquility.

In 1941 the area became a sanctuary for Clydebank families who had been made homeless during the Blitz.

And over the decades it has played a crucial role in the area’s and the nation’s social history as the hutters fought to stay on the land finally, after settling a 15 year rent strike, completing a community buy out in 2013.

As the hutters gear up to celebrate the site’s centenary year there are now over 140 huts on the site which belongs to the Carbeth Hutters Community Company.

And with Y Sort It’s new build joining the community, the area looks set to continue making an impact on many more young lives for years to come.

The charity secured funding from Cashback for Communities, Life Changes Trust, the Big Lottery Scotland and support from West Dunbartonshire Health and Social Care Partnership to get the hut built.

Their staff and volunteers are excited at the potential the space offers and have plans to run respite and pampering stays for their Young Carers’ Group as well as nature trails and adventure activities for the youngsters who take part in their varied projects. 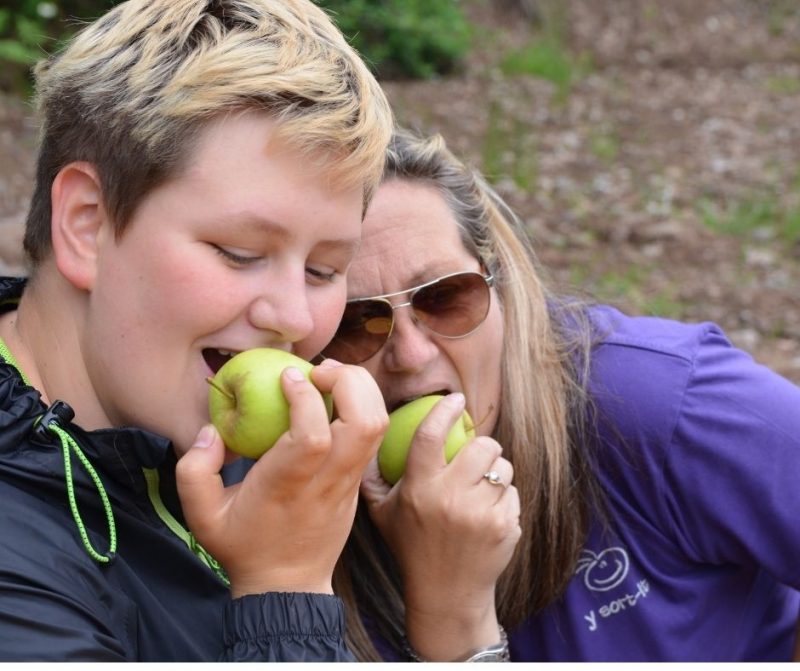 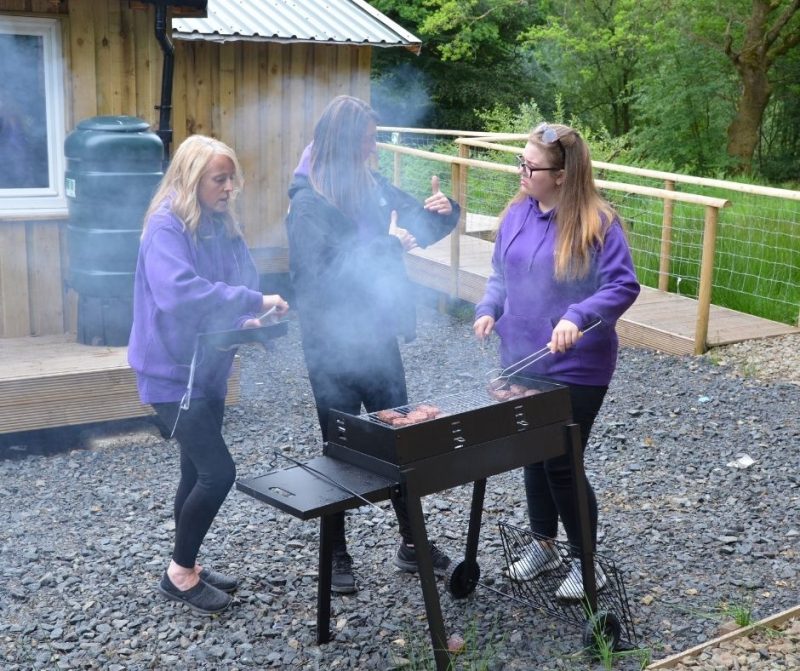 Angela McVey, a Board member for five years and part of their Young Carers’ group, said: “After our first stay here I just wanted to pack my bags and move in – I didn’t want to go back because I was feeling so peaceful and calm.”

And Michelle added: “Being part of Y Sort It has been the best thing that has happened to me, it has changed my life. They gave me the support and help I needed.

“Five years ago I would never have thought I would have a degree but thanks to Gillian and Laura and the rest of the staff they gave me the confidence to do it, now I hope I can help other young people and this is the perfect place to do that.”