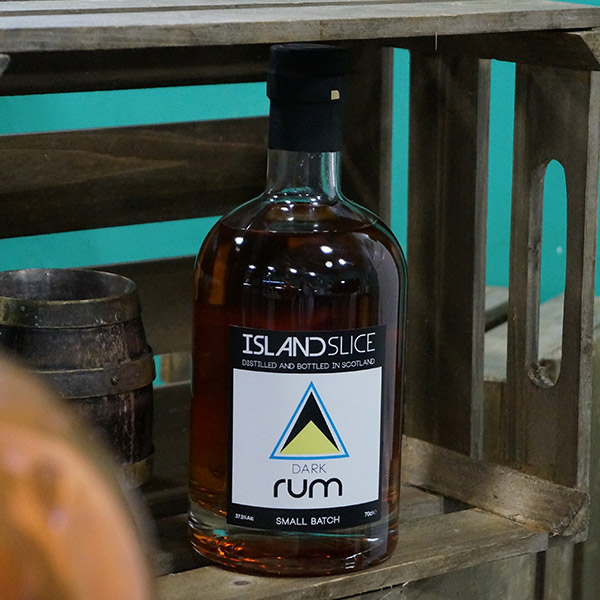 The murky banks of the Clyde have little in common with the white sands and crystal blue seas of the Caribbean.

Until now – when an ambitious young St Lucian decided to follow in his father’s footsteps and try his hand at distilling.

But instead of the traditional whisky which generations of sons and daughters of the Rock have helped produce, Sylvester Herman is distilling rum.

And his Island Slice rum is proving a popular alternative to Scotland’s national drink.

In an undisclosed location close to the Clyde Sylvester is honouring the memory of his father David Gabriel who ran his own rum shack in St Lucia.

Sylvester’s journey from St Lucia to Scotland has been via New York where he was brought up by an older sister, then Germany, Afghanistan and Iraq, serving first as a member of the US military and then the British military.

In 2014 he decided it was time for his next move and whilst in Crete Aphrodite decided to lend a helping hand.

It was here he met his Scottish wife Clare and together they moved to Dumbarton.

“I liked being in Scotland but I didn’t know what I was going to do here,” Sylvester explains.

“There was no rum here, just whisky so I decided to try making a proper rum punch from my mum’s recipe. I didn’t expect anything to come from it, but decided to give it a go.”

“I went to the first food market with 500 bottles and sold out on the first day – it was a four day market – so I went back the next day with a thousand bottles and the same thing and again the next day. I couldn’t believe it.”

Sylvester was delighted to have discovered a market for his mother’s secret recipe but his next challenge was finding a wholesale rum supplier.

“I don’t know if it was because I was a small company or because I am a black guy but no-one wanted to sell me rum.

“So I decided to set up my own distillery.

“That’s how we ended up with a rum distillery on the banks of the Clyde. I’m doing it the way my father and forefathers did it

“The reason I registered the company in 2015 was because my father passed away and I needed to do something.

Sylvester’s rums can be purchased online from www.islandslice.co.uk and in various shops across Scotland including Nisa in Old Kilpatrick or check out our social media for a chance to win a bottle of dark rum sent direct to your door in time for Christmas.