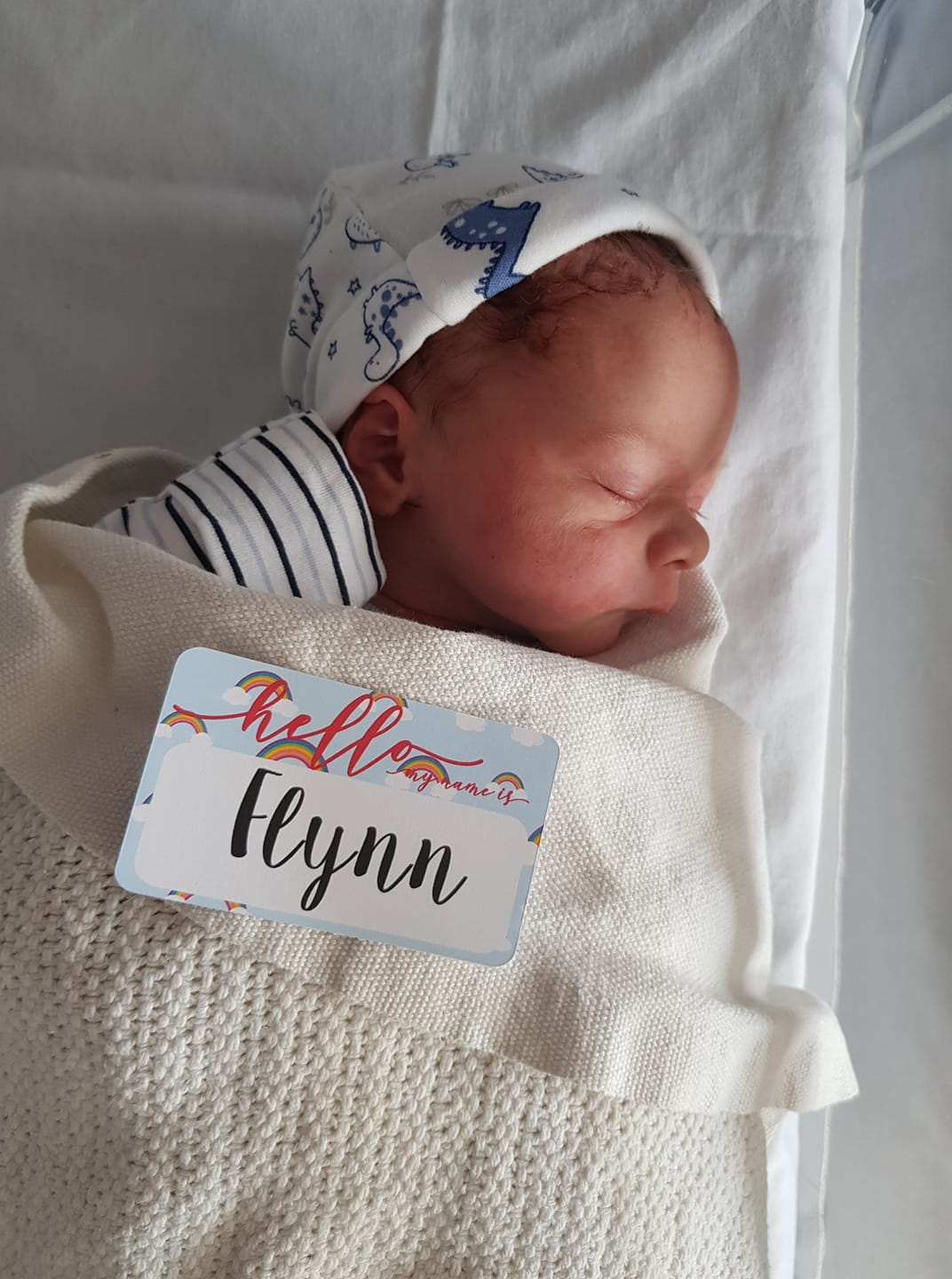 Tapping my foot in anticipation, I squinted at the small strip in front of me, watching as one pink line and then a second slowly appeared.

I’d already known I was pregnant – despite the lack of morning sickness, I’d just had a ‘feeling’.

My partner, Tom, had the same reaction – we were quietly delighted and for the time-being, we kept the news to ourselves.

It was July 2019 and we had no idea we would be in the middle of a global pandemic when our little bundle of joy made his appearance.

The weeks passed by and finally it was time to go for our first scan.

Armed with a few blurry photos and the reassurance that all looked well, we went home and broke the news.

First, to my then ten year-old son, Dexter, who was delighted to finally be becoming a big brother.

“I kind of guessed though, Mum”, he told me. ‘You’re not very good at keeping secrets.”

2020 rolled around and soon we began to hear the murmurs about a new virus. It began to sink in that our families wouldn’t play as large a role in the first few weeks of our son’s life as we thought.

“We’re going to keep him at home for a week before he meets anyone,” we told grandparents and friends.

A week seemed like such a long time but we thought it was best to keep our son to ourselves for a while.

On the 19th March, my due date, I went for my weekly midwife appointment at the Vale Maternity Unit and was met with a teary midwife.

“We’ve been closed. We can’t have any women birthing here, as of today,” I was told.

My dreams of a midwife-led water birth slipped away as I was told I’d need to go to Paisley instead.

At 9pm on April 1st, Tom dropped me off at the RAH, alone, to be induced.

He wasn’t allowed in the building so he headed home to wait for the call to come back in. I was moved to labour ward at around 1am, and I called for Tom to come in at 3am.

He arrived a short time later and after a few more hours, lots of gas and air, a morphine injection and a slightly more traumatic birth than I’d have liked, Flynn Jackson McConnell arrived at 9:52am on the 2nd April 2020.

We spent about 2 and a half hours together, eating toast and drinking coffee (best meal in the world, the toast when you’ve just given birth!) and getting to know our son.

Then Flynn and I headed back to the ward and Tom went home, only realising once he’d left that he wouldn’t get to see us again until the following day.

It was almost tea time the next day before we were finally released and Tom drove us, very carefully, home so that Flynn could meet his big brother.

The first morning we woke up as a family of four, there was no visit from the midwife.

On day 5 Gillian, the midwife I’d seen throughout my pregnancy, visited in full PPE to administer Flynn’s heel prick test.

Then she left and we were alone again. We had one more check from the midwife at day 10 where Flynn was signed over to the health visitor and that was that.

I feel very lucky that in this situation I had the experience of being a mother already and was comfortable being left to my own devices, but my heart goes out to those first time parents who were left without any support for days on end.

I can only imagine how difficult things must have been for those who would have benefited from their midwife dropping in to reassure them their babies were healthy and thriving, to check on stitches and latches and mental health.

I sincerely hope everyone got through it okay.

It has been just over six months now since Flynn came into the world.

He’s met most of his immediate family, though only a handful of times. He’s been to only two baby classes and last week his Daddy took him to the park for the first time.

I worry how this all will have affected him and the other babies born in lockdown.

For now, all that matters is we’ve kept them safe and given them the best start we can during a global pandemic.

If nothing else, they’ll have one hell of a story to tell their grandchildren.