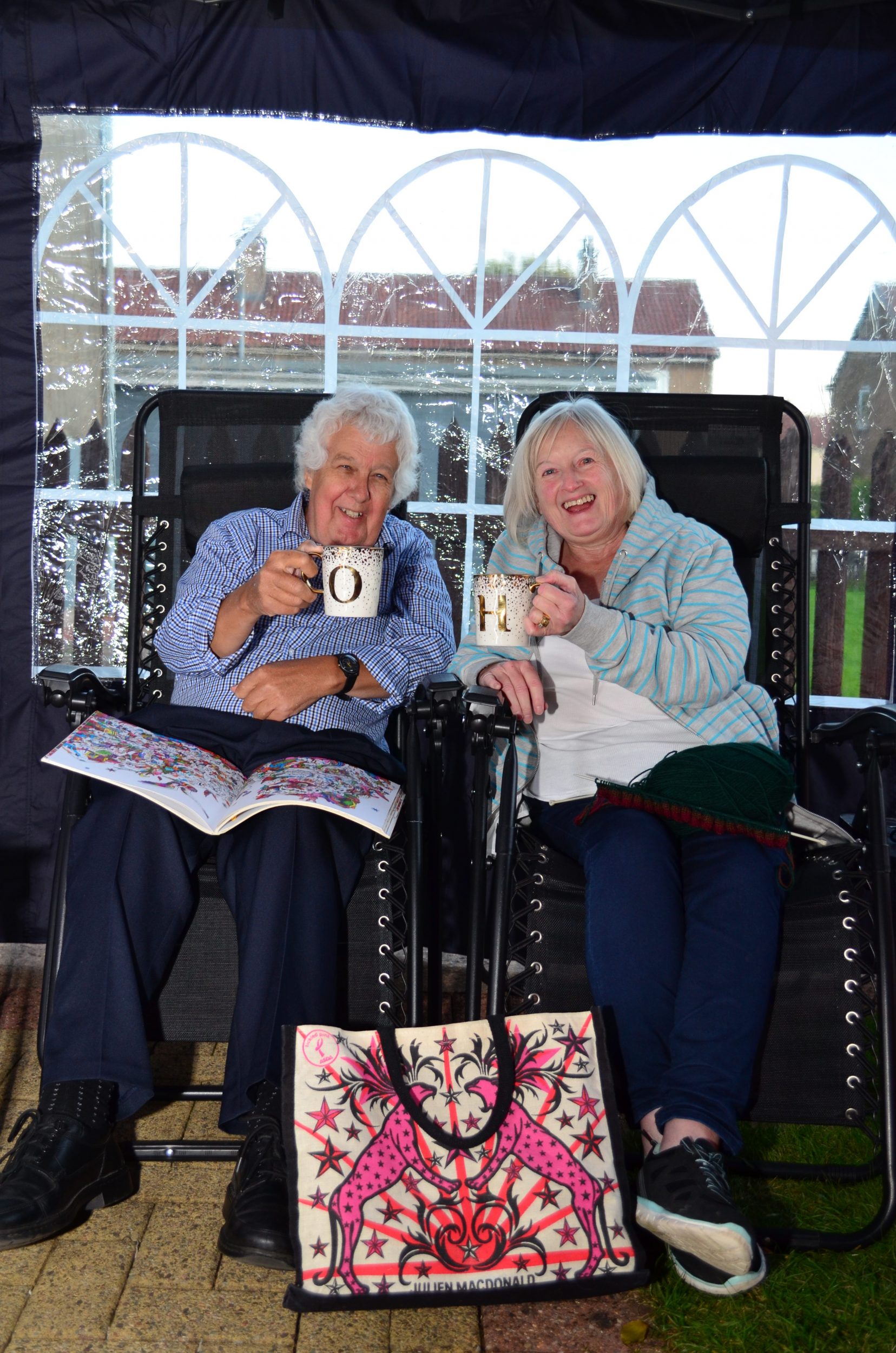 During lockdown couples have had to adapt to lots of changes and experienced many new challenges.

Social clubs are closed, work places are closed and most people are spending more time at home with each other than ever before.

After 46 years of marriage, local artist and photographer Owen McGuigan and his wife Helen remain very much in love and believe their marriage has become stronger during this particularly strange time.

Owen said: “Lots of marriages break up under these circumstances, I think ours is better.

“We discuss things, we definitely talk more. Not many people get to 46 years, a lot of people throw the towel in too soon.

“Every marriage there are hurdles along the way but you need to stick in there, we’re partners for life.”

How It All Began

The couple met when Helen worked in the Co-operative in Fleming Avenue and Owen worked with Galbraiths joinery firm.

Their romance began after a family friend decided to set the two up which inevitably prompted Owen to ask Helen on a first date.

Helen laughs as she recalls that first date she said: “He was a shy guy, so shy that he brought his sister and her friend with him on our first date.

“We went into a restaurant in Argyle Street. It was a cinema as well and had a tea room at the bottom.

“I had such a dreadful headache with all this stress of having to go out with this guy, so I had a disprin with me and decided to add it to a cup of tea and it started foaming everywhere and bits were shooting out the cup, it was embarrassing.”

The couple didn’t let the events of the first date put them off and continued dating.

They put the success of their marriage down to a number of things from sharing interests to having their own hobbies, lots of patience and allowing each other to grow and develop as individuals.

Owen said: “You need a lot of patience and you’ve got to make allowances for people. Helen had lots of clubs and things she used to do before lockdown, she enjoys them and I just do my thing.

“You’ve got to let people be themselves, you cannae tell people what to do, that’s domineering and it’s not a good thing.”

As well as doing things separately the couple are enjoying spending the extra time they are having together and as restrictions lifted over the summer months took advantage of cinemas and restaurants re-opening.

They also invested in a gazebo for the garden as the dark nights close in.

Owen said: “Because of the latest restrictions we bought a gazebo so we sit out at night with a wee fire on with a wee light and just enjoy it.

“We can only get garden visitors so we thought this is going to last till the end of the year and winter is coming so the gazebo means our garden visitors are a wee bit sheltered.”

The couple are not short of visitors and are also enjoying the extra time they are getting to spend with their family including their three grandchildren.

They intend to make every moment count and live each day loving and respecting each other to the best of their ability.