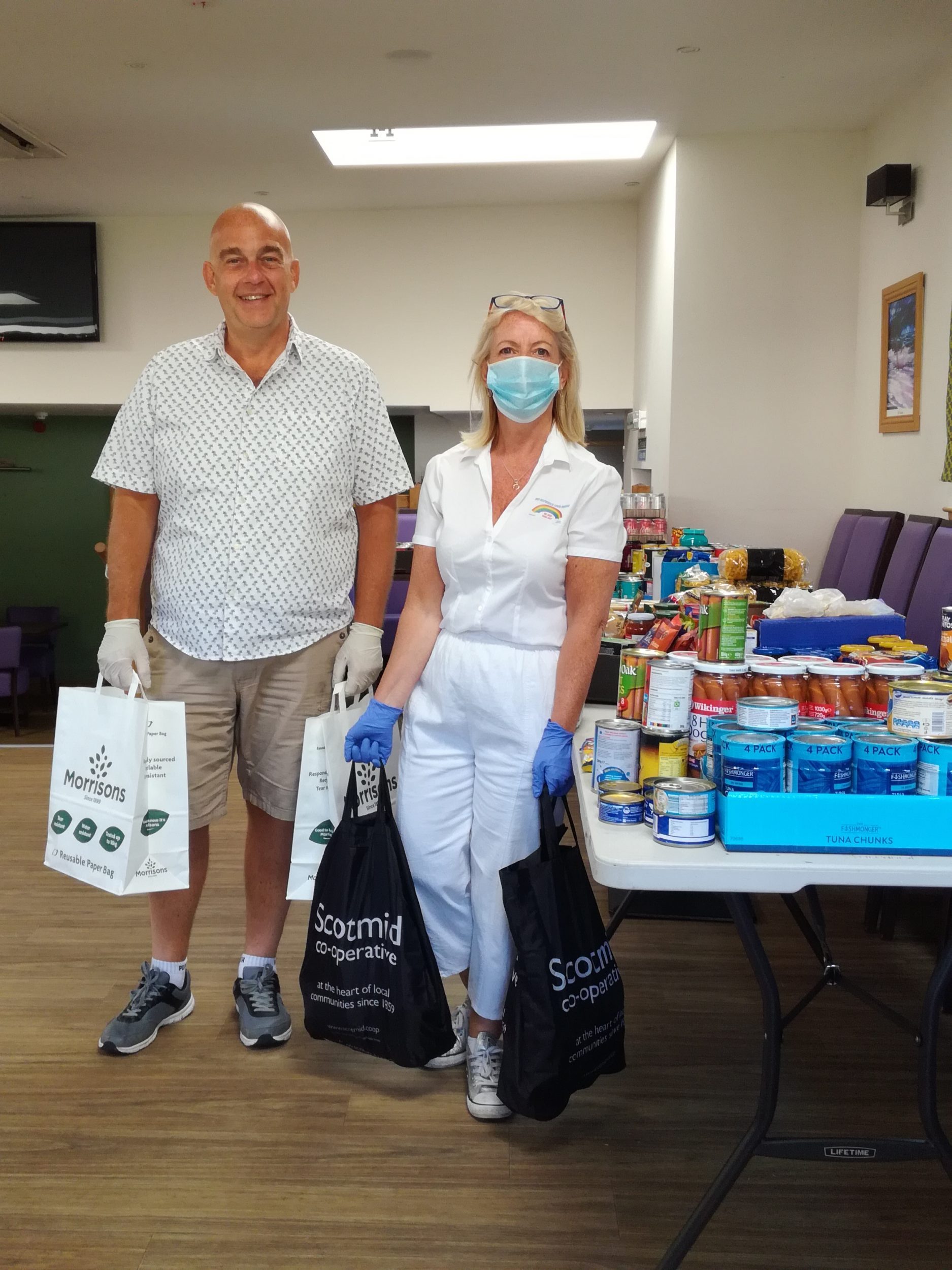 An Old Kilpatrick couple have set up a foodbank for people in the village and nearby communities who are struggling as a result of the coronavirus.

Maureen and Gordon Cummings launched the initiative the first week in May and on the first day gave out 20 food packages.

The couple had initially set up a Facebook page to offer help collecting prescriptions and shopping and a couple of local shops had offered food near its sell-by date.

Maureen dropped this off at the foodbanks in Faifley and Clydebank before deciding to set one up herself.

She explained: “It seemed a bit crazy that I was taking food out of the village so I tried to find out who was running one here but there wasn’t one.

“So I contacted all the local shops and they asked for donations and through the Facebook page we set out to raise £250 – so far we’ve raised £1,000 in just seven days as well as all the food that has been donated.”

The Twisted Thistle pub offered her the use of the back room for as long as she needs it and there are now donation points in several local shops.

Maureen added: “So far we’ve given out 20 food parcels to families and elderly people, we can also give them to home carers for people who can’t get out and we’ll provide a delivery service for vulnerable people in isolation.

“Auchentoshan Distillery have offered us as much hand sanitizer as we want and anyone can come and pick one up, also people can drop donations off here.”