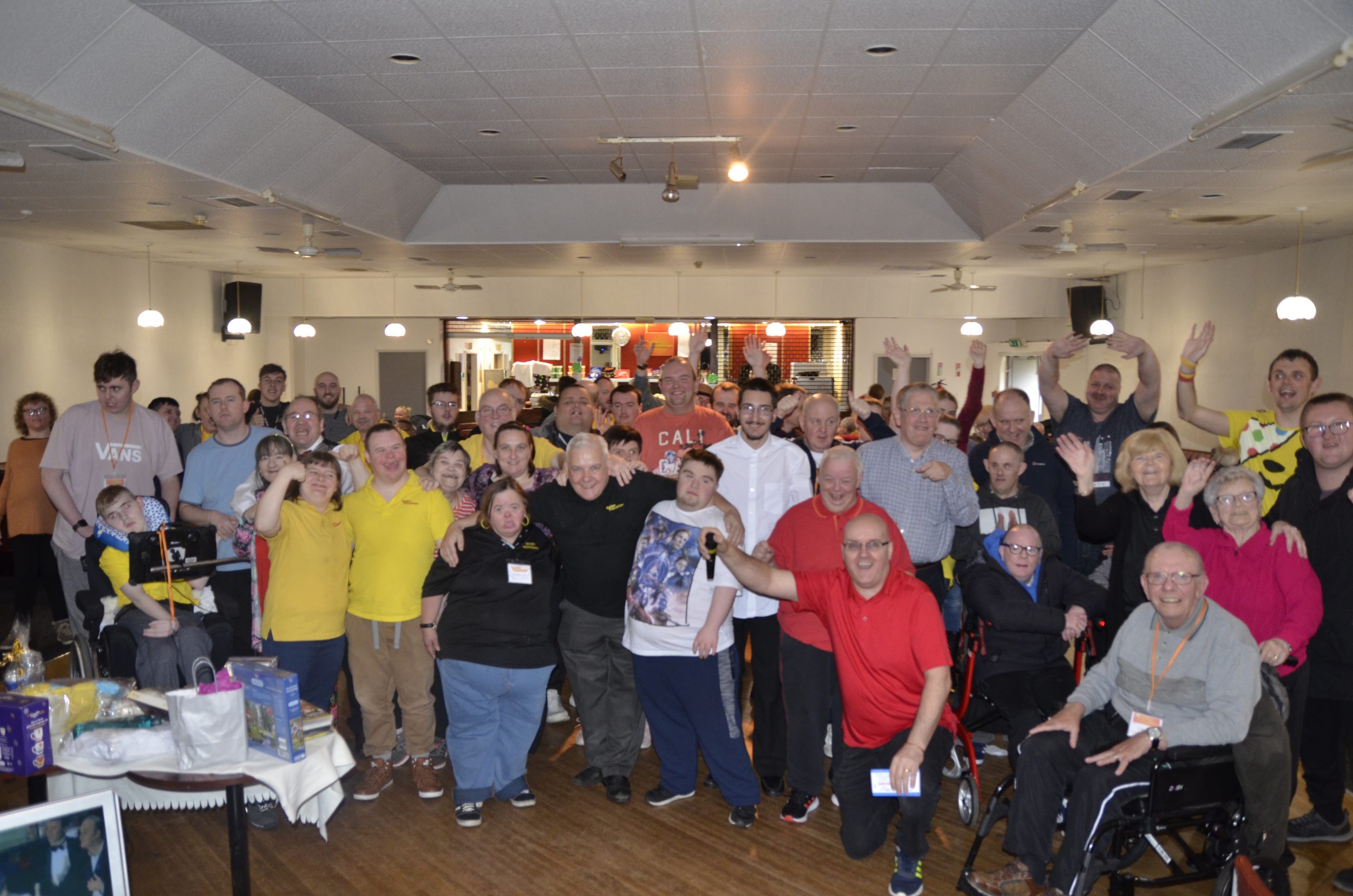 Words and Photos by Charlie Sherry

For 28-year-old Stephen Coombe, life before Golden Friendships Club was a lonely and difficult place.

Walking through the doors of the Dalmuir-based charity with, what he described as “not much expectation and even less personal confidence,” was a life changing moment for the Clydebank lad.

When Stephen was just seven years old, he was diagnosed with a massive brain tumour and given less than 1% chance of survival. Despite the overwhelming odds and after major surgery, Stephen pulled through.

However the illness left him with on-going health issues, needing to take a cocktail of pills each day.

Despite his own personal problems Stephen now not only takes part in most of the activities on offer in Golden Friendships Club, he also runs his own class in disability dance fitness and helps whenever he can with all the other activities.

“I love being a member of Golden Friendships, I have made so many pals and being able to give something back through helping out is brilliant,” he explained.

“Before coming to Golden Friendships, I didn’t have a life. Now I wake up every morning with a smile on my face knowing I will be spending my day down at the Club with all my friends having a good laugh.”

Stephen is just one of hundreds of folk Golden Friendships has helped since that day two years ago when Clydebank cabbie Jim McLaren used a room in Dalmuir’s Masonic Hall to put on a wee afternoon of entertainment for lonely senior citizens.

Jim explained: “I was picking these folk up in my taxi, taking them to the post office to collect their pensions and dropping them back home. They kept saying ‘that’s me for the week son.’

“I found it heart-breaking. For a lot of them, I was the only human being they met all week. I decided to do something – that’s how it all started.”

The first afternoon’s entertainment in January 2017 was attended by 24 senior citizens.

From there Jim set up Golden Friendships Club. With the support of members of his family, an ever-growing team of dedicated volunteers plus financial support from many local businesses and folk from the community the group started to grow.

Now they host over 15 separate clubs per week, ranging from disabled fitness, to bingo and dances. Over 200 members and another 150 non-members regularly attend their various clubs and entertainment events.

Each year the charity goes en masse to Blackpool for an annual holiday.

From Jim’s initial request to use the 543 Club for one afternoon a month, it wasn’t long before the group were using both halls every day of the week, which the Masonic Hall management generously allowed them to do for free.

But when the 543 Lodge decided to merge with another Lodge last year, Golden Friendships faced the prospect of being homeless.

The group felt there was nothing else for it – they had to buy the building.

Jim said: “We were really sad for everyone at the 543. Since the very first event we held here they had been nothing but supportive, both in letting us use the building for free and actually helping out in the various clubs.

“We put in an offer of £80,000 for the building, which was accepted and then had six months to raise the money for our new home.

“We had every kind of fundraiser you could imagine and some you couldn’t, from sponsored walks to dinner dances. We even had a woman with no legs do a sponsored swim, the effort was just amazing.”

In July they reached their target and the keys were handed over to Jim.

The charity is now in the process of refurbishing the place, starting with new toilets and kitchen. They are also organising party nights and taking bookings for the hall to help cover their running costs.

Jim added: “This journey has been nothing short of a miracle. To be able to bring a smile to the faces of so many people who were not in a good place is so rewarding.

“It’s all down to the generosity of those kind folk who donate their money and time to help those less fortunate in our communities, I would like to thank each and every one of them.”

The numbers attending each club increases daily as word spreads.

And Stephen Coombe had this message for anyone hesitant about popping in: “Always try something once, you’ll be welcome here with a big smile, you’ll love it.”

During these uncertain times, Jim and the team are doing everything they possibly can to still support and entertain the community. Singing videos, creativity ideas and updates are being posted regularly. If you are in need of some cheering up and a little connection to your community please pop onto the Golden Friendships Club Facebook group page.