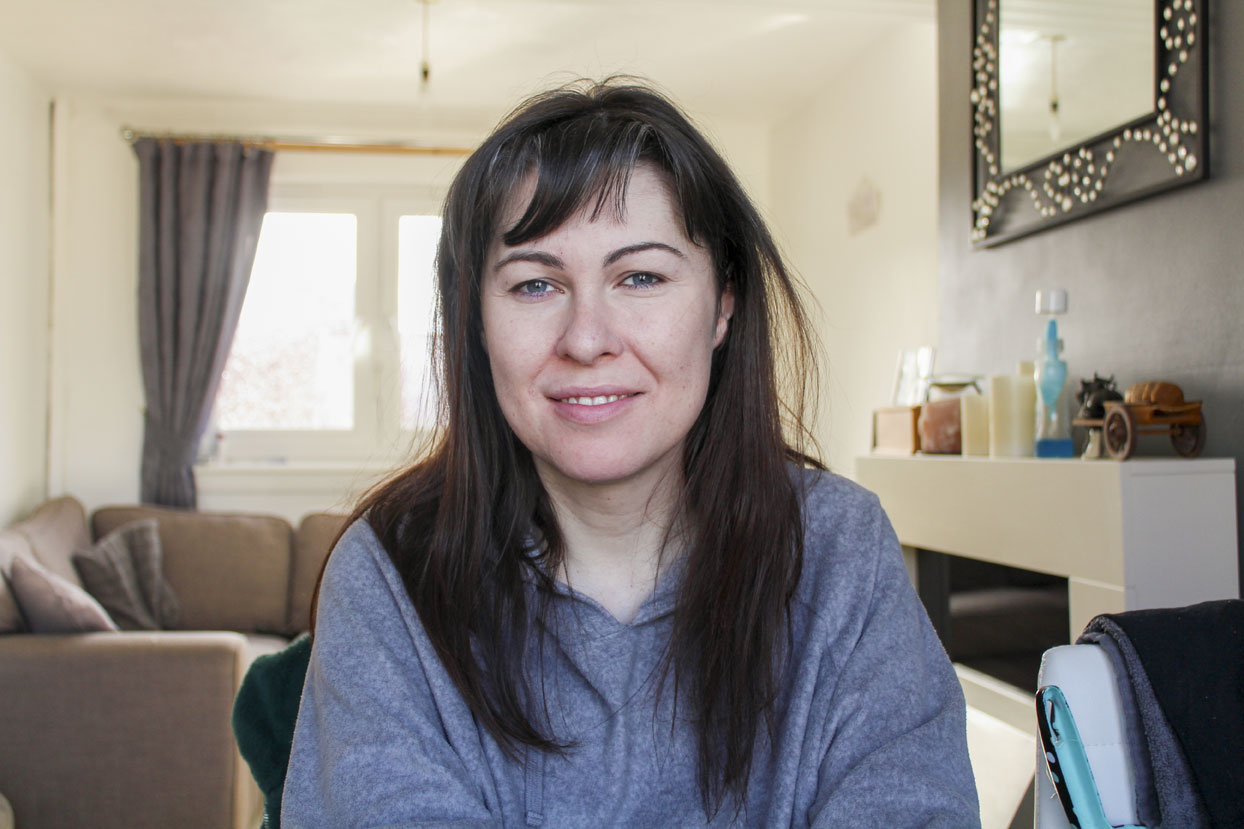 Words and Photos by Angela Clark

“Sit with your daughter and say your goodbyes until she passes.”

Those were the heartbreaking words uttered to the Boyle family from Clydebank as their daughter Jamie-lee lay in a coma fighting for her life.

A week earlier Jamie-lee the hairdresser had been living a normal life to all appearances in good health.

No-one could have imagined that a fall would leave her in desperate need of a liver transplant.

Jamie-lee said: “I fell, went over on my ankle and bruised it badly. I had to take a week off work because of the pain. Then on the Sunday I slipped again and caused more damage.

“I went to hospital on Monday where it was x-rayed. I was told it was too badly swollen for them to do anything, to go home and take paracetamol.”

“The hospital called to confirm I had a bad fracture, they told me to continue taking paracetamol and to come back if it got any worse.

“The pain was keeping me awake so when a friend suggested taking Night Nurse, I took it as well – I didn’t know it also contains paracetamol.”

“By Thursday I had a pain in my side, I was being sick and needed to keep going to the toilet. A family member suggested I keep taking my paracetamol and try to get some sleep.

“The next day I had horrific cramp on my right side and felt really unwell. I called the doctor and was told to call an ambulance. I have no recollection what happened after that until I woke up in the hospital. I was sitting up in my bed chatting with my parents by my side.”

Jamie-lee appeared normal as she spoke to her parents but she was desperately ill. Her organs were failing and the hospital was concerned they wouldn’t be able to deal with her condition. The family was advised to go home and they would be contacted if anything changed.

That call came in the early hours of the morning with the news that their daughter had taken a turn for the worse and been put in an induced coma and rushed to Edinburgh Royal.
They were advised to get there as quickly as they could as Jamie-lee was hours from death, a liver transplant was needed to save her life.

Her heartbroken family gathered around her bedside hoping and praying for a miracle. That hope was slowly slipping away, they were told there was nothing else could be done and to spend what time they had left with her.

It was while they sat with their daughter for what they thought would be her final hours, that the hospital learned a donor had become available and it was a match.

When Jamie-lee woke after the transplant she was unaware what had happened and was shocked at the news.

Tests revealed that her liver only been functioning at 32% and the quantity of paracetamol products she had taken had resulted in the sudden organ failure. Under other circumstances she would have been placed on the Organ Donor waiting list.

She said: “It’s automatic, if you have a sore head you take a painkiller and think nothing of it. I thought paracetamol are not that strong as you can buy them over the counter. I woke up in a room and every part of my body failed that day just from taking paracetamol. I am now on heart medication for the rest of my life.”

Vanessa Hebditch from the British Liver Trust said: “It’s really important people are aware that taking too much paracetamol can severely damage your liver and cause acute liver failure.”

There are currently around 6000 people on the UK transplant waiting list, last year 400 people died while waiting for a transplant.

Jamie-lee no longer uses paracetamol products and has herself become an organ donor, she hopes by sharing her story she can encourage other people to do the same.

She added: “I had never even thought about organ donation before. Whether or not you believe in God when you pass on you’re not going to need your organs wherever you are going.

“A family has been kind enough to save my life and many others, on the day they lost someone close to them which must have been an extremely difficult decision
for them and one which I will be forever grateful.”

Jamie-lee intends to write to the donor’s family to thank them for their gift of life, she knows it will be one of the hardest letters she will ever have to write.

To register your decision to donate on the NHS Organ Donor Register visit https://www.nhsbt.nhs.uk/