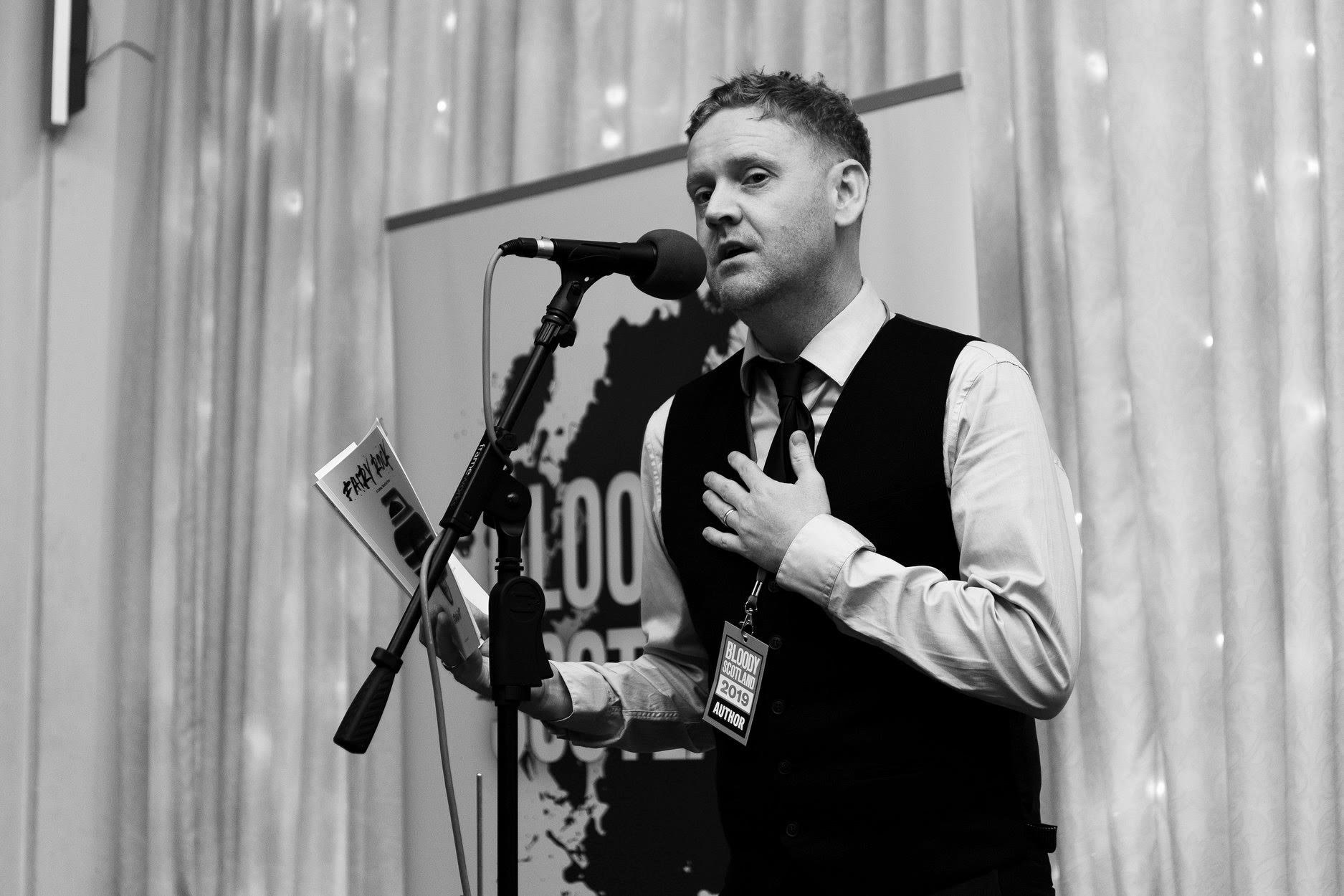 Good writers find inspiration in the unlikeliest of places, but there can be few who have discovered their muse in a knife attack.

Yet this is what happened to Dumbarton poet Stephen Watt, who used this traumatic experience to uncover his inner creativity.

Stephen was just 19 when he was mugged twice within a few months, in the second attack his assailant held a knife to his throat.

Shortly before the first assault Stephen had started writing about every day sounds and smells he encountered at home and work.

“I was lying in my bed, hearing a bin lorry going down the street – I wrote something about it.

“A week afterwards I got mugged on the train by a drug addict, then the same happened four or five months later – this time he held a blade at my neck.

“My counsellor encouraged me to keep writing, said that it would be therapeutic – so I did.”

It was then Stephen discovered poetry ran in his family.

“My mum told me my grandfather was a poet and she found a book he had written in 1934 when he was 19 – it was a really nice link to my past and I never looked back from there.”

Stephen dedicated years to learning his craft, submitting poems to magazines, books, competitions and self-publishing some of his work before getting his big break 11 years later.

“When I turned 30 I wanted to give myself a new challenge and thought about reading my poetry live. I found this spoken word night up in Partick.

“I wanted to watch but they said just come and have a go – it was October 2010 – and that was me off, the journey began.”

He quickly discovered that reading his poems aloud to an audience gave them a whole new life.

Within months of that first Glasgow gig Stephen beat 8,000 poets to be crowned the champion of the Poetry Rivals Slam in Peterborough. The prize was the publication of ‘Spit’ – his first collection of spoken word poetry.

There followed a series of awards and firsts as he looked for novel approaches and outlets for his creative talents.

It was while living in Old Kilpatrick, almost directly under the Erskine Bridge, that Stephen became aware of the impact poor mental health has on the lives of so many people.

“I got speaking to people like Pat and Jim Byrne and Ann Morgan and found out about the Butterfly Action project, it was a real awakening for me.”

Attending mental health first aid training the stories he heard inspired him to explore the complexities and pressures faced by many young people.

And in 2016 his second poetry collection ‘Optograms’ was published.

This booklet is filled with marginalised voices, each accompanied by a helpline number for any reader his words may connect with.

Reaching new audiences, particularly those who are maybe unlikely to come into contact with poetry, became a passion for Stephen leading him into some unconventional places for a poet – including the grounds of his beloved Dumbarton F.C.

After his poem ‘Boghead’ came third in a national football poetry competition, the Sons fan hit on the novel idea of being a poet-in-residence for his local club.

He began petitioning the Club to let him share his poetry with the fans and in 2016 they finally agreed.

“By using football as a way to reach people I wanted to break down some of the barriers people have to poetry and try to change mind sets about it,” he explained.

Although not set locally –the title refers to Ailsa Craig – Stephen continues to find inspiration in the sights, sounds and smells he encounters every day in his home town.

Copies of ‘Fairy Rock’ are available by contacting ‘Stephen Watt Poet’ on Facebook or from Red Squirrel Press at
https://www.redsquirrelpress.com/product-page/fairy-rock-stephen-watt