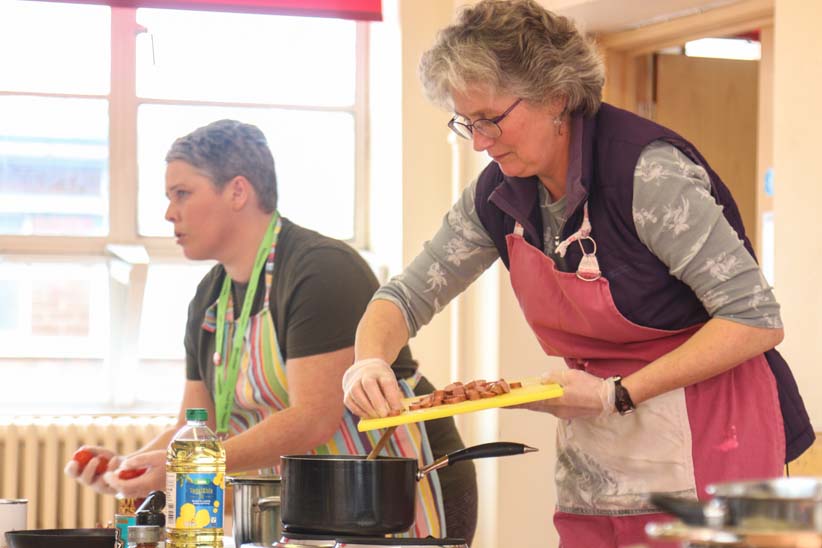 Tackling poverty is a community effort in West Dunbartonshire.

Yet much of this work gets little publicity. Community groups, charities, social enterprises, faith-based organisations and (extra)ordinary folk are busy working away to challenge the problem.

Last year we ran a series of Community Media workshops and asked participants to look at how we could cover the topic of poverty from a solution-focused perspective. One idea they came up with was an event to raise awareness about these groups.

So we decided to bring as many of them together and host our first Community Gathering – Focus on Change WD: Learning from the Grassroots.

Over 50 participants from 20 local organisations joined the day-long event in Dalmuir C.E Centre.

We developed our own Discuss It, Create It and Build It model of engagement. We hoped this would be both informal and solution-focused, encouraging people to get to know each other and share ideas with as few barriers as possible.

We chose three topics where West Dunbartonshire has a wealth of potential to challenge poverty and split the day into three themes: Creativity, Heritage and Sustainability.

Each theme had three catalyst speakers for the Discuss It sessions and local creative facilitators hosting the Create It sessions.

In the Heritage room archaeologist and academic Kenny Brophy, local historian Elspeth Crocket and Andy Cochrane from Alternatives WD and the Skylark IX Trust, shared their experiences of tapping into the area’s wealth of local history and how the past had an important role to play in the area’s future. The group also discussed the need for the community to be involved in defining and developing that purpose. 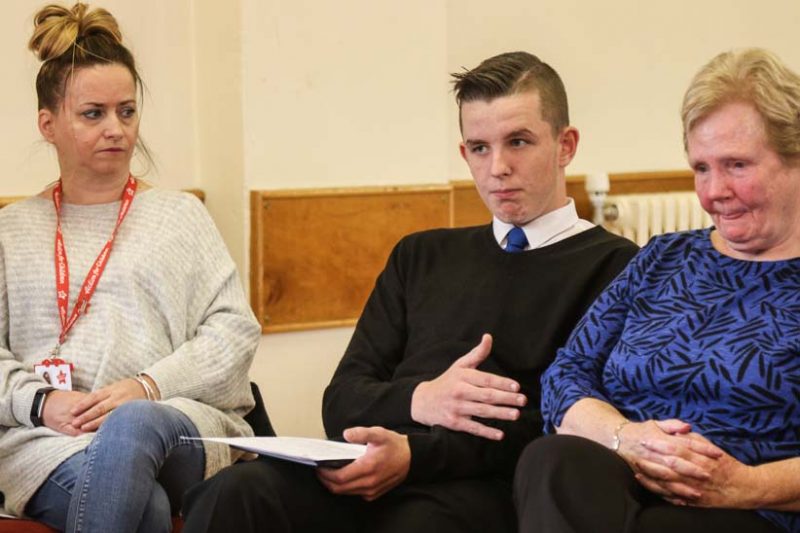 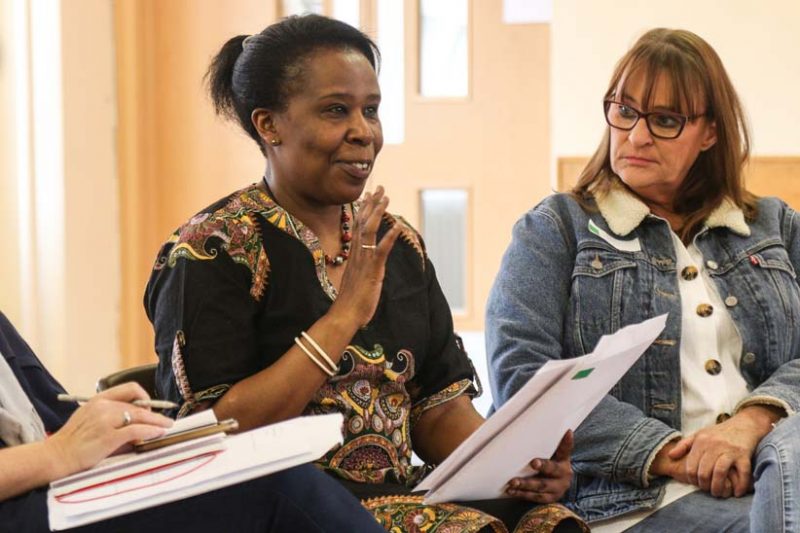 Sustainability speakers, Dumbarton Academy pupil Cameron Russell and Rose Sehakizinka, project co-ordinator for Isaro Social Integration Network shared how activities such as recycling, gardening and community cooking are helping to bring people together who are struggling with poverty or social isolation. Robin Tennant from the Poverty Alliance also gave an overview of what measures the Scottish Government is taking to try and address some of the issues associated with poverty.

After hearing from the catalyst speakers each group explored the topic in more detail, talking about the work their organisations and projects are doing, the challenges they face and the barriers which can stop people from getting involved.

By the end of the Discuss It sessions new connections were made and ideas for various partnership projects were flowing.

We then moved into our Create It sessions. In the Sustainability room there was a Ready Steady Cook-style cook-off with local chefs from community food charities Food for Thought and Made With Love. Using a bag of goods from a local foodbank and fresh produce from Jackie and the Beanstalk’s local market garden they whipped up quick and easy, low cost meals. As they cooked they shared tips on fuel efficient cookery, tackling food waste and shopping on a budget.

Meanwhile in Creativity the Braw Talent team had participants scripting, making props, performing and filming for a tongue-in-cheek promotional video of Clydebank as the new up-and-coming holiday destination. Watch it at www.clydesider.org

And in Heritage local poet and historian Ann MacKinnon, got the group working together to compose a Scots ballad about Clydebank’s shipyards.

The three groups came back together for our final Build It session to identify gaps, suggest ideas and offer resources to build on the interest to make change happen.

While there were many problems identified which required significant system change to fix three actionable proposals at community level came from the event.

One of the biggest gaps identified across all themes was a lack of a community information sharing space for West Dunbartonshire. The Clydesider website has been revamped to try and resolve this with an Events Calendar, Community Directory and Community News section which can be added to by any local charity, group or organisation free of charge.

Several community events were suggested to bring groups together including involvement in next year’s Scottish Mental Health Arts and Film Festival and a West Dunbartonshire Community Celebration of everything positive.

The was also a desire to keep the connections alive that had been made on the day and Tracey Groom from the Chest, Heart and Stroke Club offered to set up a regular Breakfast & Blether group for local community groups to meet, share information and explore ideas for potential partnership working.

It was also suggested to link the interest for a sustainability network with the existing Growing WD network.

Smaller, but equally important connections and actions were planned on the day. One charity offered another their leftover clothing to be recycled into new goods; a housing support charity took the leftover fresh vegetable to introduce their residents to Jackie & the Beanstalk’s fresh veg boxes at their next community cooking session and our creativity speakers were looking for opportunities to work together.

Following the event we have been informed that several of the ideas shared around community transport and out of home hunger will be incorporated in local and national strategies.

To find out more about any of these ideas, please contact our Community Engagement worker Jenny Watson on 01389 381110 or email jenny@clydesider.org.