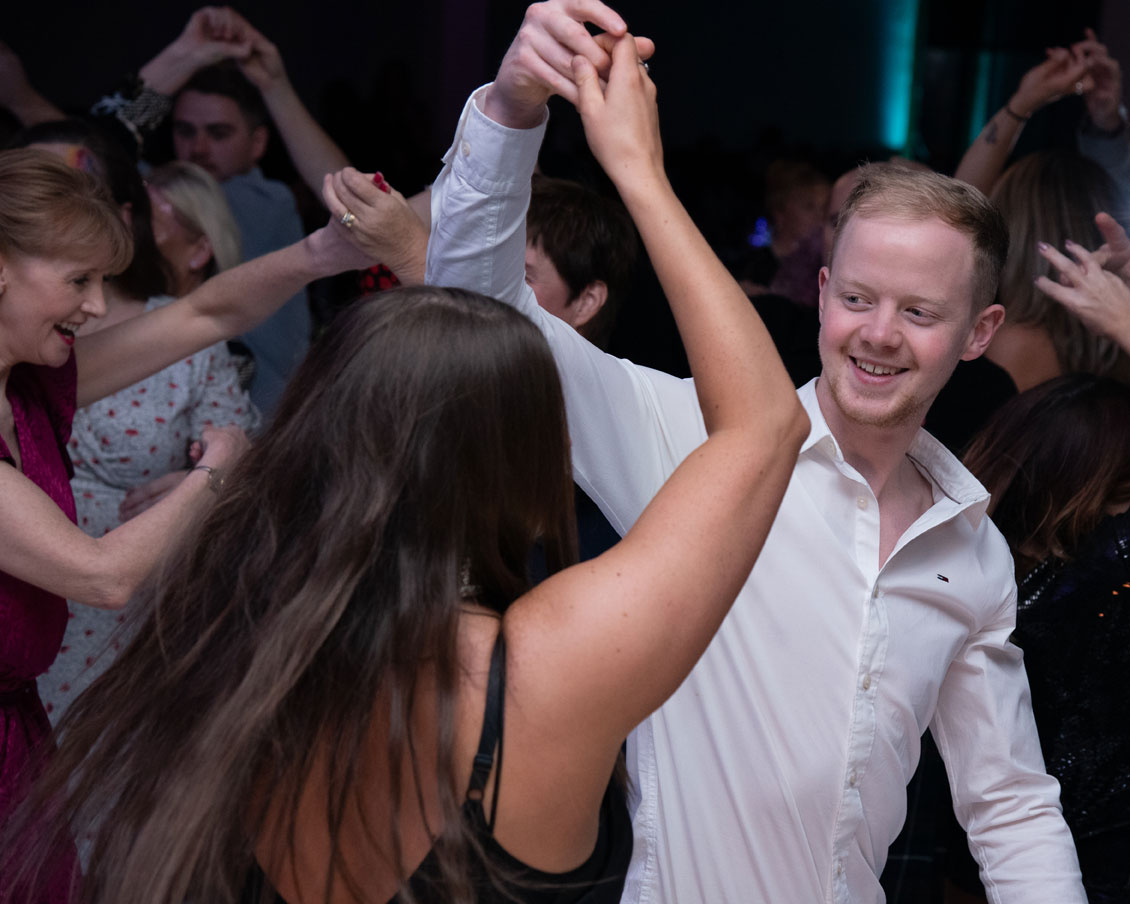 A local mother and daughter put the fun into fundraising with their annual charity Big Night Oot last week.

The Flutterby FUNdraisers returned to the Erskine Hotel decked in their finest clothes, to laugh, dance and raise money for medical research into a cure for Cystic Fibrosis.

Flutterby FUNdraisers was founded in 2007 by Bonhill resident Maggie Gallacher and her daughter Kelli, who has Cystic Fibrosis. 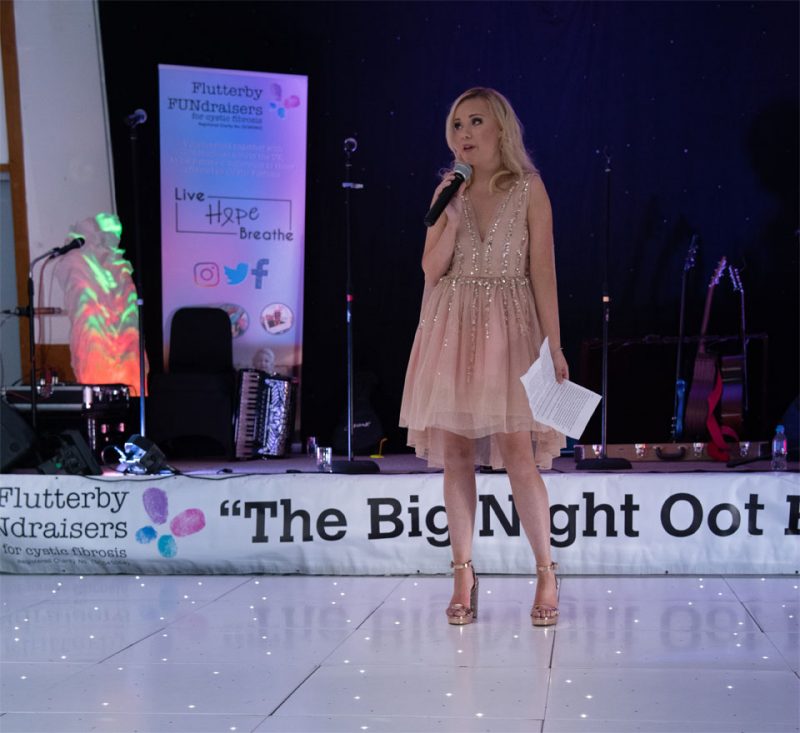 Kelli has been the driving force behind the charity’s work in directly funding the UK Gene Therapy Consortium, even going as far as reaching out to Scottish First Minister Nicola Sturgeon for support.

At the Big Night Oot, Kelli gave an emotional speech detailing how Scotland has spearheaded the UK’s licensing of the life-extending drugs Symkevi and Orkambi, making them available on the NHS.

England and Northern Ireland have since followed suit and, as Kelli mentioned in her speech, “we are now just waiting to hear from Wales.”

Cystic Fibrosis is an inherited genetic condition that affects around 10,500 people in the UK. The condition causes a build-up of mucus in the lungs, digestive system and various other organs, breeding a range of symptoms that – ultimately – make life more difficult and shorten life expectancy. Currently there is no known cure, the condition can only be managed with medications, physiotherapy, nutrition and exercise.

The event’s attendees were treated to a host of fundraising activities such as the gift bag ring toss, a prize raffle and 64 roses, where the men clambered over one another to secure one of the rainbow coloured roses made especially for the charity. 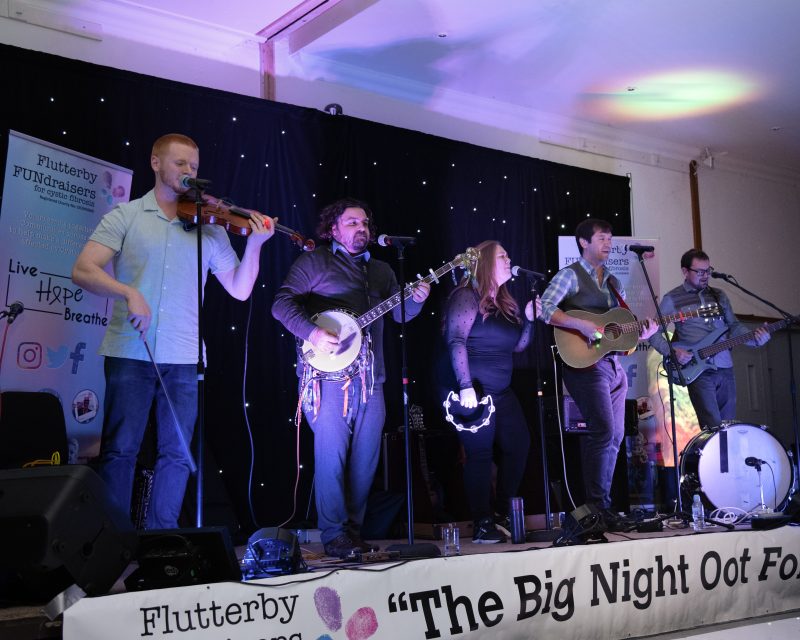 From its humble beginnings as a family run charity, Flutterby FUNdraisers and The Big Night Oot has grown through the continued love of the local community and the support of the Scottish Government.

The grand total raised at the event was £11,250.21 and every penny will directly fund the search for a cure. As Kelli said: “Our fight is not over. Our charity will continue to support research into Cystic Fibrosis to help everyone. No one must be left behind.”

You can donate to Flutterby FUNdraisers or follow them on Facebook for announcements about their The Big Night Oot 2020.

(All images copyrighted by Derek McCreadie)