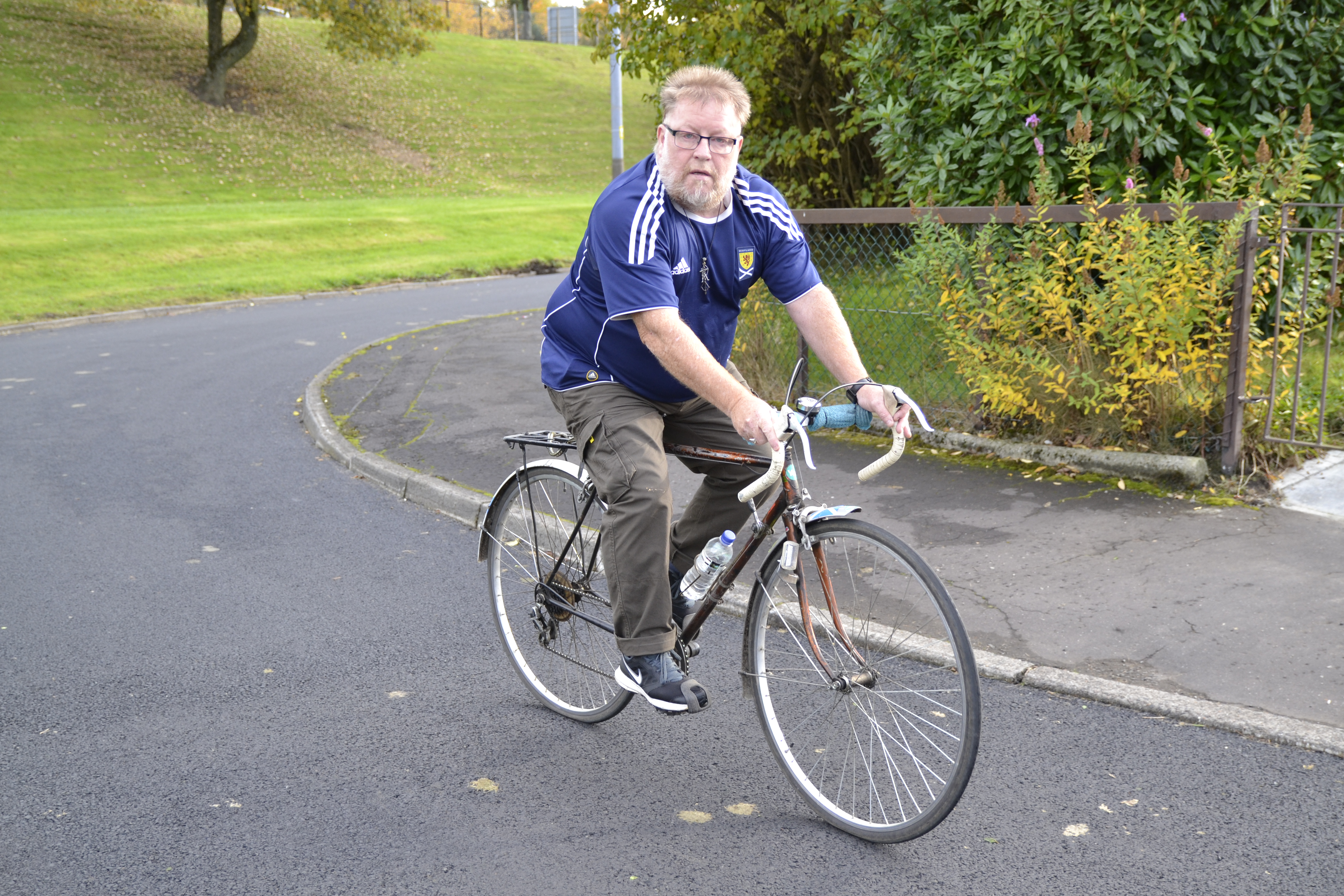 This was the beginning of a conversation Clydebank lad Alex Scullion had with his brother Reg sometime early in 1980 which ultimately led to the two working class brothers defying the odds to cycle across the continent of Europe, right to the very heart of the old Soviet Union, to watch fellow Scot Alan Wells collect the Olympic gold in the 100 metres, the showpiece event of the 1980 Moscow Summer Olympics.

Like most Scots, fiery redhead Alex was heavily into his sports, he had always wanted to attend the Olympics but being an unemployed working class lad there had always been one great hurdle in place – that being he was always skint, in fact poverty and unemployment were at endemic levels across Scotland’s industrial heartlands at the time.

It was only when Alex was watching another news report about some other country pulling out of the Moscow Olympics due to the Soviet Union’s military intervention in Afghanistan, that he came up with his Herculean idea of cycling to the Games.

As Alex explained: “At the time I was attempting to recover from a close personal tragedy, this was the catalyst that inspired me, I felt I had to do something to try to shake myself out of it.

“We were free to do what we wanted, both of us were unemployed with no prospect of a job anytime soon. Add to this, I was pissed off with how the West was once again ganging up on what I looked up to as the nation attempting to build a classless socialist society.

“I had no idea how I was going to achieve it, but I was cycling to Moscow.”

“I was and still am a socialist. My mind was made up, I had no idea how I was going to achieve it, but I was cycling to Moscow.”

Initially more than 50 people agreed to join Alex and Reg on their madcap adventure, but when push came to shove it was only the Scullion brothers that showed the determination and fortitude to face whatever lay ahead on the road to Moscow.

Alex and Reg now had their mission but being the big-hearted Bankies they still are today, they decided to use the opportunity to raise money for Yorkhill Children’s Hospital – a cause close to Alex’s heart given the personal tragedy he had recently lived through. Their generous decision raised the equivalent in today’s money of over £20,000 for the hospital.

Amidst the fanfares and bustle of the press the brothers cycled out of the grounds of Yorkhill Hospital on May Day, International Workers Day, 1st May 1980, heading east, bound for Moscow.

The pair were now on their way to the Olympics with only the small obstacles of England, the Channel, Western Europe, Eastern Europe and a large chunk of the Soviet Union in their way, nae bother tae the Linnvale lads.

Through England and Western Europe, the trade union movement in Scotland had arranged for union activists in the various countries to provide accommodation for them, it was only when they crossed to the border into the old East Germany, which back them was still a communist state, that, somewhat bizarrely to the lads, their adventure became headline news across communist Eastern Europe.

Obviously cycling across Western Europe was no mean feat, and as Alex said: “It was testing, not only physically, but emotionally as well.” Brothers being brothers, it was inevitable that sibling rivalry, no matter how mild, reared its ugly head. With the Scullion brothers arguments never lasted too long before being replaced by laughter.

Alex recalls an incident in the middle of Belgium or Germany, “the argument got a bit heated, I was sure I knew where I was going and Reg was as equally sure it was the opposite way – next thing I know he threw a toothbrush, of all things, that whacked me on the nose. After that, we both fell about the floor laughing, I can’t remember who was right or wrong about the route after that, it didn’t matter. That was Reg and me for you.”

Across Poland and into Russia Alex and his brother were constantly being interviewed by the local press and TV, they were getting old hands at their new found celebrity status.

And on Saturday 5th July 1980, to the cheers of crowds and under the glare of TV cameras, Alex Scullion and Reginald Scullion, were met in the heart of Moscow with an official state welcoming party, handshakes and hugs were in full flow. Despite all the odds stacked against them, they had cycled to Moscow and arrived 13 days before the Olympic opening ceremony.

On arrival in Moscow, the lads were given a guide who also acted as an interpreter; Alex was constantly asking her to repeat the Russian name for something or a Russian phrase and the more the interpreter repeated, the more Alex began to understand Russian. This process continued over the course of the weeks of their visit until one morning a local spoke to Alex in Russian and he understood exactly what he was saying, not only that he was able to reply.

You would be forgiven if you thought cycling from Clydebank to Moscow was enough of an achievement in itself but not for Alex, through the same determination and single mindedness demonstrated in his colossal journey, he had disciplined himself to learn Russian and he still speaks it to this day.

The brothers spent over five weeks in Moscow, heading for home a week after the Olympics finished. With the help of their guide, they visited most of the usual attractions in Russia’s capital – Lenin’s Tomb, the Kremlin, Red Square, St Basil’s Cathedral and Gorgy Park.

But the visit that stands out most for Alex does not fall into the usual ‘sightseers’ category, he explains: “One day we were taken to the house where Yuri Gagarin – the first man in space – was born and brought up, sadly he died in a test flight in 1968 but his mother Anna still lived there.”

After the lads were introduced to Anna, Alex spotted a guitar, Reg and Alex being keen musicians, Alex asked if they could play a tune.

“We played ‘Auld Lang Syne’ as I knew Rabbie Burns was very popular in Russia, after we finished playing, Anna asked for another song. Given where I was and whose house it was, I thought we would play David Bowie’s ‘Space Oddity’, a wee bit cheeky I know, to be honest I don’t think Anna understood the lyrics anyway.”

From daring to dream that he could cycle all the way to Moscow for the Olympics, Alex and his brother Reg found themselves honoured guests of the Soviet Union at the opening ceremony and had front row passes for all the major events at the games, in particular the 100m, in which they witnessed fellow Scot Allan Wells become the first Scottish athlete to win gold in the event.

A great moment of pride for Alex as he is passionate about his homeland: “My heart was bursting with pride when Allan Wells crossed that line first, here was a Scot winning the most prestigious event of the Olympics and my brother and me were guests of honour to witness it, it doesn’t get much better than that.”

Now in his sixtieth year Alex reflects back on his amazing journey, not just in distance, but psychologically of how it helped him grow as a human being, in understanding others and gave him a tremendous insight into a world he only ever dreamed of beforehand.

His advice to all who dare to dream, no matter what that dream maybe: “Go for it, don’t let anyone tell you it can’t be done or you are not quite good enough, you have to believe in yourself, if you do, you will find a way to achieve your dream.” 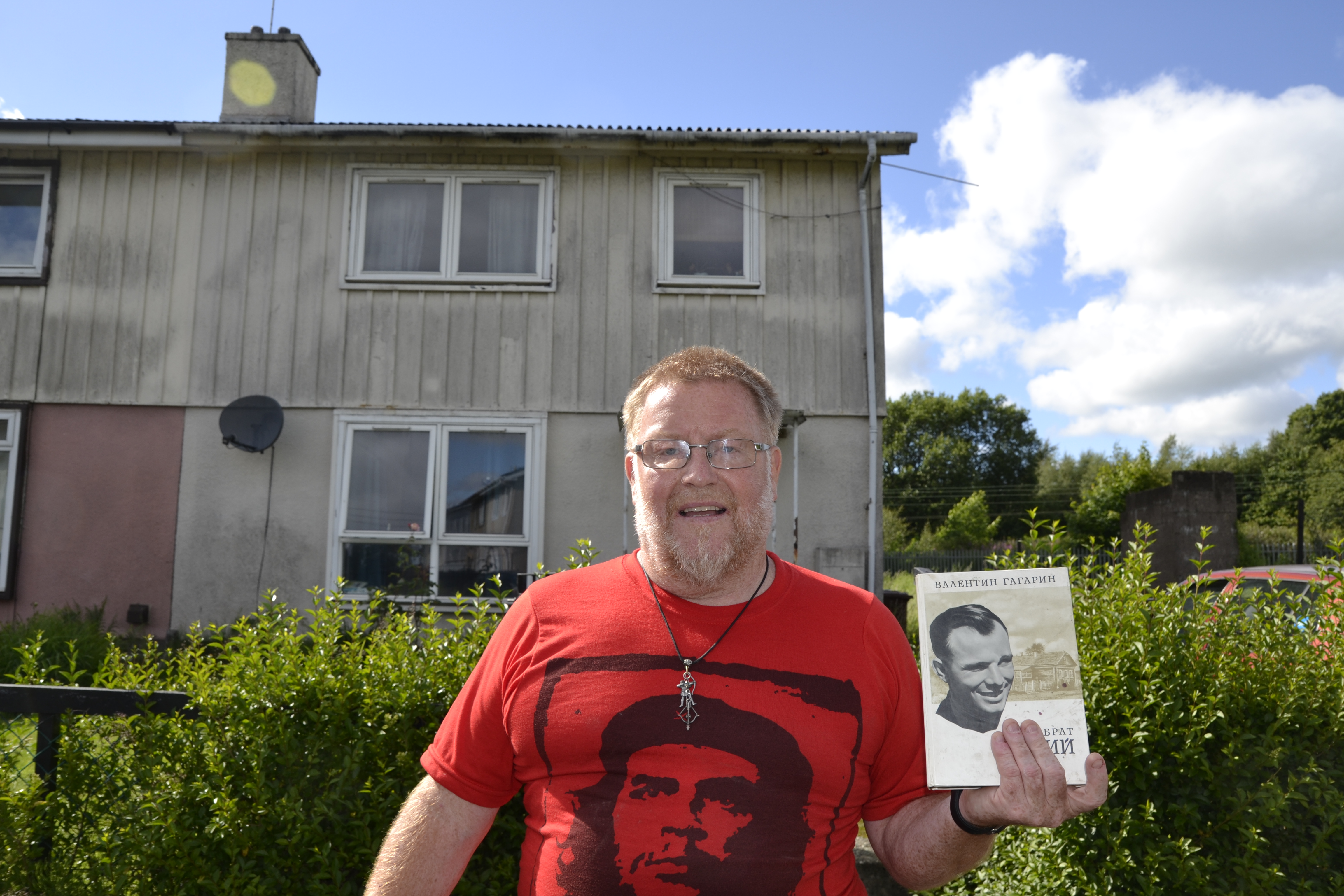 When Clydesider heard the Scullion brothers’ story we knew there was much more to tell than we could share in this magazine so we introduced Alex to local writer and Clydesider contributor Paul Murdoch and the pair are now collaborating on a book about his adventures.