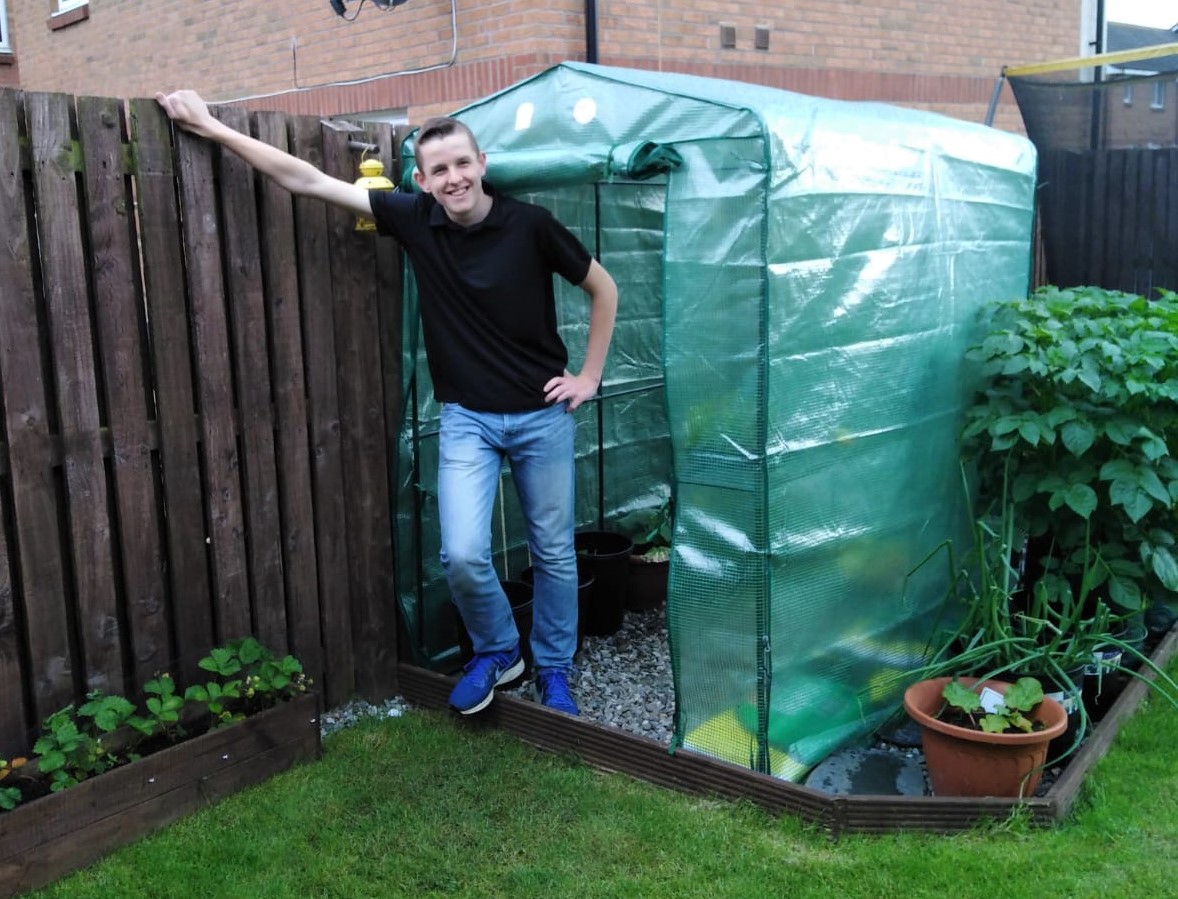 Faced with barriers and adversity in life, we sometimes chose the option of hiding and avoiding.

A few years ago, he struggled with starting a new school and it impacted his mental wellbeing. Until a teacher recognised Cameron’s qualities and encouraged him to join the school gardening club.

Dubious at first, it very quickly became a passion for the 15-year-old. “I find it fun and quite relaxing and it helped me when I was struggling,” he explained.

Not only did he have a natural talent and enthusiasm for working in the school garden, but he also made it an attractive and interesting activity for his peers to join in. They put in a lot of time and hard work as the garden was in dire straits and needed extreme tlc.

Thanks to Cameron’s networking skills, the school received £2,500 funding for a polytunnel and the young gardener helped source and purchase it then worked with gardening group to build it in just three days.

In 2018 Cameron was nominated by former teacher, Joanne Harvey, for the Royal Horticulture Society ‘Young Gardener of the Year’ award.

And at the finalist’s ceremony in the RHS gardens in Wisely he discovered he was the winner.

Cameron said: “It was a great experience, seeing their gardens and what you can do. I couldn’t believe it when I won – I was so pleased. It really boosted me and made me keep going with the school garden.”

Since then, he has won several awards including West Dunbartonshire Youth Alliance for Environment, Proud of Dumbarton – two years in a row, and the Ronald G. Nixon award for Achievement at Dumbarton Academy.

When not in school, either in the classroom or in the garden, Cameron volunteers with the Boys Brigade building bat and bird boxes for the Woodland Trust.

He has helped make over 250, which are placed all over the Crags and Kilpatrick Hills.

And for the past 18 months he has been running his own gardening and upcycling business, with a very extensive client list.